Before COVID-19 reached the United States, the nation’s last major brush with a pandemic was when a deadly flu rampaged across the globe. In this audio interview with Professor David Sloane, we look back at how the 1918 pandemic ended in America and what that might mean for COVID-19.

What will happen to COVID-19 as vaccinations across America increase? Can the aftermath of the 1918 pandemic help us predict what comes next? This is Steve Cimino of USC News, and I’m here today with David Sloane, professor at the USC Price School of Public Policy and an expert in urban history and community health. David, how did Americans react to the 1918 influenza pandemic? Was it similar to how we responded to COVID-19?

Actually, the reaction was quite similar. There were a couple of big differences, the most important of which is we know a lot more about vaccines and are able to move forward with them much more rapidly. The initial reactions were similar; in both cases, the society was deeply shaken, especially in the second phase of the flu epidemic, which was the one with the most mortality. It took off very quickly and was devastating, especially on the East Coast.

I think the biggest similarity for someone looking back is the confusion that people felt about how to react to it. There was a lot more naïve belief in science then than there is today. So when the government said “put a mask on,” people pretty much put a mask on. When the government said we’re going to have to social distance — they didn’t use that phrase, but they were trying to do that — it was similar, so that’s a difference between the two. But one of the similarities is, as the pandemic continued, people began to get grumpy. They began to break the rules more and more. And when there was a third phase later in the spring, they really were not as willing to continue the preventive measures.

The last difference, I would say, is that in 1918-1919, the governments were pretty consistent. The mayor of San Francisco is arrested for not wearing a mask and fined. There is a clear set of responses, unlike during our time where there were enormous amounts of confusion.

So how did the pandemic ultimately end, at least in America? Obviously, it wasn’t like this current pandemic, with a vaccine being produced in record time.

Flu vaccines are going to take another decade or so before there’s a vaccine, after 1918-1919, and so the pandemic ends in surprising fashion. Flus are much more difficult to continue, the flu epidemic is much more difficult to continue as the weather changes and as a lot of people get the flu. Millions and millions; we really get towards herd immunity. 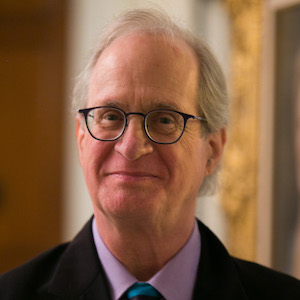 In the spring of 1919, the number of cases drops precipitously and stays that way. There is a series of outbreaks in 1920, and it’s a little unclear how long that goes on, whether it’s just 1920 or if it’s 1921, 1922, 1923. But the epidemic really collapses in a way. And this is partially because it’s a flu; it’s not a coronavirus, and those things are different. The flu goes through a community much faster than the coronavirus. When you get the flu, you get it very quickly, you get sick very quickly, you get better pretty quickly, within a couple of days, unlike with the coronavirus. And if you’re going to pass away from the flu, you’re going to do it relatively fast compared to the coronavirus.

In our case, it’s going to be different because it’s going to have a longer tail. It’s going to have longevity at the end that the flu epidemic did not have. At the same time, it came back pretty severely in 1920, not nearly as severely as in 1918 or 1919. But it is a reminder that this isn’t over. We are not done yet.

With that in mind, David, and with vaccines being slowly but surely delivered throughout the country and the world, what should the average person be feeling right now in 2021? Excitement about how medical science may shorten this pandemic and limit deaths, or concern about a still-uncertain future?

Sadly, I think you’d have to feel both. Which is not easy for people, it’s going to be a little conflicting. It is conflicting for me; I have been vaccinated as a member of the faculty at USC who is over 65. And I know that when I got my second shot, I was very happy. It’s a feeling of great relief that there is the possibility that we’re seeing the end of this. And as I watch my friends and colleagues get vaccinated, I can see in their eyes and in their actions and in their emotions the same feeling of relief.

I’m not sure we’re at the point where it’s joy yet. Because I think we all recognize that people are still dying, and dying in large numbers, much larger than we’d like. I don’t think any of us really believed we’d get to 500,000 [deaths], except for the people who do this for a living who predicted that we’d get to somewhere near here. I think all of us have to be cognizant of the pain and suffering. The time that it takes for people to recover from this can vary from very brief to very long. This is going to have an impact upon our society even without significant numbers of people still getting the coronavirus. It’s going to have a significant impact upon our society for many, many years, because people are going to have weakened hearts and weakened metabolic systems because they made it through the virus.

But I think that the one moment when you get the vaccination, and you know your friend is getting the vaccination… I have a friend who I hadn’t seen in three or four months. He and I met; he had been vaccinated, I was vaccinated, we both had masks on. And we hugged for the first time in a year. So that kind of joy, and it was joyous, is there. And yet, at the same time, the news is too unclear for us to really feel full relief. We have to be cautious, we have to be thoughtful, we have to continue to be careful and social distance and wear our masks for the foreseeable future. All that is true, we have to do that. But I will say, the ray of hope is expanding.

I think, at this point, many people will take any hope and joy that they can get. Thanks so much for your time and for your cautious optimism, David Sloane, we really appreciate it. This has been Steve Cimino with USC News.

As collective memory fades, so will our ability to prepare for the next pandemic

To avoid a crisis when the next pandemic strikes, people must recall the risks and prepare accordingly, writes a USC Dornsife philosophy doctoral candidate.

USC research showed that people born during or just after the 1918 flu pandemic faced increased heart disease risk more than 60 years later. The legacy of COVID-19 could be worse.

Are lockdowns unnecessary? Are we already in the second wave? Geoffrey Joyce of the USC Schaeffer Center for Health Policy & Economics sets the facts straight.