Women’s History Month is bringing leading activists, scholars and creators to USC through a series of virtual events throughout March. 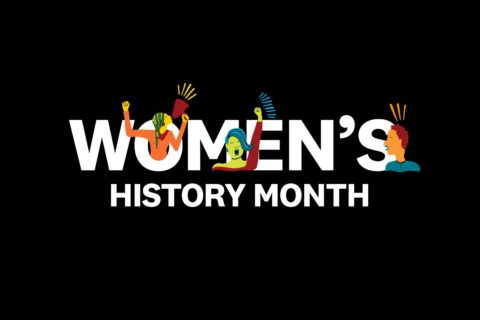 The month’s events include a celebration of International Women’s Day. (USC Graphic/K Selnick)

“This month, we celebrate extraordinary American women — astronauts, doctors, educators, engineers, scientists and social justice advocates — who have contributed to the rich history, growth and success of our communities and country,” said Provost Charles Zukoski.

“Women are continually achieving firsts. This year, we can celebrate the legacy of struggle to ensure women’s voices are heard in the political arena — from Susan B. Anthony presenting an amendment to Congress that would give women the right to vote to Kamala Harris becoming America’s first female vice president. We celebrate the stories and contributions of women — those told in history books and the ones yet to be written.”

The month’s events include a celebration of International Women’s Day, film screenings, and conversations about women in traditionally male-dominated industries like law enforcement and sciences.

A full list of events is available online. Below are a few highlights:

Rachel Bloom: Co-creator and Star of Crazy Ex-Girlfriend
Tuesday, March 9, 5 p.m.
Bloom will read from her memoir, I Want to Be Where the Normal People Are, and discuss her writing, acting, singing and comedy with Karen Tongson, chair of the Department of Gender & Sexuality Studies at the USC Dornsife College of Letters, Arts and Sciences. Copies of Bloom’s books will be gifted to USC students on a first-come, first-served basis, courtesy of LGBTQ+SC.

Women in the FBI: Employer Panel and Information Session
Thursday, March 25, 3 p.m.
Hear directly from employees working in the FBI, which hires applicants from all educational disciplines and professional industries — all majors are welcome.

Daughters of the Movement
Monday, March 29, 5 p.m.
The daughters of the women and men who led the Civil Rights Movement share an oral history of the wisdom passed down to them by their parents. Speakers include Gina Belafonte, daughter of Julie and Harry Belafonte; Suzanne Kay, daughter of Diahann Carroll; Hasna Muhammad, daughter of Ossie Davis and Ruby Dee; Ilyasah Shabazz, daughter of Malcolm X and Betty Shabazz; Dominique Sharpton-Bright, daughter of Al Sharpton; Keisha Sutton-James, daughter of Percy Sutton; and Stacy Lynch, daughter of Bill Lynch.

On Women’s Equality Day, is there reason to celebrate?

Despite unprecedented gains in recent decades, significant challenges and threats remain: “It’s not time for a feminist victory lap.”