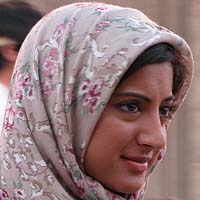 “Best of the Festivals,” a first-of-its-kind event, brought students, alumni, faculty and other movie fans together for screenings of short and feature films by USC School of Cinematic Arts alumni that have played at recent international film festivals.

Sponsored by the Office of Alumni Relations in cooperation with the Office of Student-Industry Relations, the gathering was held on July 22 in the Eileen Norris Cinema Theatre.

Featuring the movies and creative talent behind American Fork, Charlie Bartlett, Rocket Science, Mei and West Bank Story, the “Best of the Festivals” also offered the unique opportunity for audience members to interact with filmmakers during Q&A sessions and a filmmaking symposium focusing on independent financing, distribution and life on the festival circuit.

“There was such an overwhelming feeling of success after Sundance this year that we wanted to provide a showcase back in Los Angeles for some of the films that were receiving acclaim,” said Justin Wilson ’98, director of alumni relations.

Alessandro Ago ’05, the school’s special events coordinator, added, “This was a way for us to celebrate our alumni, have them meet a new generation of students and offer their perspectives and war stories from the festival circuit.

“It was great to present the audience with a mosaic of how filmmakers approach their work and how each one got to this point in their careers.”

Asked how to forge a successful career, Jeffrey Blitz ’97, whose Rocket Science landed him the dramatic directing award at the Sundance festival, said, “The thing you can do is try to fight hard to work on projects that you really care about and love.

“I haven’t seen it work where someone makes a calculated decision to work on a film that hasn’t really moved them.”

During the symposium, moderator Sandrine Cassidy, the school’s director of festivals and distribution, asked the panel about choosing from the plethora of festivals available to them.

American Fork producer Shannon Gardner ’96 told the audience “to pick wisely” for the one that would ultimately premiere their film.

“It’s important to focus on the type of audience that will respond best as well as the location of the festival and the time of year,” he said.

Although Gardner pointed out that a small percentage of films get a deal “right out of the gate,” he told the budding filmmakers that “a good run at a festival is crucial for gaining support and building buzz.”

“One thing that is essential to know is that there are producer reps,” Palmer said. “Getting someone like that interested in your film is important because they represent independent films and try to help you sell them. They can get all the right people to come to your screening and connect you to people who will help publicize it.”

Sandel agreed, adding his anecdotal story about handing out DVD copies of his musical comedy to taxi drivers.

“Everybody wants to know who’s talking about what, and the next time they get into a taxi they hear about West Bank Story,” he said over the crowd’s laughter.

Giving away movie items such as hats, buttons and glow sticks and wearing parkas emblazoned with his film’s logo were other ways to advertise during Park City’s numerous parties and gatherings.

As the topic turned to distribution, Jon Poll ’81, who directed the teen comedy Charlie Bartlett, told the crowd that finding the right release date is paramount for smaller movies.

Initially set for this summer, the film’s debut was delayed due to the multitude of sequels and blockbuster films canvassing the nation’s screens, which he said, “will ultimately be good for the movie.”

Asked how he felt about the USC premiere of Charlie Bartlett, Poll said, “Every audience is different, and it’s great to be able to show your film.

“I’ve made a film I really care about. I love every frame, and if I only get to make one movie, I’m glad it’s this.”

Saving the Best for Last