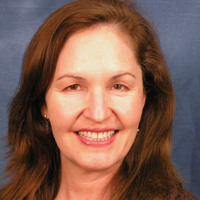 Latinos’ preferred language may be more important than ethnicity in their use of mental health services.

The study, conducted by researchers from the USC School of Social Work, the UC San Diego School of Medicine and the University of New Mexico looked at more than 6,000 patients who used San Diego County’s Adult Mental Health Services over a five-year period.

The findings are reported in the August issue of The American Journal of Psychiatry, the official journal of the American Psychiatric Association.

The researchers found a higher proportion of Spanish-speaking Latino patients in the San Diego County mental health system with major depression, but a lower proportion of bipolar disorder, schizophrenia and substance use disorders.

Hospitalization rates were similar in the three groups, but the Spanish-speaking Latinos were least likely to initially seek mental health care through jail or emergency rooms. The Spanish speakers were more likely to receive initial treatment for severe mental illness in outpatient facilities than were English-speaking Latinos or Caucasians.

Although they had the highest proportion of patients receiving outpatient services, Spanish speakers had the lowest number of visits overall. They also were more likely to be living independently or with family members than homeless or living in nursing homes.

“This article is a fascinating snapshot of the process of integrating Hispanic people into the culture of the United States,” said Robert Freedman, editor in chief of The American Journal of Psychiatry. “Preserving their native language � either because of recent immigration or due to a family decision � appears to be a better predictor of their use of mental health care services than is ethnicity.”

Concepcion Barrio, associate professor of social work at USC, contributed to the interpretation of the study’s data.

“The findings suggest there are great cultural strengths and resources particularly within Spanish-speaking Latino communities that remain largely untapped in the design and delivery of mental health services to persons with severe mental illness,” she said.

Thomas Insel, director of the National Institute of Mental Health, added, “Disparate health care for racial and ethnic minorities is a major public health concern. Studies such as this will help to better define the needs of these groups with the aim of providing them with better care.”

This study was supported in part by grants from the National Institute of Mental Health and the Mental Illness Research, Education and Clinical Center of Veterans Integrated Service Network 22, Department of Veterans Affairs.