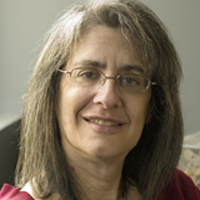 Saks wrote The Center Cannot Hold: My Journey Through Madness to offer hope to those who suffer from schizophrenia.

Elyn Saks knows all about success � she was valedictorian at Vanderbilt University, graduated with honors from Yale Law School, served as a Marshall scholar at Oxford University and today is a respected legal scholar at the USC Gould School of Law.

And since adolescence, Saks has battled schizophrenia and acute psychosis. After decades of hiding her illness, Saks has published The Center Cannot Hold: My Journey Through Madness (Hyperion, 2007), a memoir about her struggles and successes.

On Sept. 11, Saks will discuss her book at a lunchtime event at USC Law School. She also will sign copies of her book, which has received favorable reviews in major newspapers and features in People and Newsweek. She also has been interviewed on the National Public Radio programs Fresh Air and Justice Talking.

Until now, only Saks’ closest friends knew of her condition � which she controls with daily therapy and medication.

“I wanted to write this book to give hope to people who suffer from schizophrenia and understanding to people who don’t,” said Saks, an expert in the field of mental health law who also holds faculty appointments at the Keck School of Medicine at USC and the psychiatry department at the UC San Diego School of Medicine. “I hope this story will help implode the myths that surround mental illness. And, honestly, it will be nice not to have this secret anymore.”

Schizophrenia affects approximately 1 percent of the world’s population � more than 3 million Americans � and is classified by the National Mental Health Institutes as one of the top 10 causes of disability in the developed world. A disorder of the brain, the illness causes psychotic episodes of varying duration and severity. Symptoms of a psychotic episode range from the inability to form coherent thoughts to delusions and hallucinations.

Even as Saks’ brain attacks her with fear and hallucinations, it also provides the source of her greatest pride and stability � her work. At USC, she throws herself into writing and spends nearly every waking hour in her crowded office in the law school. Since her arrival at USC in 1989, she has been among the school’s most productive and respected scholarly writers.

Edward McCaffery, holder of the Robert C. Packard Trustee Chair in Law at USC, was one of the early colleagues in whom Saks confided.

“Elyn’s contributions to the law school � as a scholar, teacher, colleague and now associate dean for research � are extraordinary,” McCaffery said. “She’s an extremely competent person who knows how to deal with her illness. There’s nothing to do other than stand and applaud Elyn � and to learn from her.”

Saks was in her 40s before she was able to admit to herself that her illness was not going away and that medication and psychoanalysis would be necessary for the rest of her life.

“For 20 years, I struggled with acceptance …. Ironically, the more I accepted I had a mental illness, the less the illness defined me � at which point the riptide set me free,” she said.

A Scholar Reveals Her Life Struggles