When Patricio Ginelsa wrote his script about a vigilante who uses lumpia — Filipino spring rolls — to fight crime, he wasn’t even sure the film would get made, much less turn into a cult hit.

He also never thought it would ever get a sequel, much less one that was primarily crowdfunded.

And he certainly never expected that sequel would make its way into an international film festival, much less win a major award. 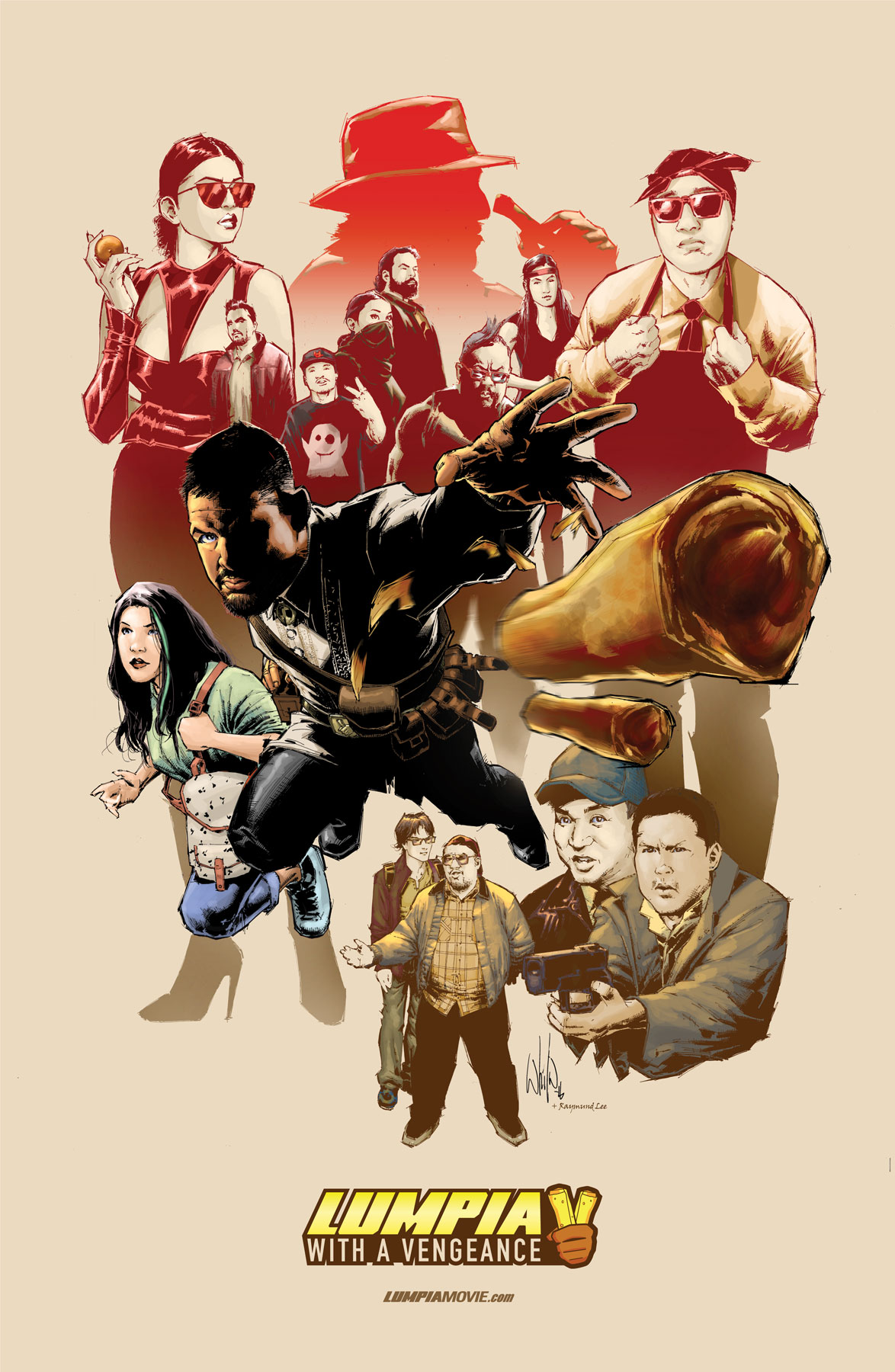 Lumpia with a Vengeance won the Audience Award for Best Narrative Feature at the Hawaii International Film Festival. (Graphic/Courtesy of Patricio Ginelsa)

Ginelsa — a 1999 graduate of the USC School of Cinematic Arts — is also only a part-time filmmaker, working full time as the technical coordinator of the Experiential Learning Center at the USC Marshall School of Business. He’s been there since his days as an undergrad student worker. He worked on Lumpia with a Vengeance for the past seven years in his spare time, and that passion project just won the Audience Award for Best Narrative Feature at the Hawaii International Film Festival.

“Even though this movie is about a wacky guy who throws spring rolls, people were still able to connect with it and found some heart in the film,” he said.

November marked the 40th anniversary of the 10-day festival, which featured 200 films from 45 countries. However, like most things in 2020, the COVID-19 pandemic forced the festival to adopt a new format. Most films were screened online or in drive-in theaters to avoid large indoor gatherings. You’d think that might discourage festival attendees, but Ginelsa said carpools of film buffs still lined up to screen his film.

“People were coming back to watch our film again, even when they can watch it from the comfort of their own home,” he said. “That’s something I still haven’t really wrapped my head around.”

Though Ginelsa had been making movies since he was a kid growing up in the Bay Area, he didn’t release the first Lumpia film until 2003 — almost seven years after he came up with the idea. As an avid fan of director Robert Rodriguez and his 1992 film El Mariachi — about a guitar-wielding Mexican hero — Ginelsa was inspired to create a Filipino hero of his own.

“My friends and I, we always thought, ‘What would be the Filipino version of this?’” Ginelsa said. “The best we could think of is exactly what you see.”

The self-described “ultimate homemade movie” centered on a lumpia-throwing vigilante fighting the criminal underworld of the fictional Fogtown, which was inspired by his hometown of Daly City, Calif. While a film student at USC, he convinced some childhood friends to help him bring the character to the big screen, as the young filmmaker didn’t have the biggest budget.

“The first Lumpia was kind of like a reunion movie, and I’m pretty sure our boom mic was a hockey stick with a microphone attached to it,” Ginelsa said with a laugh. “It was just a very silly idea that we wanted to do, and we didn’t know when or if the movie would even be released.” 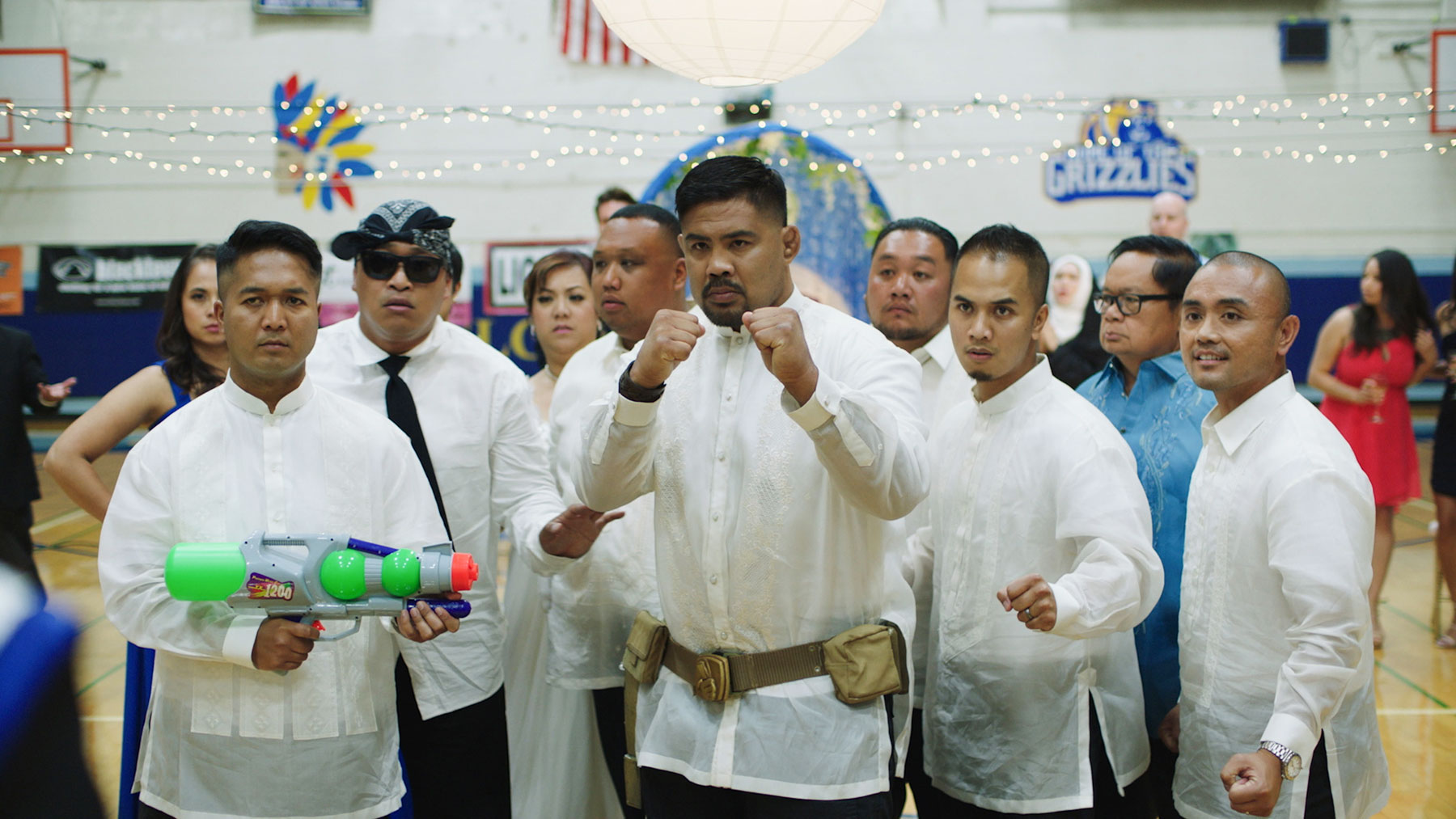 Ginelsa said that the film started out as “some kids shooting movies together,” but the low-budget film has become a cult hit. (Photo/Courtesy of Patricio Ginelsa)

Following multiple university screenings, including at USC, the film developed quite the following. Lumpia managed to make it into multiple film festivals, including the Hawaii International Film Festival, and from there the positive reviews began rolling in.

“Taking low-budget to new heights, Lumpia is a youth project that got delightfully out of hand,” Ken Eisner wrote in Variety.

“Shot on vid in South-of-Frisco Daly City over a period of six years, the genre-spoofing pic is riddled with discontinuities — the thesps keep gaining and losing height and weight — that only adds to the fun. Leroid David’s deft cartoon panels frame the action and set the tone for Patricio Ginelsa’s street-level affectionate look at kid culture among Filipino immigrants,” he added, noting that the film “should be shown in high-school media classes across the continent.”

“Imagine a homemade movie playing in a real theater next to something like The Matrix,” Ginelsa said. “It started as just some kids shooting movies together; we didn’t think it would become the cult hit it is now.”

Despite COVID-19, Lumpia with a Vengeance shines at film festival

The film brought Ginelsa notoriety and opportunities for various short films and music videos, including some work with the Black Eyed Peas — all while working full-time at USC Marshall. In 2013, a decade after the release of Lumpia, Ginelsa and his friends decided to “test the temperature” among fans and launch a monthlong Kickstarter campaign, culminating with a screening of the film for its 10th anniversary. In the campaign’s final hour, Ginelsa and his crew were able to hit their $50,000 goal. 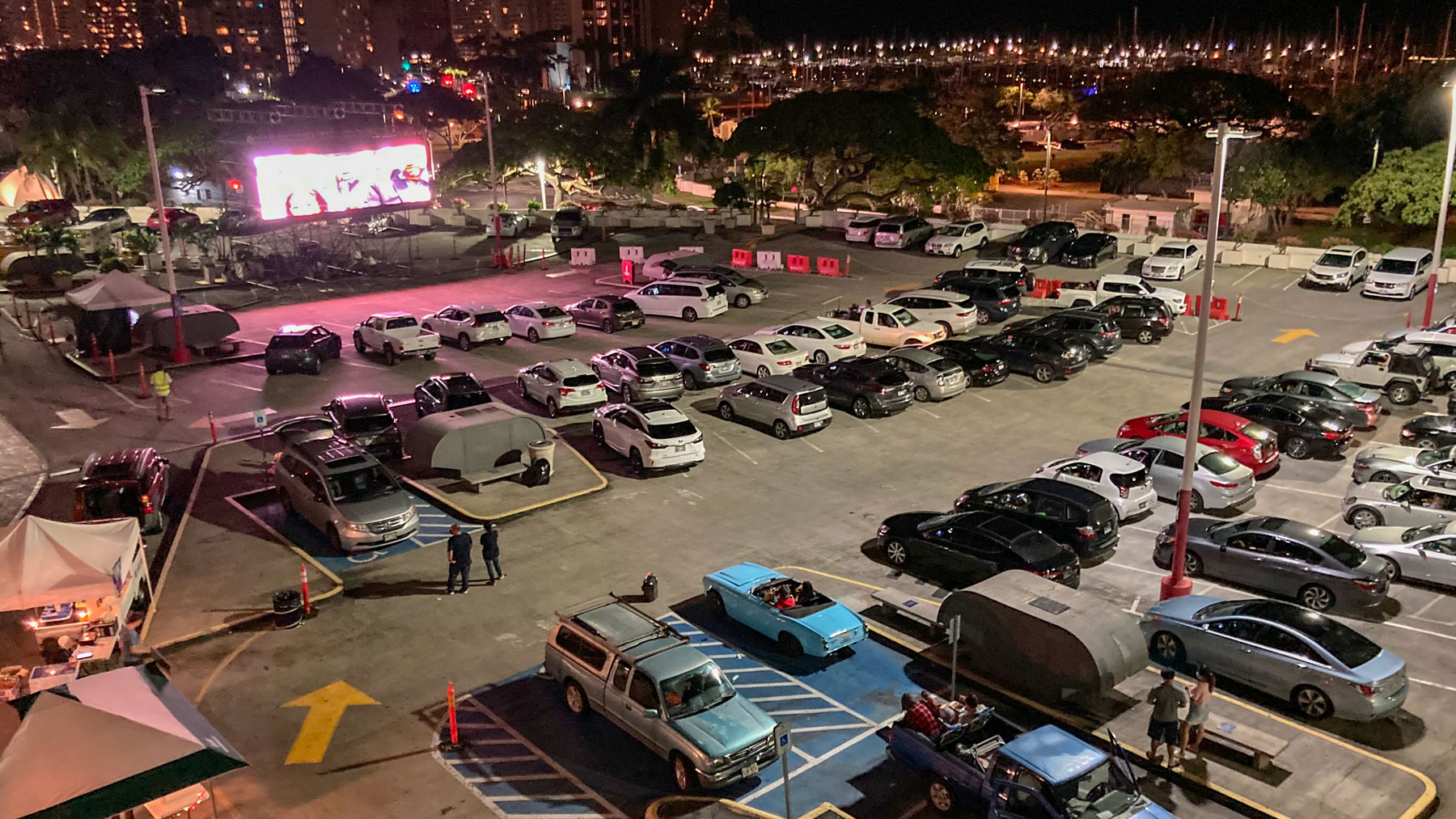 Fans at a drive-in screening of Lumpia with a Vengeance. (Photo/Courtesy of Patricio Ginelsa)

“I still don’t know what happened that night,” he said. “We went from $20,000 down to within striking distance to hitting our goal with like an hour left.”

With fresh interest and now with money, Ginelsa set out on his seven-year side project. And the bigger budget meant some big names for the movie, like Danny Trejo.

However, that excitement was also met with pressure to deliver. Given the acclaim and accolades that Lumpia with a Vengeance has received so far, it’s not a stretch to say that he has. The Hawaii festival described the project as a “fun and riotous action-comedy, but underneath the light-hearted story are undercurrents of issues that continue plaguing the Filipino community in America today, such as generational differences and infighting. Audience members — Filipino and non-Filipino alike — will come out appreciating the community that nurtured this little film with a big heart.”

“People have mentioned to me that they couldn’t stop smiling during the movie,” he said, “and that hits me because there were so many things people couldn’t smile about this year.”

The film was available via streaming from Jan. 6-10 on the festival’s website, and Ginelsa said the next step is distributing the film to a wider audience. But for the moment, he is taking it all in and happy with what an admittedly goofy passion project was able to accomplish.

“I don’t think I made anything earth-shattering, but I think a lot of people are just appreciative of the fact that it’s rare to see something like this in a superhero format,” Ginelsa said. “If they’re Filipino, maybe they felt a little bit empowered to be represented in a way that they never have before.”

Dylan Valley and Matt Yoka, who both received master’s degrees in journalism, leapt at the chance to be a part of the iconic film festival.

Inspired by an animation class, 2019 graduate Amri Rigby embraced filmmaking, directed a Sundance-winning short film and was commissioned by Werner Herzog to shoot a documentary in Peru, all as a USC student.