Southern California rests on a shaky foundation of shifting rocks as the fearsome threat of earthquakes lurks beneath a sun-kissed surface. The menace is terrifying because no one knows when or where a big temblor will strike.

That threat troubles Professor Yehuda Ben-Zion. He’s a geophysicist in the Earth sciences department at the USC Dornsife College of Letters, Arts and Sciences who has been studying quakes throughout his career. Now, as the new director of the USC-based Southern California Earthquake Center, he has a bold plan to transform its research on earthquake processes and increase the focus on forecasting large quakes. 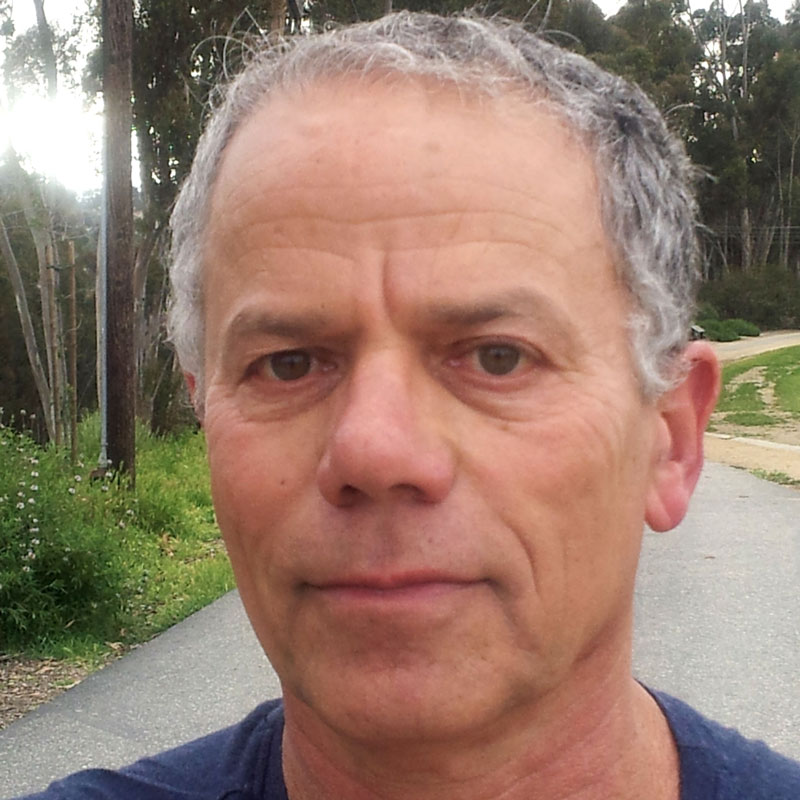 “I’m interested in pushing the boundaries of science. I’m working on several initiatives that can advance quake forecasting and open new research frontiers,” he said.

He envisions a dramatic expansion of sensors on faults known to generate big quakes. He wants to transform earthquake research by studying how faults change before, during and after a rupture. He has outlined his vision for the earthquake center of the future in recent articles in Seismological Research Letters and in Nature. SCEC is preparing several funding proposals to the National Science Foundation, the U.S. Geological Survey and other sponsors.

SCEC is a consortium of more than 90 U.S. and international research organizations — including Caltech, Stanford University, the Massachusetts Institute of Technology, Harvard University and the University of California schools — that is headquartered at USC. Its annual budget is about $10 million, which comes from various sources.

Earthquake prediction has been a hope since the ground shifted beneath ancient peoples. Quakes have contributed to the downfalls of ancient civilizations in China and the Middle East. Big quakes have devastated California cities and other metropolises around the world, causing hundreds of billions of dollars in damage. Cities such as Los Angeles, Tokyo, Istanbul, San Francisco and Mexico City remain perpetually at risk.

Yet quake prediction has also been the domain of mystics and charlatans. Scientists get uncomfortable when pressed to predict quakes. Experts say, at this moment, there is no way to reliably predict significant earthquakes. Instead, they rely on scientifically based, long-range probability estimates to forecast when and where a fault could generate a major quake. Ben-Zion sees opportunities to advance the science and move long-range forecasting closer to near-term prediction.

It’s the most promising game in town for predicting quakes.

Professor John Vidale, the previous SCEC director, says Ben-Zion is pursuing a bold challenge in Earth science in collaboration with researchers in France and elsewhere, although the potential is uncertain.

“There’s a convincing understanding that earthquakes cycle from stress loading to rupture to reloading to the next break, and if you can recognize the progression through the cycle, you move a step closer to predicting quakes,” he said.

“But some scientists are skeptical, given slow progress to date in earthquake prediction, and expect that quakes strike without warning,” he added. “Is it possible to get more information, to see how rocks behave just before a break? Are the clues powerful? Do they reliably happen before quakes? It’s the most promising game in town for predicting quakes, and it has new theories and measurements, plus [Ben-Zion’s] building on very good science.”

Understanding earthquakes is challenging because they originate deep underground or undersea, involve complex geology and offer limited information at the point of rupture on the surface. As such, quakes are nature’s ultimate terror, due to their high uncertainty and the potential for ruin. In the blink of an eye, a fault can shift, unleashing energy stored for centuries to cause massive destruction and death. The 2019 magnitude 7.1 Ridgecrest quake unleashed the force of about 45 Hiroshima-size nuclear bombs.

Southern California is particularly vulnerable to major quakes because it occupies a seismically active area astride two continent-sized tectonic plates that abut at the San Andreas Fault. Key infrastructure — including oil, gas, water and pipelines — cross the fault. More people and homes are added each year, many very close to other big regional faults in the Inland Empire that pose separate and additive threats for rupture. In addition, much of the metro L.A. area sits atop a maze of faults capable of significant earthquakes, as occurred in 1933 in Long Beach, 1971 in Sylmar, 1987 in Whittier and 1994 in Northridge.

Scientists assess the risk using long-range forecasts to anticipate the probability that a big quake will happen. For example, the USGS estimates it’s roughly a coin toss whether a magnitude 7 scale quake strikes the Los Angeles region and the San Francisco Bay Area within 30 years. In Southern California, the odds are considerably higher for smaller yet damaging quakes and about 1-in-3 for a magnitude 6.7 quake, the same size as the 1994 Northridge quake, over the same three-decade period.

To improve those forecasts, Ben-Zion seeks an expansive new network to produce information that can be used to monitor fault zones and predict quakes, beginning in SCEC’s home turf of Southern California. While the region already has about 1,000 quake sensors, Ben-Zion says they are widely scattered, mostly far from the large faults. It’s a blind spot that he says leaves gaps in our understanding of conditions on faults preceding a break.

Closing the data gap is critical.

“No science can be developed without direct observations of the phenomena under investigation in the natural setting,” Ben-Zion said. “It is essential to have measurements within the fault zones, where details of the natural processes can be observed. Closing the data gap is critical.”

What might a new USC-based earthquake center include? Among other initiatives, SCEC proposes a significant expansion of quake sensors, including accelerometers, broadband stations and GPS stations — hundreds of them — stationed within a kilometer of main faults. They would be augmented by cameras, acoustic sensors and other geophysical instruments. The system would be integrated with the regional sensors, motivating new theoretical studies, lab experiments and field observations, with analysis aided by artificial intelligence and other advanced techniques.

Ground zero for the network would be the San Jacinto Fault in Riverside and San Bernardino counties — one of the biggest and historically active faults in the region — as well as the San Andreas Fault.

What makes Ben-Zion optimistic about his new approach?

The answer is found in a Nov. 17 paper he co-authored in Nature, which analyzes data collected from near-fault sensors prior to some recent earthquakes, roughly magnitude 7 and larger, from around the world. In certain instances, the data show tantalizing clues that seem to suggest a large temblor is getting ready to strike.

Among the early warning signals were evidence for a gradual weakening of rocks and deformation of crust around future rupture zones, slow-slip events and foreshocks, and increasing concentration of seismic activity localized in a narrow band atop the portion of the fault that eventually broke. These processes were observed days, weeks and months before a mainshock, the paper explains.

In particular, the study analyzes how some of these phenomena were manifest preceding the 1992 Landers, 1999 Hector Mine and 2019 Ridgecrest quakes in the Mojave Desert, as well as the 2010 El Mayor-Cucapah quake in Baja California. Similar clues were recorded before several major quakes in Japan, as well as the magnitude 8.2 quake near Iquique, Chile, in 2014.

While not every fault gives a warning of rupture, Ben-Zion says that “with more precise measurements and better near-fault data captured just before a big quake, we can derive signals in the fault zone that can lead to improved ability to forecast large earthquakes.”

If all goes as planned, a new earthquake center might help Southern California protect against disaster. The so-called “big one,” a giant quake forecast for the southern San Andreas Fault extending from the Salton Sea almost to Bakersfield, would unleash catastrophe. The ShakeOut Earthquake Scenario developed a decade ago by the USGS warns of a magnitude 7.9 quake that would kill 1,800 people and cause 50,000 casualties and $200 billion in property damage. The southernmost section of the fault, near the Salton Sea and Coachella Valley, hasn’t ruptured in more than 300 years, an unusually long interval of quiescence.

Behind the scenes with an earthquake scientist

Sylvain Barbot shares why he studies temblors and what needs to happen before we can forecast quakes.

By researching tremors under the infamous San Andreas Fault, USC scientists are seeking out what’s brewing beneath a quake’s surface.

Experts at the USC Center for Artificial Intelligence in Society are teaming with city officials to find technological solutions for aging, vulnerable pipelines.