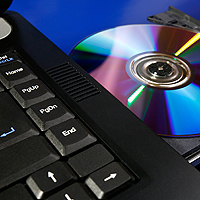 Having long placed a priority on joining theory and practice, the USC School of Cinematic Arts is introducing a new degree track this fall that will enable Ph.D. candidates to draw from the expertise of all the school’s divisions and to do research that will culminate in both a traditional dissertation as well as a specific research project.

Dubbed the Interdivisional Media Arts & Practice (iMAP) Ph.D., the degree is the second doctoral track in the school, joining the critical studies Ph.D., which became the nation’s first cinema Ph.D. in 1958.

“iMap is designed to be a cross-divisional Ph.D., drawing on the faculty and resources of all the divisions, training iMAP students to be scholar-practitioners or practitioner-scholars,” said Anne Friedberg, critical studies division chair.

Friedberg wrote the proposal to initiate the program, along with input from chairs Kathy Smith of the John C. Hench Division of Animation & Digital Arts and Scott Fisher of the Interactive Media Division.

The first cohort of students will feature three women who have a wealth of media and cinematic experience and whose research interests run a broad spectrum.

Kristy H.A. Kang has been an art director and graphic interface designer for the Labyrinth Project, a research initiative on interactive narrative conceived and directed by professor Marsha Kinder. Veronica Paredes earned her Master of Arts in critical studies in 2006 and has completed one year of the critical studies Ph.D., in addition to doing extensive work at the USC Institute for Multimedia Literacy. Jennifer Stein was a program coordinator for the Interactive Media Division and was instrumental in designing the IMD’s graduate and undergraduate degree programs.

In addition to being in the first iMAP class, Kang, Paredes and Stein will also be among the new Annenberg Fellows, a unique group of masters and doctoral students from across the university who will receive support from the Annenberg Foundation.

“This program will demand us to think about both the theory and practical applications of our chosen research area, which will allow the potential for groundbreaking new research to emerge at the school,” said Stein, who will investigate new ways of using the physical environment � buildings, streets, and other areas � as an interface for digital media.

The iMAP Ph.D. requires students to complete 60 units beyond the bachelor’s degree or 36 units beyond the master’s degree. The program has three new foundational courses as its core curriculum emphasizing history, in CNTV 600: Historical Approaches to Media Arts and Culture; theory, in CNTV 601: Pro-Seminar in Media and Design Theory; and production, in CNTV 602: Practice of Media Art. In addition, all iMAP students must take a seminar (CNTV 604) devoted to exploring emerging movements in media technology, theory and practice.

For the remainder of their class work, iMAP candidates will have unprecedented freedom to define and pursue their own specialization by drawing on the course offerings and faculty across the school, as well as be able to use the wealth of digital production facilities.

The program is under the direction of assistant professor Steve Anderson, who previously designed and directed the Institute for Multimedia Literacy’s undergraduate Honors in Multimedia Scholarship program.

“Digital media has come so far in the last few years in allowing a different kind of scholarship to happen,” said Anderson, who is in the midst of setting up the program’s physical space at the IML. “I’m hoping there’ll be a knitting together of the divisions that hasn’t been seen, and our students will create a really interesting cross pollination of design skills, critical thinking and creative production.”

Though this year’s cohort was drawn from internal USC candidates, recruitment efforts for the second class currently are under way and the reach will extend well beyond USC, Anderson said.

“A lot is happening quickly,” he added. “We’re not the first practice-oriented Ph.D. program in the country, but there is no reason to think we won’t be the best.”