It’s an understatement to say the medical profession is stressful — especially during a pandemic. But a study from USC researchers shows just how large of an impact even the quickest medical emergencies can have on emergency room workers.

“I think everyone understands, at some level, that health care can be stressful,” said study author Todd Chang, associate professor of clinical pediatrics and medical education at the Keck School of Medicine of USC. “But there’s a counterargument that we need to fight: ‘Oh, it’s just part of the job, so deal with it.’”

The study measured heart rate and cortisol levels in ER doctors following a quick high-stress event such as a resuscitation. Researchers at the Keck School of Medicine and PM Pediatrics — a specialized urgent care company — studied the stress impact of performing a resuscitation on health care workers throughout their shifts. The doctors who participated in the study wore a Hexoskin under their clothes, which is essentially a wireless vest that monitors heart rate using Bluetooth technology. Oral swabs were also used to measure changes in cortisol levels. 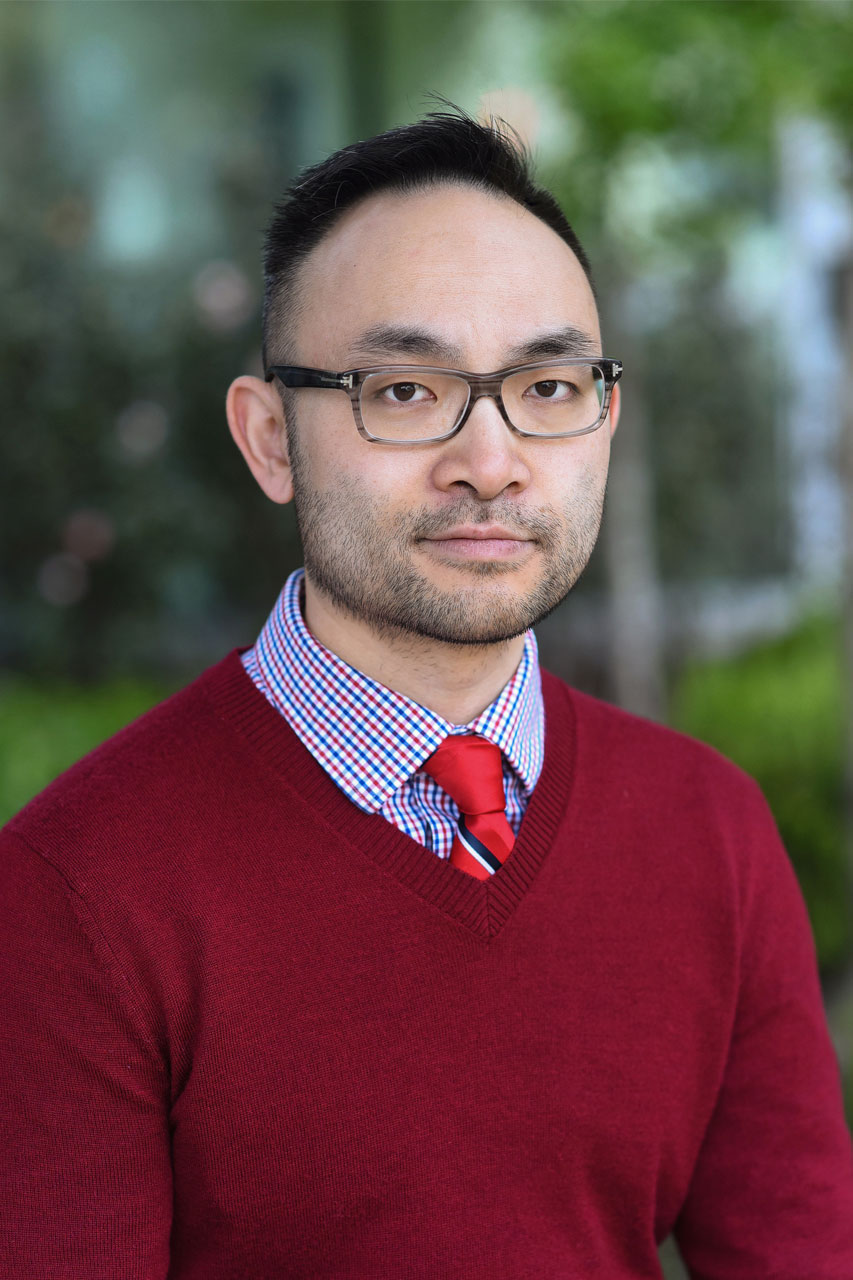 Todd Chang, associate professor of clinical pediatrics and medical education at the Keck School of Medicine. (Photo/Courtesy of Todd Chang)

The study started with virtual reality simulations of resuscitations before moving into testing during actual ER shifts, said Chang, who is also a pediatric emergency medicine physician at Children’s Hospital Los Angeles. The goal was to create a VR scenario that was equivalent to the stress levels of reality, to examine what the same person was like in the VR situation and in the actual emergency department.

The researchers found that VR was not quite as stressful as the real thing. Heart rate levels increased by roughly 6.8 beats per minute (bpm) for VR compared to around 13 bpm for the real scenario — an average resting heart rate is between 60 and 100 bpm.

Prior to the study, Chang and the other researchers had suspected that stress levels increased after a resuscitation but expected them to drop shortly after.

The study concluded that cortisol levels actually remained elevated for several hours, which occurred in roughly half of the 93 eight-hour shifts measured.

“If a resuscitation, which occupies less than 5% of our work, has this long-term effect for a single eight-hour shift, then it is probably manageable to see what other things that health care professionals deal with can accumulate to,” Chang said.

Since the data for this research was gathered in 2017, Chang said he cannot speculate on what those numbers would look like today. With COVID-19 still raging throughout the U.S., he likely couldn’t conduct a study safely anyway. However, as nationwide infection numbers rise, Chang hopes this study sheds a little light on how even the quickest stressors can affect those medical professionals on the front line.

“If you remember earlier this spring — when New York City had their big surge and an unusually high mortality rate — there actually was a physician who committed suicide because of the things that she saw and experienced,” he said. “That rapid cumulative level of stress actually makes a difference. We saw it in the short term for her, but it is highly likely we’ll see it in the long term with a lot of other professionals, even peripheral to the immediate health care field.”

The Keck School of Medicine of USC emphasizes health and well-being among its aspiring doctors, countering the discipline’s grueling training experience of years past.