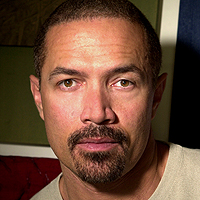 A musical composition by USC Thornton School of Music alumnus Michael Abels ’84 will be performed on Tuesday, Sept. 25 at Carnegie Hall in New York City.

The composition, titled “Delights and Dances,” was commissioned by the Sphinx Organization in commemoration of its 10th anniversary. Sphinx, a nonprofit founded in 1996, is devoted to increasing black and Latino participation in schools, professions and audiences devoted to classical music.

“Michael Abels was chosen for the commission because he is one of the leading African-American composers working today,” said Sphinx president Aaron Dworkin. “As Sphinx presents the most talented musicians from around the country, Michael’s work represents the height of artistic excellence. We could think of no better composer with whom to partner.”

In addition to Abels’ work as a composer, he runs the music program for New Roads School, a private K-12 college prep school with campuses in Los Angeles, Santa Monica and Malibu.

New Roads boasts one of the most ethnically diverse student bodies in the Los Angeles area. According to its head, David Bryan, “(Abels’ experience) teaching music production to L.A. youth in public housing projects (makes him) a role model for the 21st century. His work underscores the importance of individualized, independent education in the arts, within a well-rounded academic environment that inspires social responsibility.”

At Carnegie Hall, “Delights and Dances” will be performed by the Harlem Quartet, a group of young musicians who not only appear at concert halls but spend an equal amount of time introducing classical music to minority communities. The evening at Carnegie Hall also will include works by Johann Sebastian Bach and Duke Ellington.

Abels is currently busy with another piece commissioned by Sphinx that is scheduled to premiere in February 2009 on PBS.