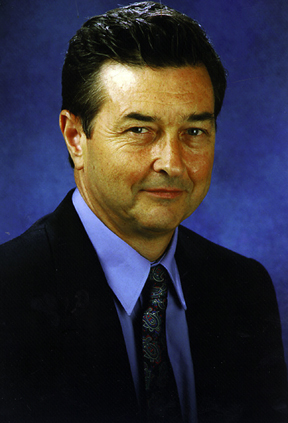 Michael Phelps, a pioneer in non-invasive molecular imaging technologies, has been awarded the Meira and Shaul G. Massry Foundation’s 2007 Massry Prize, which recognizes outstanding contributions to the biomedical sciences and the advancement of health.

Phelps, a professor of radiological sciences and biometrics at The David Geffen School of Medicine at UCLA, led the way in developing the first positron emission tomography (PET) in 1975 while at Washington University. A year later, he led the development of the first commercial PET scanner after his move to UCLA.

Since then, PET has become a major tool in disease diagnosis and management. Phelps and his research team have established PET applications to diagnose neurological diseases, cardiovascular pathologies and cancers of all types, as well as monitor therapeutic response to various treatments.

“His imaginative innovations and his perseverance led to the development of successive generations of commercial PET scanners and to the ancillary equipment necessary to make PET available in essentially all medical centers,” said Shaul G. Massry, Professor Emeritus of Medicine at the Keck School of Medicine.

Since the Massry Prize’s inception more than a decade ago, six of the 18 award-winners have gone on to receive the Nobel Prize, giving the award a 33 percent prediction rate of future Nobel Prize winners.

Phelps will present a lecture on his work at the Institute of Genetic Medicine on Nov. 8, 2007. For further information, contact Graciela Mercado at (323) 442-1144 or gracielm@usc.edu.