“The ones in the lab coats knew everything,” Crittenden said. “They had all the answers, and I thought that was so cool.”

“I thought he was so bright and so witty, and he always had the info the team needed,” she said.

From that initial connection with a fictional character’s career, her interest grew like a vine, spreading into the crevices of science and medicine. Today, her goal is to become a forensic pathologist.

Forensic pathologists are specially trained physicians who examine the bodies of those who die unexpectedly or violently. Also known as medical examiners, these professionals determine cause and time of death and, more importantly for Crittenden, play a key role in identifying people who die unnamed.

“I started researching the position and found there’s a real crisis here where I grew up,” said Crittenden, who entered USC as a freshman in 2018, majoring in human biology with a minor in forensics and criminality. “For some people to be reconnected with their families after they die, first you have to find out who they are. I can help create those reunions and bring closure to lives and families.” 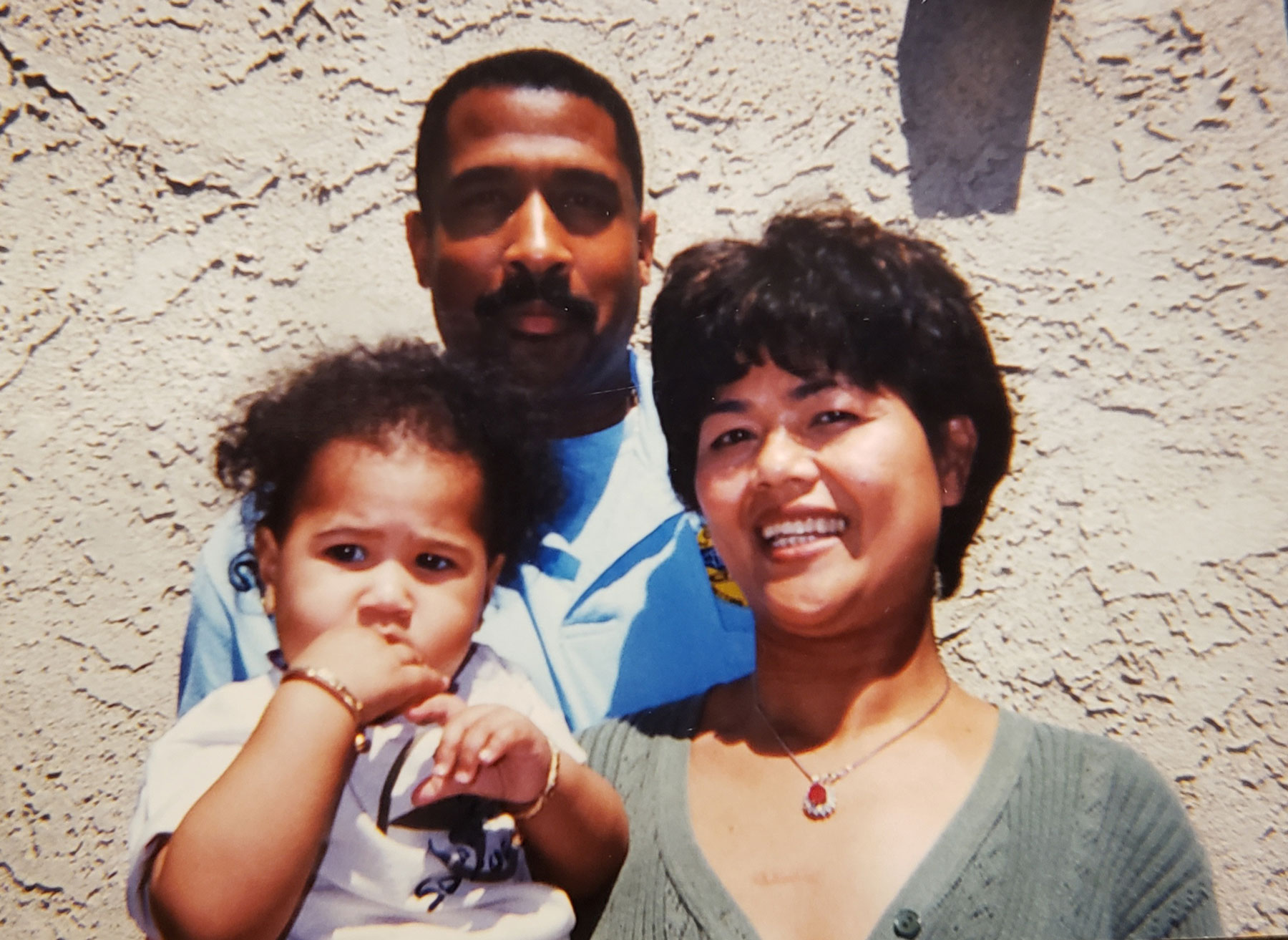 When Crittenden was growing up, she attended a public school in Cerritos, Calif., where she believed she could succeed. It was 26 miles, two buses and a train away. She walked the last mile, making the commute as long as two hours each way.

“I wouldn’t see the sun until I stepped on campus,” she said. “None of that ever bothered me. There were times when we needed to get up at 4 a.m., go to a friend’s house and stay there until it was time to leave for school. They had a dog, so for me it was just a chance to play and have breakfast with my friends. My whole experience is unconventional, so I didn’t consider any of that a hardship. If you look at it as laborious, it becomes laborious.”

“My parents worked early in the morning,” she added, “and they did everything they could to send me to a school where I’d find great success.”

A rare pair of first-gen leaders on a mission

Now studying from home just a few miles from the University Park Campus, Crittenden’s packed Zoom schedule isn’t limited to class. She spends about eight hours a week leading a first-generation mentorship program with Matthew Torres, a psychology major and QuestBridge scholar. The pair — who’ve developed a strong working chemistry despite having only briefly met in person — built the First Generation Student Leadership Program earlier this year, expecting about 60 first-gen freshmen to be interested. They ended up with almost 370.

The pair share a passion for helping other first-gen students, though their backgrounds differ. Growing up, Torres moved often with his mom and sister. As a Mormon, he learned to connect with others during a mission in Canada for the Church of Jesus Christ of Latter-day Saints.

“It taught me how to talk with someone I’d never seen in my life, how to strike up a conversation,” Torres said. “It helps me connect first-generation students with mentors. Our mentors are already in college, they have the connections first-gen students need to get scholarships, internships, resources and social connections to succeed.

“Some of them, like me, can’t really talk to their families because they’ve never had the college experience,” he added. “This is uncharted territory for first-gen students. The message Angelina and I send is: ‘You’re not on your own; we understand.’”

The message Angelina and I send is: ‘You’re not on your own; we understand.’

Torres and Crittenden are encouraged by the makeup of USC’s fall class, with 22% identifying as first-generation college students.

Crittenden is encouraged not only by the number of first-gen students but also by the strong representation of students from public schools.

“I can’t tell you how happy this makes me,” she said. “Foshay Learning Center, the top feeder school, is right next to my house. That school is part of the [USC Leslie and William McMorrow] Neighborhood Academic Initiative college prep program. I work with a couple of NAI students. It’s just astonishing to see this because legacy students or wealthy students are often the focus. It’s great to see fresh faces of kids who can say, ‘I did this on my own.’ They belong here.”

Crittenden’s medical examiner dream fueled by a desire to help

Crittenden could spend as many as 15 years in higher education by the time she completes medical school, residency and fellowship and becomes a medical examiner.

“I’m in a class taught by the former chief medical examiner of L.A. County right now,” she said. “He told us medical examiners don’t make as much as other specialties. Prestige and money aren’t motivators for me.”

More than a thousand bodies go unclaimed in Los Angeles County each year. Most will be cremated, held for three years while officials try to find next of kin and eventually buried in a single grave. A few remain unidentified and are given the last name “Doe.” Those are the lost souls Crittenden most wants to help.

“I went to Arlington National Cemetery in eighth grade and we saw the Tomb of the Unknown Soldier,” she said. “I had no idea it existed until then. I was moved by this unnamed soldier who represents all the people who served our country.

“I want to expand the identification practice,” she added. “Right now, it’s left to dental records, DNA and fingerprints. I’d like to include optics like iris scans or other identifiers. I guess my patients won’t be alive, but I can still help them just by finding out who they are.”

From pain and intimidation to purpose and belonging: One first-gen student’s journey

As a teenager, Jasmin Sanchez suffered a painful medical emergency that taught her to stand up for herself. Now she’s a USC Dornsife undergrad determined to advocate for others.

USC Viterbi freshman Jovani Esparza, a first-generation scholarship student, was inspired by his parents and brother to become an engineer and give back to those in need.