Anybody who’s seen a C-130 in the air can feel its massive power far below. One of the biggest and most venerable military planes in the world, its ability to handle unprepared runways often makes it the first fixed-winged aircraft to land at the site of natural disasters like Hurricane Katrina.

To keep the complex behemoth flying takes a squad of experts like Matt Mena, an integrated aviation specialist who joined about 1,500 other incoming transfer students this fall at USC. Like Mena, half are from California community colleges. 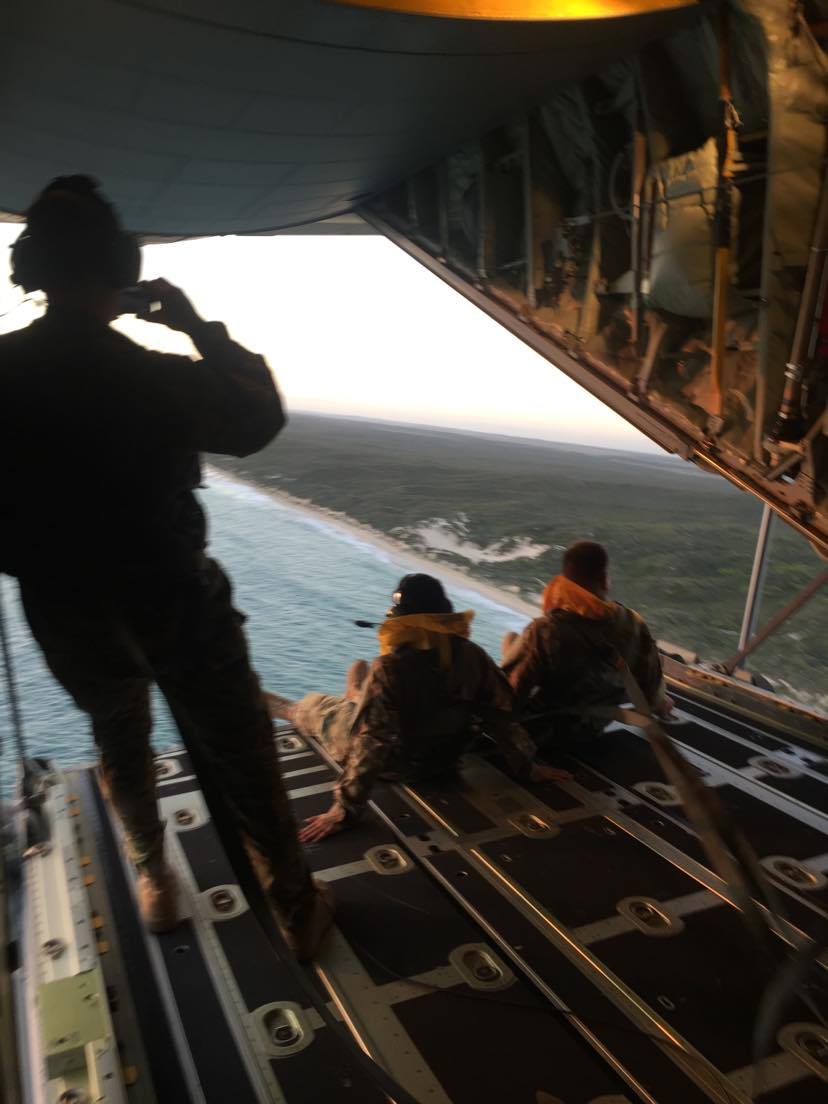 Mena, right, looks out from the back of a C-130. (Photo/Courtesy of Matt Mena)

Pursuing a computer science degree at the USC Viterbi School of Engineering, Mena took some time to choose his new home after considering UCLA, New York University, Cornell University and the University of California, Berkeley.

“I’m a computer science major, and some of those schools can have 1,200 students in some of those classes early on,” Mena said. “I didn’t want to deal with that. USC was a better fit in that regard, and the alumni network is strong.”

Sense of gratitude leads Matt Mena to the Air Force

Mena — a California native who was born in Santa Monica and grew up in Lawndale — joined the Air Force about a year after graduating from high school.

“I just knew I wanted to do something with math,” he said. As an aviation specialist, he troubleshot and repaired electronics systems for planes used in special operations for Navy SEALs, Army Green Berets and Air Force Pararescue.

His four years of active duty ended in 2018, and Mena spent two years at El Camino College before choosing USC, which he’s attending tuition free while living in downtown L.A. to be close to campus. An MBA is in his plans, along with a career in investment banking. The military, though, is a source of inspiration.

“I’m the son of immigrants,” he said. “My mom is from Guatemala and my dad is from Mexico. I felt like I owed a debt to the U.S. The military gave me the time I needed to make choices my parents didn’t have.”

After celebrating academic successes with her daughter during the pandemic, Melissa Hooper is now working her way through USC Marshall’s Master of Business for Veterans program.

At 26, Erdavria Simpson has earned a master’s at USC, started an empowerment organization for communities of color, and stands ready to deploy.

After 10 years in the Air Force, USC grad student wants to serve his fellow Californians

Once Matthew Quan finishes his master’s degree at the USC Price School, he wants to help solve the problems facing his home state.