When COVID-19 put the brakes on traditional graduation ceremonies, Melissa Hooper made a deal with her daughter: They would graduate together. Melissa was getting her degree in business from Cal Poly Pomona and Isabel was finishing kindergarten.

“We did our own cap and gown thing to make the best of the situation,” Melissa said. “I was in the Army Reserves for 13 years and we weren’t together as much as I’d have liked, so I wanted us to be together.”

Fast forward to today: Isabel is in the first grade and Melissa is in the 2021 cohort of the Master of Business for Veterans (MBV) program at the USC Marshall School of Business.

“I got my application in on the very last day, did my interview and was a bit overwhelmed by it all,” Melissa Hooper said. “Applying to USC, a university at this level, was a new experience. When I got the letter of acceptance, I couldn’t believe it. I held onto it for a week before I showed anyone. I was kind of afraid it might be a mistake.”

Army reservist reflects on her path to college and beyond 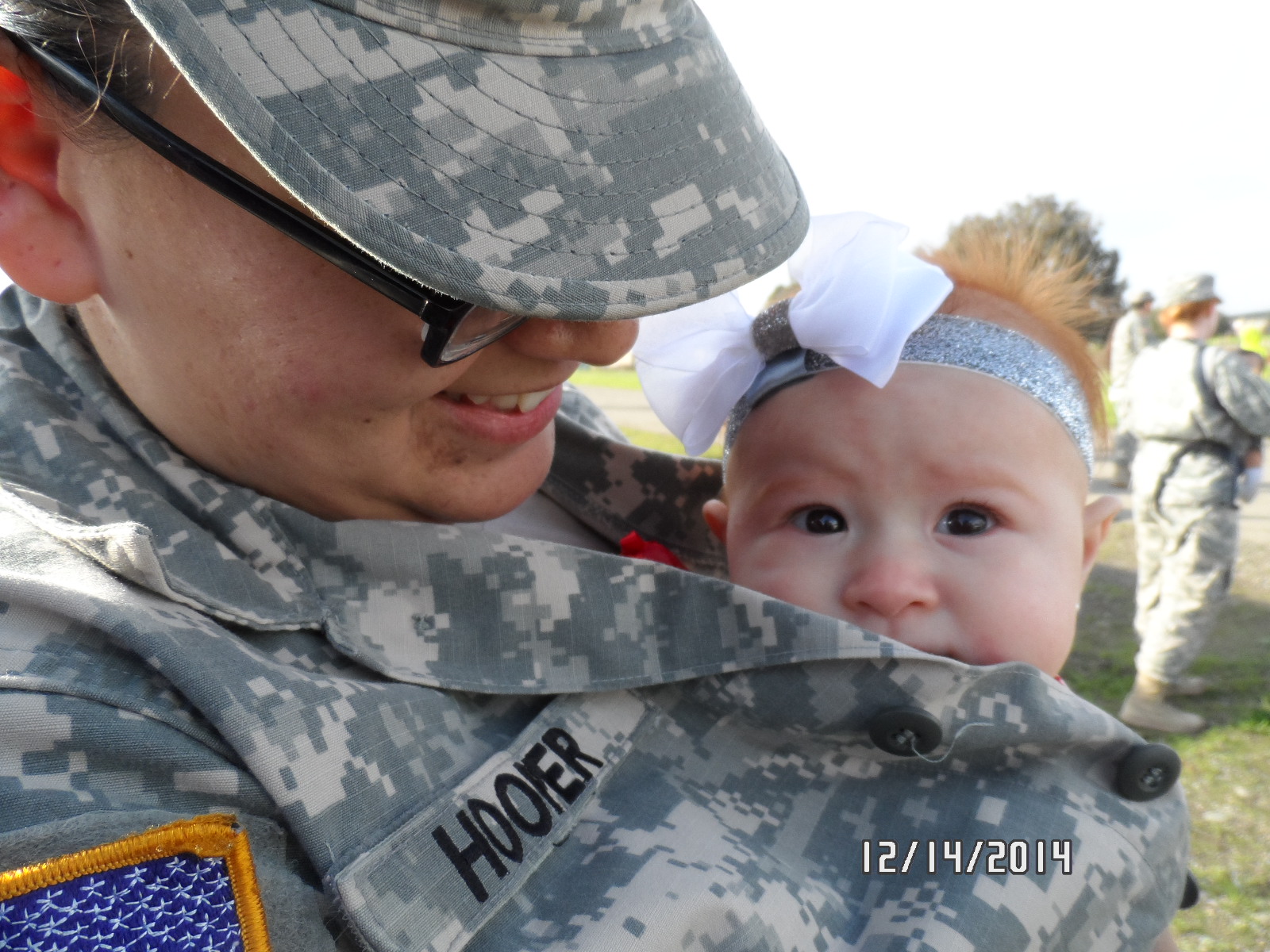 As a reservist, Hooper supported humanitarian missions around the world. Her military mindset was inspired by her father, who served in the Mexican army, and an older brother who was in the U.S. Army.

“I’d look at the pictures he sent from around the world and I was intrigued,” she said. “My dad encouraged me, but my mom was skeptical. ‘You’re a girl. Why do you want to be in the military?’ She came around and is very proud of me.”

Born and raised in Riverside, Hooper, 31, says she’s playing catch-up with her peers. Earning a bachelor’s degree in business, performing a stint as a military wife, becoming a mom and serving as an HR specialist in the reserves took time. A first-generation college student, the reservist picked up courses at Riverside Community College and held leadership roles in student veterans groups over the years before earning her bachelor’s and choosing USC, where she’s a member of the university’s Veterans Association.

“The MBV program will allow me to be on par with my peers,” she said. “It’ll take just one year and takes into account my military experience.”

Asked why she chose an administrative path in the military, Hooper — who expresses no regrets — said gender bias may have played a role.

“I hadn’t researched the jobs that are available when I entered the reserves,” she said. “They said, ‘You look like you could be in HR.’ I didn’t ask any questions. I was going to Cal Poly at the time for aerospace engineering. I wasn’t asked about that. They didn’t think about me as a civil engineer, artillery, anything like that.

“I think we all have biases in us,” she added. “Even my name — it’s my married name and I kept it after my divorce. My maiden name is Lopez-Obeso. With a neutral name like Hooper, not everyone knows that I have a Hispanic background and speak Spanish.”

Hooper and her daughter work through school stressors together

With a graduate degree less than a year off, Hooper is looking with interest toward the corporate world, though she holds service close to her heart: “I want to stick to public service, emergency management, helping communities stay resilient in the face of disaster. It’s still a passion of mine.”

While headed full speed toward her degree, Hooper faces the stressors that students of all ages are carrying, in addition to the parent-educator role required by online learning.

“Isabel is in the first grade, so I need to work with her on simple things like logging on and off, but she’s getting there,” she said. “We both are.”

At 26, Erdavria Simpson has earned a master’s at USC, started an empowerment organization for communities of color, and stands ready to deploy.