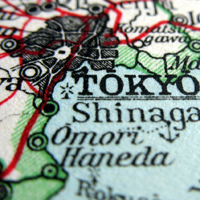 The conference will bring together experts discussing key issues and challenges facing the region in four major areas: how to adapt to the aging of our societies; interactive digital entertainment; entrepreneurship and innovation; and questions facing Pacific Rim societies.

“The conference exemplifies USC’s global heritage and our even more ambitious global future,” said USC Provost C. L. Max Nikias. “We expect hundreds of guests at this year’s event � including USC trustees, administrators and world-class authorities on a variety of matters involving the Pacific Rim’s growing impact on our planet.”

Presentations, keynote addresses, panel discussions and networking events will provide participants with opportunities to connect with leaders, learn about trends that will affect business, discover new technologies that will change the way we live and explore the business impact of social changes.

The conference also will feature a discussion on communication in the new millennium, led by Yukiko Ogasawara, president of The Japan Times; a panel on emerging opportunities in real estate for senior citizens, led by chairman of the Hang Lung Group and USC trustee Ronnie Chan; a look at the aging of societies across Asia, presented by Tim Feige, co-president of Prudential International Insurance; a plenary presentation on entrepreneurship in Japan by Joichi Ito, chairman of Creative Commons and fellow at the USC Annenberg Center; and a discussion on creating a culture of innovation, led by Krisztina Holly, vice provost and executive director of USC Stevens Institute for Innovation.

Other prominent speakers � and leaders in their fields � include Bill Ireton, chairman of Warner Entertainment, Japan; Thierry Port�, president and CEO of Shinsei Bank; Kin-Ichi Yoshihara, senior vice president of the Asia Forum, Japan; Jim Clifton, chairman and CEO of the Gallup Organization; Gerald Davison, dean of the USC Davis School of Gerontology; and Jim Ellis, dean of the USC Marshall School of Business.

USC long has been recognized as one of the world’s most truly global universities. For more than 125 years, its student body has drawn young men and women from all parts of the globe. The USC Global Conference will increase USC’s profile as an elite global research university as well as draw together a worldwide network of leaders with a valuable range of vantage points on global change.

“Under President (Steven B.) Sample, USC has recognized that it has an opportunity to create a model for a truly global university, one that benefits society by building bridges across continents,” Nikias said. “USC is a natural leader for such efforts, due to its location as a rising Pacific Rim capital, its strength in areas such as business and technology, its active alumni network and its own heritage as an international crossroads.”

The USC Global Conference will be held at the Tokyo Shinjuku Hilton Hotel. For a full list of participants and program schedule, visit https://www.usc.edu/globalconference

The university’s biennial leadership event focused on ‘Innovations for a Rapidly Changing World.’

Hundreds of USC alumni and leaders gathered at the official welcome reception and dinner of the 2013 USC Global Conference in Seoul.

The 2011 USC Global Conference opened with a lion’s roar as USC president C. L. Max Nikias and Hong Kong finance secretary John Tsang inaugurated the event with a ceremonial “waking” of a lion in a traditional Chinese dance.

Global Conference to Convene in Tokyo