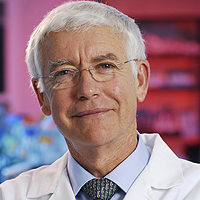 Peter Jones, director of the USC/Norris Comprehensive Cancer Center at the Keck School of Medicine

The Keck School of Medicine of USC has received a $10 million gift from the Kenneth T. & Eileen L. Norris Foundation that will be critical in launching one of the nation’s first research centers devoted to the study of epigenetics.

The grant will solidify USC’s position at the forefront of epigenetics research � a field that holds great promise in the treatment and prevention of cancer, said Peter Jones, director of the USC/Norris Comprehensive Cancer Center at the Keck School.

“This gift is critical to the university because of the large amount of epigenetics research that has already taken place at USC,” Jones said. “We’ve been one of the leaders in the field for some time and the commitment of the Norris Foundation will allow us to expand our capabilities.

“We shall now be able to use high-throughput techniques to sequence entire epigenomes for the first time. Such approaches would have been unthinkable even a short while ago.”

Epigenetics is the study of how chemicals that attach to DNA and proteins can switch genes on and off without changing the fundamental genetic information. Understanding how specific genes switch on and off has vast implications for the prevention and treatment of cancer and other diseases.

Jones, a past president of the American Association for Cancer Research, said he expects the Epigenome Center at USC will play an integral role in the international epigenome project he is spearheading.

“Most of the research up to now has been focused on genetics,” Jones said. “Now, people are starting to realize that epigenetic processes that package the genome are critical to how it can be used in different cells. When the packaging is right, cells work. When it goes wrong, disease can occur.”

Ronald Barnes, executive director and trustee of the Kenneth T. & Eileen L. Norris Foundation, said he is pleased that the grant will help the university to meet the increasing demands for new, cutting-edge research.

“We are proud to continue our support of the USC/Norris Comprehensive Cancer Center by helping to develop one of the first epigenome centers in the world,” he said. “We believe the facility will be critical to the future of cancer research.”

Through its foundation, the Norris family has given more than $50 million to USC, naming the USC/Norris Comprehensive Cancer Center, the Eileen L. Norris Cinema Theatre, the Norris Dental Center, the Norris Medical Library and the Norris Auditorium.

The Epigenome Center will be housed on the ground floor of the Harlyne J. Norris Cancer Research Tower, a 172,440 square-foot research facility that opened earlier this year on USC’s Health Sciences campus. The center will house state-of-the-art sequencing equipment and computational biologists who will analyze the massive amount of data to be produced. The $10 million gift will go toward acquisition of equipment and staff recruitment.

Peter Laird, a lead researcher and associate professor of surgery, biochemistry and molecular biology, has been named director of the center. A formal opening is planned for January.

The Norris Foundation’s support will position the university to apply for additional funding from the National Institutes of Health, which has launched a Roadmap Epigenetics Program, Jones noted. The program seeks to develop comprehensive reference epigenome maps and new technologies for comprehensive epigenomic analyses throughout the world.

“The grant is a very generous and well-timed gift which allows USC and the Norris Comprehensive Cancer Center to continue its upward trajectory in this field. It contributes directly to the well-being of people and patients,” Jones said.