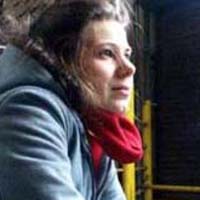 The National Association of Theatre Owners of California/Nevada has boosted vital scholarship support to the USC School of Cinematic Arts, doubling the number of aspiring USC filmmakers who receive NATO aid from four to eight this year.

“Ever since the first image was displayed on a public screen, seeing films in theatres has been a thrill for millions of people around the globe,” said Dean Elizabeth M. Daley. “In supporting SCA filmmakers today, NATO of CA/NV is ensuring that this experience will thrive in the future.”

Since 2005, NATO of CA/NV has supported graduate students and permanent residents of California and Nevada in the John C. Hench Division of Animation & Digital Arts, the Film & Television Production Division, the Writing Division and the Peter Stark Program.

“On behalf of all our members and the public, we are happy to do each and every thing necessary to alleviate the financial burden of those who will uphold, dignify and protect the theatrical and motion picture theatre experience,” said Milton Moritz, the organization’s CEO and president. “There’s no better experience than watching a story unfold on a screen in a darkened theater and no greater feeling than helping these women and men succeed in bringing that sensation to new generations of moviegoers.”

From its office in Los Angeles, the National Association of Theatre Owners of California/Nevada represents more than 4,500 movie screens in the two states. The organization sponsors film seminars and educational workshops for its members and supports the community via charitable contributions and scholarship programs.

The organization’s recognition “gave me confidence as I pushed forward with my thesis film,” said production MFA student Rain Breaw ’07, referring to her story about a family of Khmer Rouge survivors struggling to hold onto hope years after escaping Cambodia.

Breaw received one of the organization’s awards during her third-year studies.

Likewise, MFA writing alumnus Henry Goldberg ’06 said the organization has been instrumental in helping him.

“Becoming a successful screenwriter has been a longtime dream of mine and thanks to NATO’s generosity, I am on a path toward my career goal,” said Goldberg, who is currently working on scripts for traditional films as well as interactive games.