Most of Zackery Torres’ life has centered on two areas: school and dance. That’s why Torres’ goal was to attend USC — it represented the best of both worlds.

The USC environment also provided Torres, now a senior, with an eye-opening moment: During sophomore year, Torres had an epiphany and came out as gender non-binary. 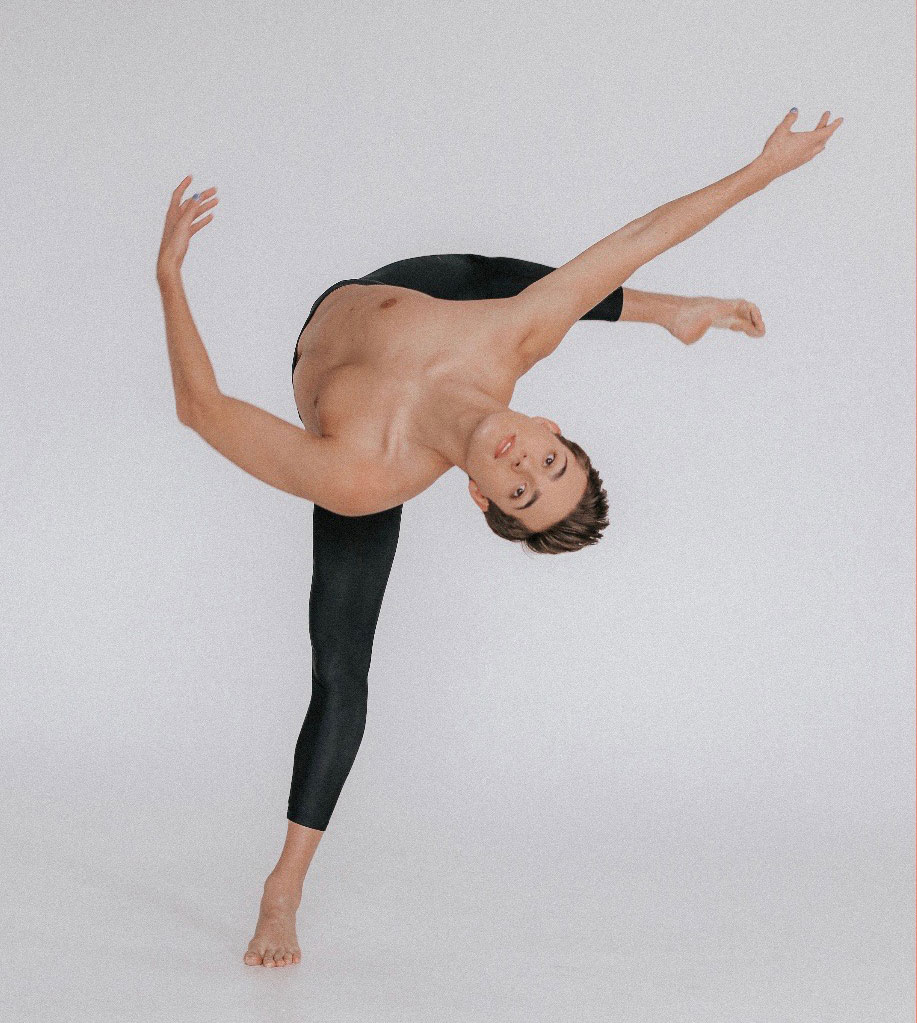 “I had some awesome friends that helped me figure out who I was, and I was like, ‘This makes so much more sense,’” said Torres, who uses they/them pronouns. “I finally felt free.”

Since then, the USC Kaufman School of Dance student has been documenting instances of non-inclusive terminology still used in dance. Torres, who is working toward a bachelor’s degree in dance and also starting a master’s in public relations and advertising at the USC Annenberg School for Communication and Journalism, turned those observations into a guidebook on how to use gender-inclusive language.

“The goal of the book is to make it super easy to understand and provide practical resources and actual steps that people can follow to start shaping their local community,” Torres said. “It’s meant to be used as a starting point.”

An Evolving Conversation on Gender: Dance Edition was released in August through Amazon and Torres’s own company, Continuum Community. The business’s purpose is to help communities become more inclusive, using resources such as videos, guidebooks and one-on-one consultation. The mission is backed by people from all over the world with varying levels of knowledge on gender-inclusive practices.

Torres’s friend, editor and “other set of eyes” Nikita Seth — she/her — has been helping with the day-to-day tasks at Continuum and spreading the word on the new book. A 2020 graduate of the USC Viterbi School of Engineering, Seth met Torres in 2017 and the friendship sparked from there. In knowing Torres and working through the publishing process together, Seth said she’s seen tremendous growth from Torres as an advocate and as a person. Now, she hopes the book can provide a needed resource to help create more inclusive communities.

“It’s not by any means meant to be an extensive look at this entire conversation, but it is meant to be this portion that allows for just the basic understanding of what information you need to even start this conversation,” Seth said.

The book — which Torres self-published — features personal stories, differences between “sex” and “gender,” pronoun use and administrative responsibility. Torres focused on the dance community specifically, as that is the world Torres is most familiar with. The book touches on inclusivity in dance studios — which Torres said has plenty of room for improvement — followed by an implementation guide, which provides immediate steps people can take after reading.

“I want to welcome people into this conversation so that they can feel empowered to learn and not feel defensive about it,” Torres said. “The best change happens when people feel welcomed into the conversation rather than called out for not being.”

Zackery Torres wants dance to evolve while respecting the past

Though the concept of using gender-neutral terms is not exactly new, Torres said it’s not as widely practiced in dance studios as some may think.

Some specific dance examples the book cites include having instructors use gender-inclusive language and providing preferred pronouns, as well as moving away from gendered ballet classes. In many cases, Torres said male and female dancers are separated and taught certain variations that fit those two roles.

If someone doesn’t identify as a man or a woman, what class would they take?

Part of Torres’s message is that breaking up the classes into specific variations — such as a class for footwork and one for jumps and turns — teaches the same principles without assigning genders. Rather than saying, “all the men learn this, and all the women learn this,” Torres feels dancers should be able to pick the part that they feel suits them.

“If someone doesn’t identify as a man or a woman, what class would they take?” Torres said. “Obviously ballet is going nowhere because it’s been a part of dance history and it’s such a lucrative industry, so then how do we evolve that while respecting the past?”

Torres’ early years were spent dancing in their hometown of Phoenix. Around age 12, Torres began auditioning for roles on reality TV programs like Dance Moms and Abby’s Ultimate Dance Competition, where Torres was a cast member for several seasons. By their own admission, “famous” is not a term Torres would use to describe their teenage years. Still, they acknowledge they had more attention than most people at that age.

“When I’m trying to figure out who I am internally, I cloud it with extracurriculars,” Torres said of high school. “Between trying to get straight A’s and trying to get into the best colleges, I was overworking so that I didn’t really have to think about why I’m not embracing my true self.”

Those “distractions” continued until Torres came out as gender non-binary after a “storybook” night with friends at USC. That was when Torres realized that it’s possible to identify outside of the binary and that gender is a spectrum.

“A lightbulb went off in my head,” Torres said, realizing the dance communities they had been a part of weren’t built to include non-binary people.

“This is a really great time to talk about it and be able to bring those people who are slightly doubtful into the mix,” she said. “This is important not only because it makes people feel included but because it allows them to really express themselves at their fullest.”

Torres said USC Kaufman was very accepting of their direction and encouraging of the book, but the initial thought of having a sit-down meeting about modifying traditional parts of dance was nerve-wracking. That’s why Torres approached someone they consider a mentor, Associate Professor of Practice d. Sabela grimes.

Both grimes and Bruce McCormick, another USC Kaufman assistant professor, helped Torres initiate the conversation with the school.

“Zackery proposes that we integrate a common language that asserts the importance of recognizing and respecting gender identity and orientation in clear and collective ways,” grimes said. “Their work invites staff, students and faculty to be part of an ongoing dialogue around the concepts in ways that consider the spaces and places that we inhabit together.”

For the last four years, grimes has watched Torres’s grow — not only as a student but as an advocate as well, calling it an “honor” to witness.

“Their contribution to the school, and the overall field of dance, grows out of inventive advocacy and progressive action that considers the well-being of themselves and the communities in which they flow and grow,” he said.

Torres: “I’ve spent a lifetime going against the grain”

Support from their instructors and cohort provided the extra confidence and strength Torres needed to approach the school.

“I’ve spent a lifetime going against the grain at times, and that obviously is nerve-wracking in any situation,” they said. “But the way the professors at Kaufman taught made you feel empowered to speak out when you needed to.”

The way the professors at Kaufman taught made you feel empowered to speak out when you needed to.

Torres admittedly kept quiet while on TV in their early teens and opted to let their work ethic do the talking, which has carried them throughout their academic career. How else does one get into a top dance program, start a master’s degree before obtaining a bachelor’s, and write and publish a book?

Torres even filmed their audition to USC on a broken hip. When Torres was invited for an in-person audition during the application process, it was the first time they had walked on that hip in months.

That was probably not the “healthiest” mindset, Torres jokingly notes, but it’s also what allows someone who is only 21 years old to have accomplished so much. The difference now is that Torres is speaking out in hopes of making the dance world — and beyond — a more inclusive place.

“I don’t ever claim to be the all-knowing advocate,” Torres said. “The guidebook and the company are really all about my lived experience and come from a very personal and vulnerable place, so I’m just excited to get these conversations going.”

Monday’s landmark decision could extend protections to others, as well.

Two graduates of the USC Suzanne Dworak-Peck School of Social Work have partnered with one of their professors to help break down the barriers to quality, prejudice-free health care.

Diverse club builds web of support for women in mathematics

Charlotte’s Web provides mentorship, networking and support to women and non-binary people who are pursuing careers in math.