The first disease-modifying Alzheimer’s treatments are on the horizon, but health systems in the United States and Europe would have to take a number of steps to ensure they are ready to provide those treatments to the millions of people who need them, according to two USC reports presented this week at the Alzheimer’s Association International Conference.

Soeren Mattke — a research professor of economics at the Center for Economic and Social Research (CESR) at the USC Dornsife College of Letters, Arts and Sciences — assessed the hurdles to providing these treatments to people with Alzheimer’s disease in the United States, as well as in France, Germany, Italy, Spain and the United Kingdom. 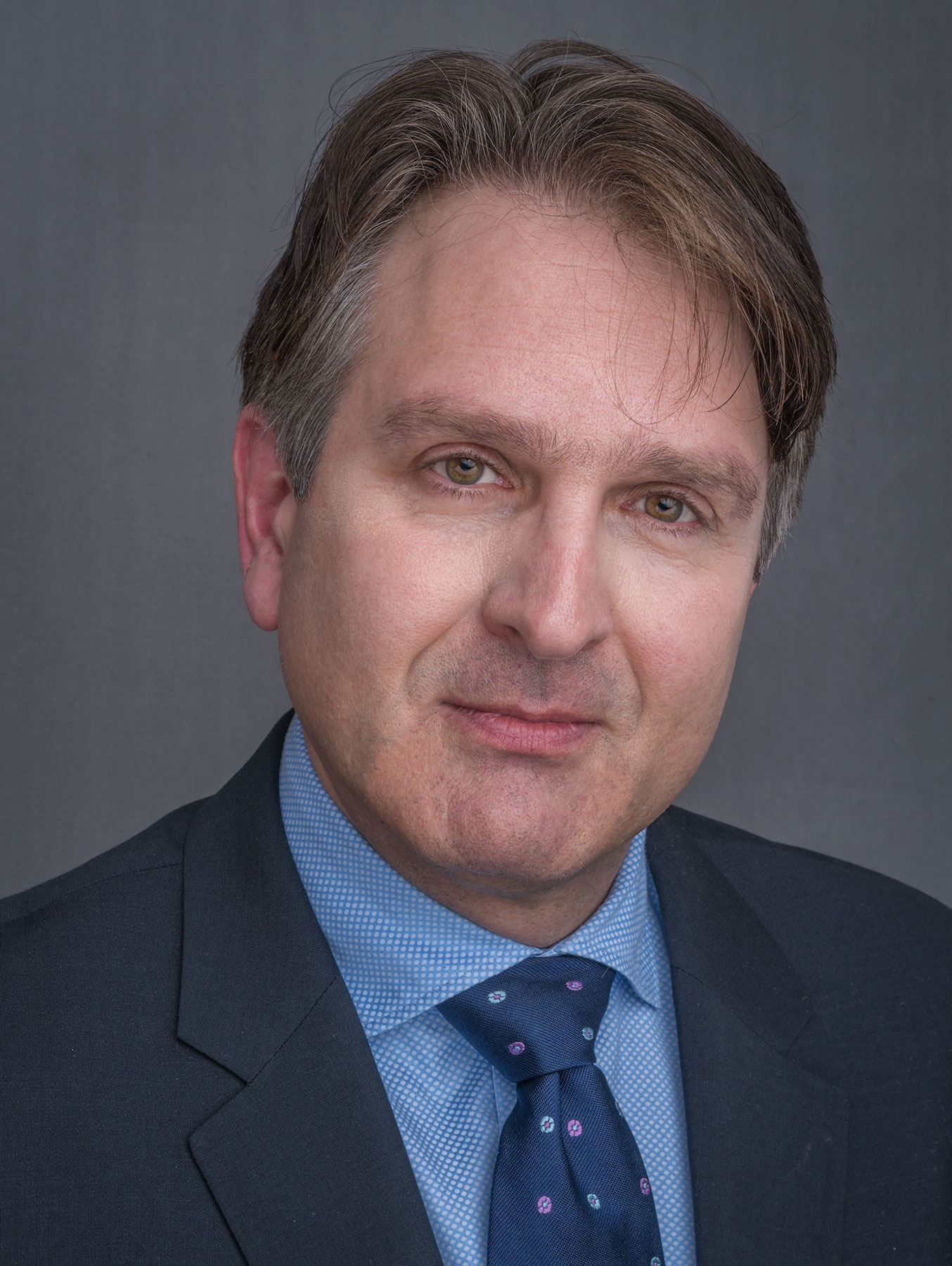 “As the COVID-19 pandemic has taught us, even the most sophisticated health care systems can be overwhelmed by sudden surges in the demand for services,” Mattke wrote. “The arrival of a disease-modifying treatment for Alzheimer’s disease may result in a similar scenario, in which current health system capacity is insufficient to cope with the expected influx of patients who will seek diagnosis and treatment.”

He and co-author Mo Wang, a research assistant at USC Dornsife, found that the countries have various gaps in their health care systems that, if unaddressed, make it difficult for many patients to access treatments once they have been approved for use. Mattke, a physician and health services researcher who directs the CESR Center for Improving Chronic Disease Care, focused on problems in the countries’ health care systems, as well as in their capacity and their capabilities to deliver treatment.

While these countries’ systems differ in many ways, they have some problems in common, including a lack of funding for memory testing that would help identify people who have Alzheimer’s disease and, with the exception of Germany, a shortage of specialists trained in cognitive testing.

Mattke gathered the information for the reports by conducting 30 expert interviews and examining multiple databases, research published in peer-reviewed journals and technical reports.

Some of the health system barriers likely to impede access to treatment include:

While these findings point to a need to devote additional resources to memory care, engage primary care physicians in case finding and triage, and leverage scarce dementia specialists’ time more effectively, there are encouraging initiatives in all six countries. 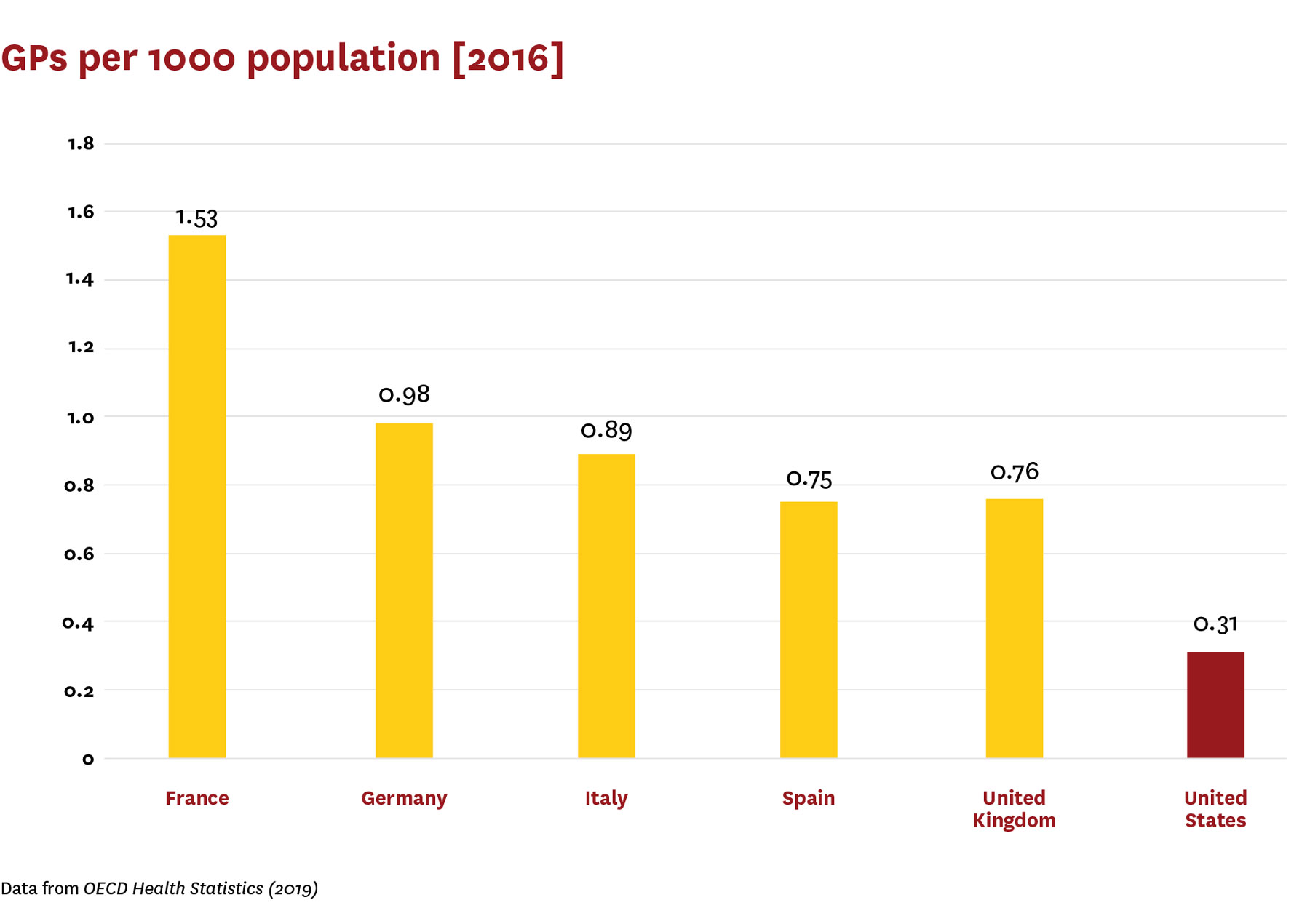 The United States has the lowest ratio of geriatric physicians, or GPs, per person. These specialists can aid in diagnostics and memory testing for dementia patients. (Graphic/Courtesy of Soeren Mattke)

A simple blood test for Alzheimer’s disease could become available soon, which would greatly improve the diagnostic process. diagnostics. France has set up a national network of memory clinics for routine care and for research. Germany introduced an annual comprehensive geriatric assessment including cognitive decline. Italy launched a program, the Interceptor Project, to track patients with early-stage Alzheimer’s disease with the objective that doctors could identify patients at risk of faster progression. In Spain, an expert group formed a group to conduct regional assessments of system readiness for memory care and provide recommendations. The U.K. initiated an accreditation scheme to standardize memory services. In the U.S., Project ECHO is experimenting with telehealth models to empower primary care clinicians to provide memory care.

“Alzheimer’s disease poses a unique challenge because so many different clinicians and planners must work together to prepare for the advent of a disease-modifying treatment,” Mattke said. “A concerted effort of stakeholders will be needed to raise awareness for this challenge and work on solutions. Unlike in the COVID-19 pandemic, there is still time for health care systems to prepare. But the work needs to start now.”

The work was funded by a contract from Roche, known as Genentech in the United States, a company that is developing blood-based assays and disease-modifying treatments for Alzheimer’s disease, to the University of Southern California. The sponsor had no role in the design of the study, interpretation of the findings or decision to submit the data for presentation at AAIC.

“It’s never too early or too late to take action,” says Lon Schneider of the Keck School of Medicine of USC, co-director of the USC Alzheimer Disease Research Center’s clinical core.

Keck School of Medicine of USC is launching a large clinical trial that targets amyloid plaques in the brain. The goal: to see whether a drug can clear or slow this plaque in people who have early Alzheimer’s or who appear clinically normal.

November is Alzheimer’s Awareness Month, and USC scientists are researching healthy lifestyle choices and certain drugs that might reduce the risk of developing the disease.