The archive of the renowned American architect Paul Revere Williams has been jointly acquired by the USC School of Architecture and Getty Research Institute.

The USC alumnus is considered the most significant Black architect of the 20th century, with especially strong ties to Southern California and the city of Los Angeles.

“Paul Williams led by example and instilled in his children and grandchildren the importance of excellence, an attention to detail and, above all, family. The collaboration of two such esteemed institutions, the University of Southern California and Getty Research Institute, to preserve and further his legacy would make our grandfather extremely proud,” said his granddaughter, Karen Elyse Hudson, who has cared for the archive and published extensively on her grandfather’s work.

“As the family historian, my journey has been one of awe and encouragement,” she added. “Never once did I believe my work was my gift to him, for it has been and will always be his gift to us. To others, he is often referred to as ‘the architect to the stars.’ To his grandchildren, he was simply the best grandfather ever.” 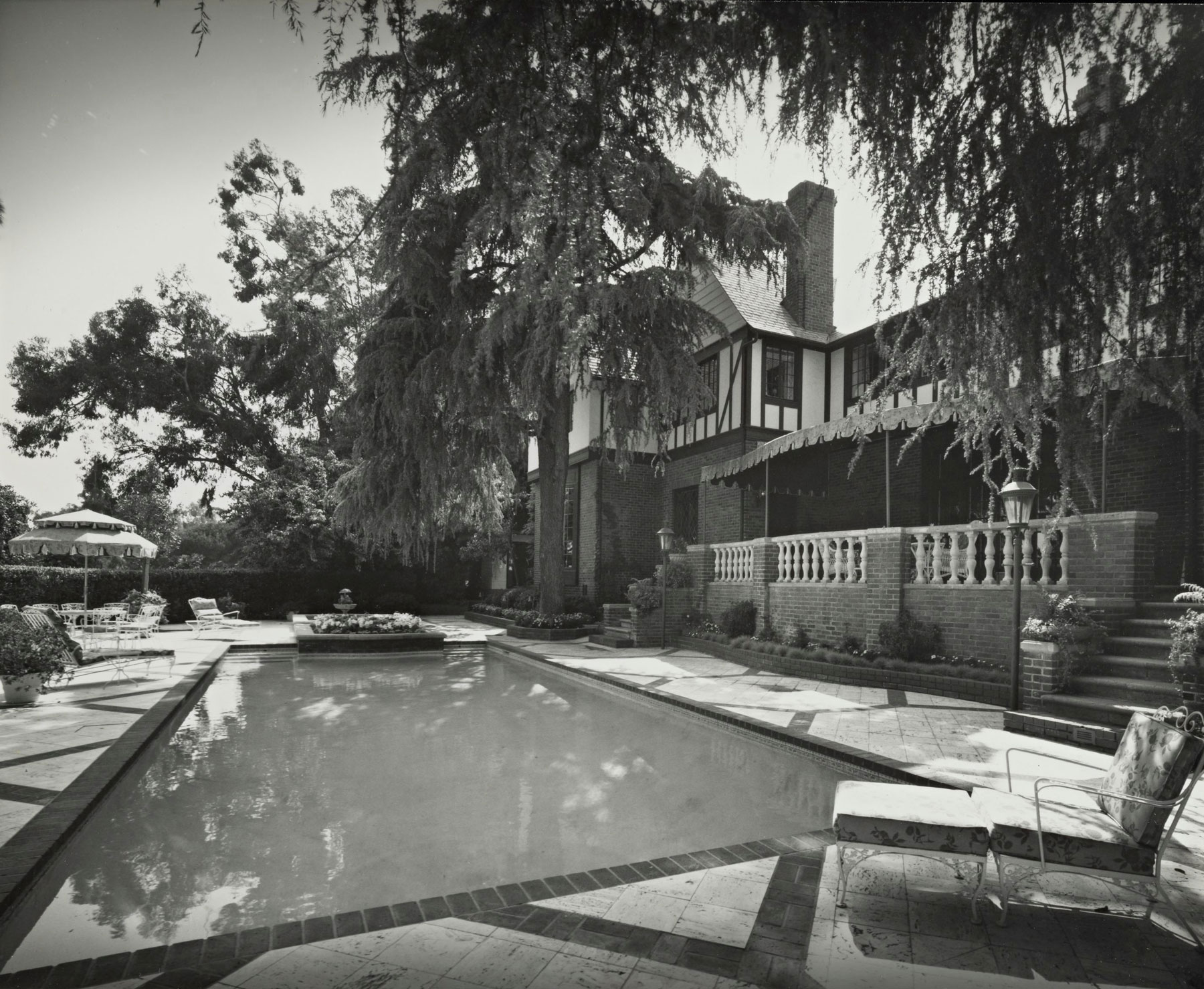 Documenting the majority of Williams’ career — from his early residential commissions during Los Angeles’ housing boom of the 1920s to landmark midcentury civic structures — the archive includes approximately 35,000 plans, 10,000 original drawings, blueprints and project diazotypes, hand-colored renderings, vintage photographs, correspondence and other materials. The plans represent the majority of Williams’ commissioned work, including projects that were never built.

Although many of Williams’ business records were lost in a 1992 fire, most of his extensive archive was in a different location and is in excellent condition.

“We are honored to accept this archive and synthesize his legacy with the forward-looking vision of the school to produce impactful design and scholarship on the historical and contemporary evolution of the modern city,” said Milton S. F. Curry, dean of the USC School of Architecture.

“The work contained in this archive tells many stories,” he added. “It contains the creative expressions of an architect working across many different constituencies in a socially complicated time. It also contains evidence of stunning aesthetic innovations that reimagined the space and program of public housing, hotels and residential design and civic space. Paul R. Williams was an architect who believed that architecture could advance social progress. His work and life as captured in this archive will quickly become an invaluable resource for like-minded students, faculty and the greater public.” 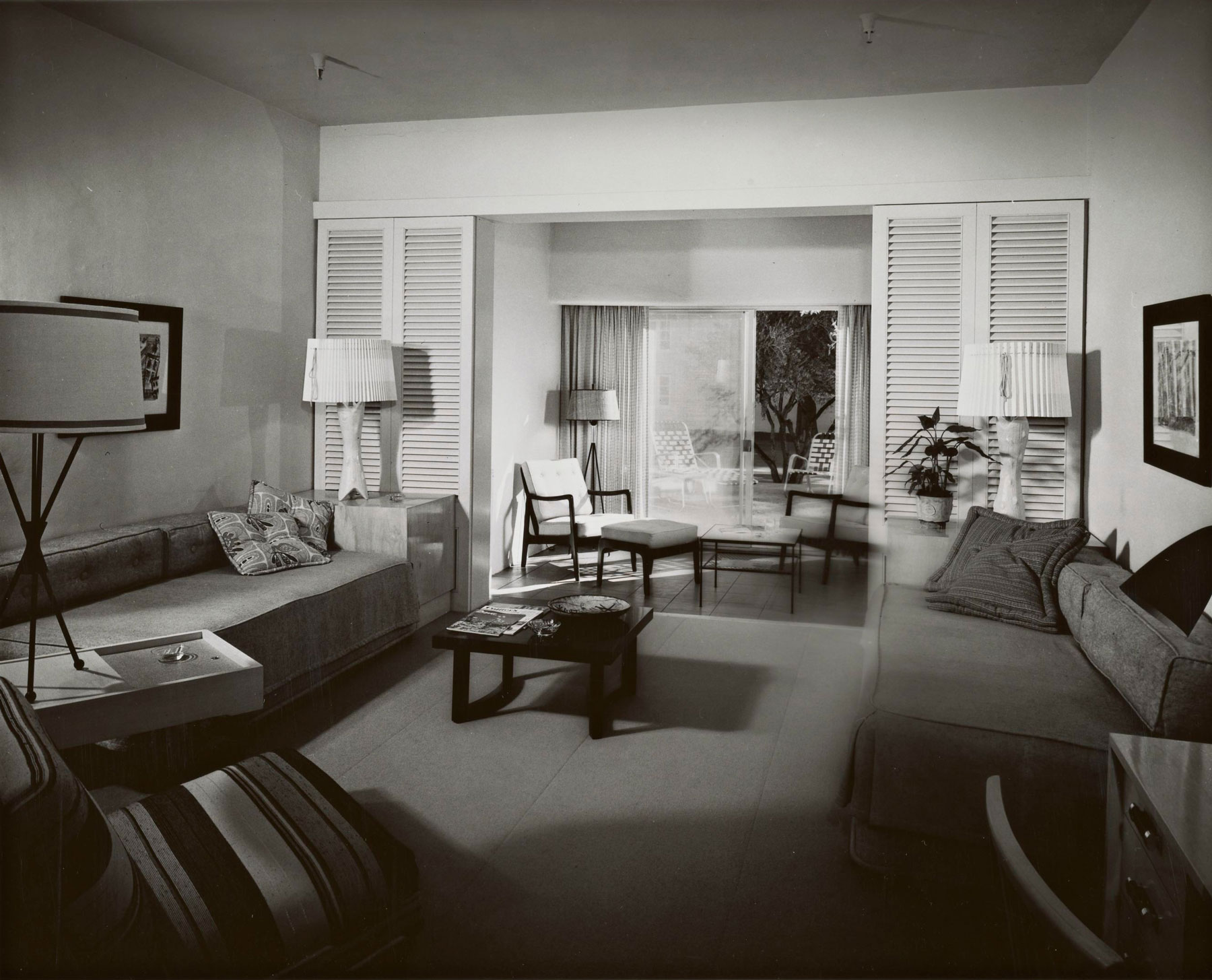 At USC, the Paul Williams Archive Initiative will be a central feature of the forthcoming USC Center for Architecture + City Design. The center and the initiative will link archival work on the design of cities with scholars and designers working on contemporary issues that engage architecture, conservation urbanism and social practice.

At the Getty Research Institute, the archive will be a cornerstone of its African American Art History Initiative, launched in 2018.

“Paul Williams was a trailblazing architect whose long career helped shape Los Angeles and Southern California. His archive essentially tells the story of how the modern Southland was built,” said Getty Research Institute Director Mary Miller. “Its importance as an aesthetic and educational resource cannot be overstated, and we are pleased to be working with the USC School of Architecture to preserve and share it.”

The life and times of Paul Revere Williams

Segregation often framed the context in which Williams worked. He learned to draw upside down in order to sketch for clients from across the table — for the benefit of any white clients who might have been uneasy sitting next to a Black person. He toured construction sites with hands clasped behind his back because he was not sure every person would want to shake a Black man’s hand.

“During a period of de jure segregation, Paul R. Williams mastered architecture, a public art form, and was as prolific as he was persistent. His legacy is therefore as much about the character of the man himself as it is the scale, variety and ambitions within a professional practice wed to realizations of perpetual excellence,” said LeRonn P. Brooks, associate curator for modern and contemporary collections at the Getty Research Institute. “His career and life invite new histories to be written by the countless scholars who will have unprecedented access to this tremendously important archive.” 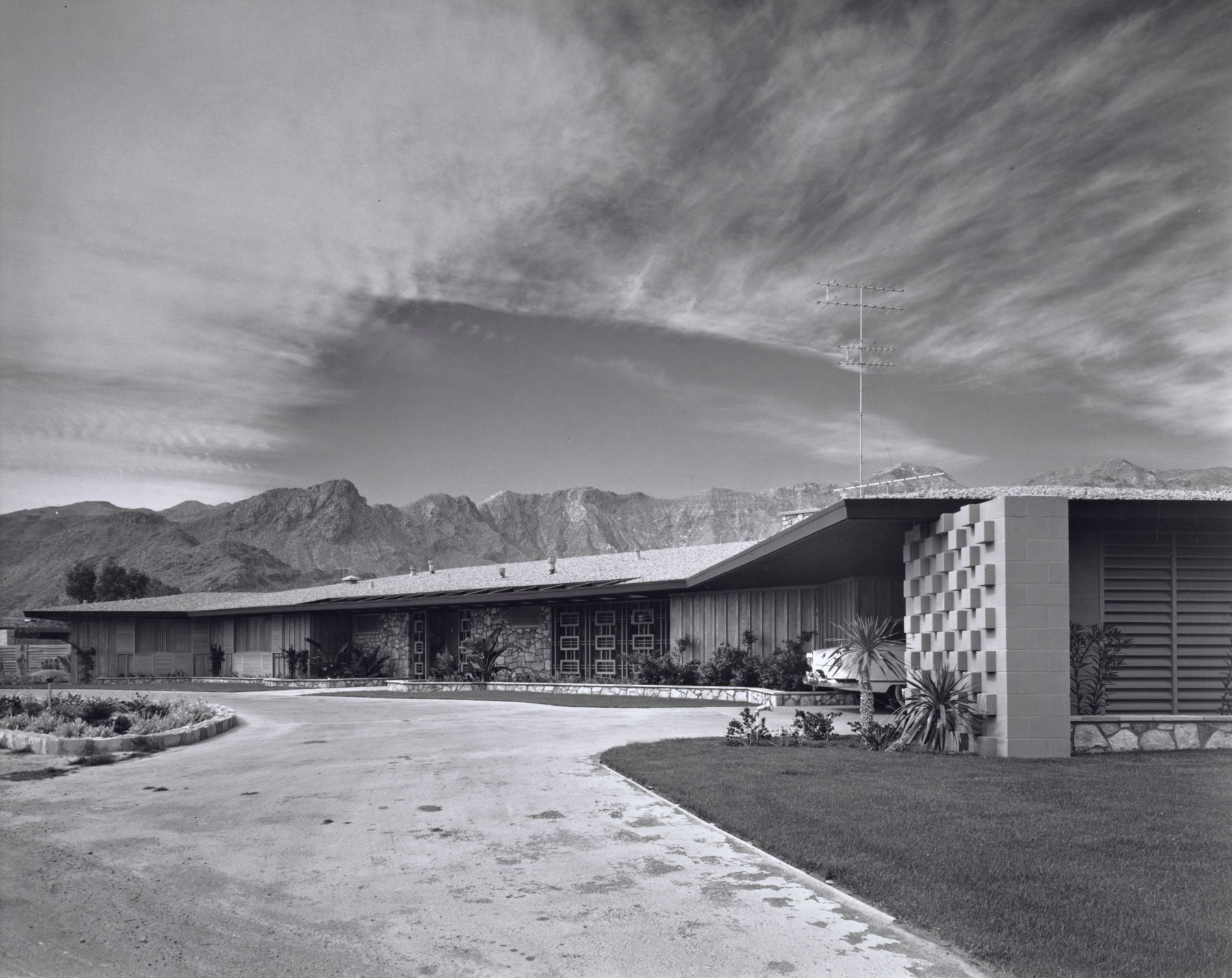 Williams’ career spanned nearly six decades and over 3,000 projects. He was a master of Late Moderne design, known for combining long horizontal lines and sleek curving forms, yet fully versed in other architectural styles.

His early work was primarily residential, designing legendary homes for leaders in business and entertainment such as Lucille Ball and Desi Arnaz, Bill (Bojangles) Robinson, Frank Sinatra, the E. L. Cord and Paley families, and Cary Grant. Though his later career included commercial, institutional and public building projects, residential design was a perennial element of his work.

Williams worked on a large number of national and international projects, which notably included the design and construction of the Hotel Nutibara in Medellín, Colombia, the United Nations Building in Paris and Langston Terrace in Washington D.C., the first federally sponsored public housing in the country. However, Southern California was always his chief building ground.

“The Los Angeles cityscape is a testament to Paul R. Williams’ lasting impact on Southern California and modern architecture in general,” said Maristella Casciato, senior curator of architecture at the Getty Research Institute. “This rich, comprehensive archive is one of the most significant acquisitions of 20th-century architecture that Getty has worked on.” 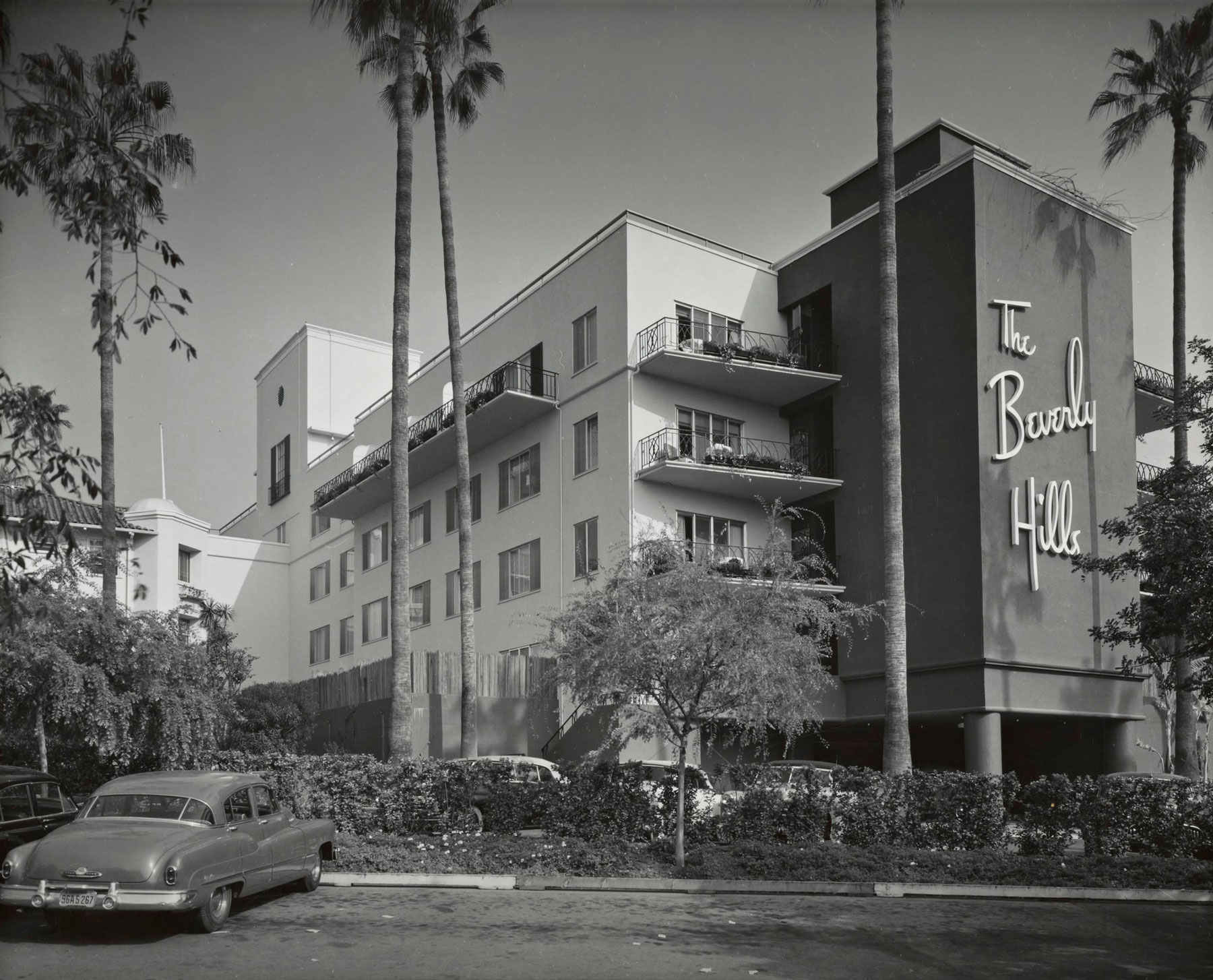 Many of Williams’ projects — such as the MCA headquarters (1939), the renovation of the Ambassador Hotel (1949), Golden State Mutual Life Insurance Company Building (1949), refurbishments and additions to The Beverly Hills Hotel (the 1940s-1970s), the Los Angeles County Courthouse (1951), Los Angeles International Airport (1960) and the First African Methodist Episcopal Church (1968) — became modernist fixtures of the Los Angeles cityscape, some resonating strongly within Los Angeles’ Black community. Golden State Mutual Life Insurance was the largest African American-owned insurance company in the western United States, holding the most significant institutional collection of African American art, while the First AME Church was home to the oldest Black congregation in the city.

Williams also was the chief architect for the Pueblo del Rio neighborhood at 52nd Street and Long Beach Avenue in South Los Angeles, which was built to house Black defense industry workers in 1940.

Williams retired in 1973 having received numerous accolades, including AIA’s Award of Merit for the MCA Building and the NAACP’s Spingarn Medal for his outstanding contributions as an architect and work with Los Angeles’s Black community. In 2017, he was posthumously awarded the USC School of Architecture’s Distinguished Alumni Award. He died in 1980 at 85.

The USC School of Architecture and the Getty Research Institute are co-owners of the archive and will work together to extend the legacy of Williams through research and scholarship as well as exhibitions and programming. The archive will be housed at Getty, which will oversee the processing and conservation of the materials. An extensive digitization effort will take several years and ultimately make most of the archive accessible to scholars and others.

You might recognize these L.A. landmarks. But did you know that alumni of the USC School of Architecture designed them?