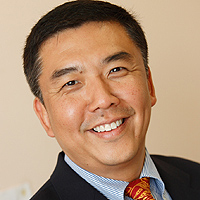 Cell marking techniques, including dye and benign viruses, will act as indelible markers to track epithelial cells as they merge, unite the two shelves of the palate and form the roof of the mouth, said Yang Chai, professor and chair of the craniofacial sciences and therapeutics division in the Center for Craniofacial Molecular Biology.

“Using some of the latest technology, we’ll be able to follow a cell’s fate at the single cell level,” Chai said. “We know some of these cells die while others move away so the mesenchyme can become confluent. We want to find out what causes these cells to either move away or die.”

The team hopes to eventually develop a technique of micro-MRI that can be used during a pregnancy to monitor the tissue and determine if a developing fetus has a cleft palate. The goal is to understand early events in formation of the cells that contribute to the palate, analyze their movements and identify genes that play pivotal roles in proper formation and closure of the palate.

“The potential for an early diagnosis will be the immediate benefit,” Chai says. “It will help parents and doctors to plan ahead for a child’s treatment, and it may someday open up the possibility of treating the malformation in utero, perhaps coupled with stem cell research.”

The fates of these important epithelial cells also will be a valuable contribution to the FaceBase Project, a National Institute of Dental and Craniofacial Research initiative to catalog normal and abnormal facial genomics in one easy to search database. Chai, along with University of Iowa professor of neonatology Jeffrey Murray, is working to coordinate the project.

Several universities will work to contribute to the database, including USC, Caltech, the University of Iowa, Washington University in St. Louis, the University of Colorado and the University of Edinburgh in Scotland. The National Institute hopes to provide a hub for all the data springing from animal- or human-based craniofacial research, making it much more user-friendly to obtain genomics information, Chai said.

“Based on this desire, the NIDCR reached out to the scientific community, and we were identified as one of the expert resources that will contribute to the enrichment of this craniofacial research database,” he said. “We feel very excited and fortunate. What we generate will definitely help the larger scientific community.”

Project to Delve Into the Developing Palate

USC-Colorado football game, scheduled for Saturday, will not be played

Floyd’s death forced the issue of racial inequality to the forefront — and sparked a new student-athlete activism organization at USC. Listen as Trojans including athletic standouts Anna Cockrell and Amon-Ra St. Brown share their stories.