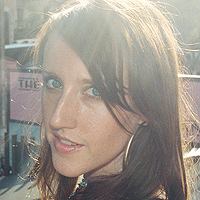 In a new book, USC professor Elizabeth Currid doesn’t dispel the clich� of the starving artist living on the fringe, but she exposes the fuller story of a creative industry that can turn seedy parts of town into thriving art enclaves.

In The Warhol Economy (Princeton University Press, 2007), Currid, assistant professor at the USC School of Policy, Planning, and Development, writes that fashion, art and music � and all the side businesses that feed off those ventures � are important cogs in a city’s economic engine.

Currid also uses employment, census and economic data to demonstrate the financial significance of culture on a city’s bottom line. That’s routinely done with other sectors such as finance and management but not often quantified for the arts.

“If we understand how this works, we can create policies to maximize the economic impacts of art and culture,” she said.

But the book is as much a study of New York’s economy as it is a whirlwind exploration of the city’s nightlife and arts scene. Research took her everywhere � fashion shows, gallery openings and some of the city’s hottest nightclubs � to fully understand how the social scene fuels the city’s creative industries.

“I call it participant observation, but other people may call it hanging out,” she said at a recent research seminar at the USC Annenberg School for Communication.

Currid appends the cold facts with vivid reporting and more than 100 interviews in her book. She also provides an insider’s guide to the business of creativity by including the voices of leading fashion designers such as Diane von Furstenberg and Zac Posen; musicians like Quincy Jones; club owners including CBGB founder, the late Hilly Kristal; and artists such as Ryan McGinness.

“Instead of shutting down nightclubs, policymakers should look to reinforce the artistic and cultural environment and should establish policies to address the needs of the vibrant creative economy,” she said.

Currid calculates the benefits of having arts districts, which yield a variety of spinoff ventures, from galleries and restaurants to fashion boutiques and textile manufacturers.

She urges cities to protect the bastions of culture that are becoming too popular for their own good, driving up rents and driving out the small and mid-level artists and businesses that first revitalized the area.

Policymakers should use zoning laws to protect grass roots businesses by discouraging larger national chains from moving into artsy neighborhoods, she said. In addition, rents should be subsidized for artist housing and businesses as real estate values rise, thereby protecting the people who helped create the economic turnaround, Currid argued.

“Growth is good, and people like when real estate prices go up,” Currid said. “But this can lead not just to a homogenous neighborhood but to the destruction of the social and economic fabric that made it a desirable location in the first place.”

The Warhol Economy began as Currid’s dissertation at Columbia University. Before she was halfway through the draft, she landed a book deal.

Since its publication, Currid has traveled across the country to talk about her research, appearing on National Public Radio and the pages of The New Yorker, The Village Voice, The Economist and Elle. She recently spoke at SPPD’s Sacramento Center, attracting state legislators, state agencies and city departments.

“It’s been amazing,” she said. “I could never have anticipated the outlets that took the time to care about my work.”

Currid’s next project involves an exploration of Los Angeles to explain how, despite its sprawl, the city remains one of the world’s most important cultural epicenters.

When Culture Counts on the Bottom Line