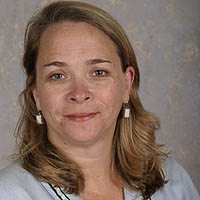 Twenty-five arts journalists have been chosen from 18 states to participate as fellows in the fourth National Endowment for the Arts Journalism Institute in Theater and Musical Theater at the USC Annenberg School for Communication.

Through the support of the NEA, the institute will be conducted by USC Annenberg’s School of Journalism from Feb. 5-15.

Participants in the institute include theatre critics and editors, features writers and arts and entertainment editors from newspapers, radio and/or television stations. The 25 NEA fellows are:

“This exceptional group of journalists represents the new model for arts journalism,” said says Ernest J. Wilson III, dean of the USC Annenberg School for Communication. “Many of them are working across multimedia platforms, reporting in print, broadcast and online. It is a transformational, dynamic and exciting time for journalism and this group reflects that.”

The groundbreaking program is part of a $1 million NEA initiative to offer intensive training for theatre critics and their editors who work outside the country’s major media markets.

“The vitality of the arts depends on lively and informed criticism, especially local reviews and coverage from their own communities,” said NEA Chairman Dana Gioia. “Outside our major cities, journalists who cover the arts often are over-extended with multiple beats and assignments that allow few opportunities to concentrate on various artistic disciplines. USC Annenberg has created an exemplary program of professional development for arts journalists.”

The 25 fellows will participate in a rigorous 10-day program that includes writing workshops, history lectures, acting and directing classes, observation of rehearsals, encounters with theatre professionals and performances of plays and musicals, including those by Athol Fugard, Marsha Norman, Austin Pendleton, The Wooster Group, Alex Timbers and Joan Rivers.

Nearly 50 applications were received from writers, editors and critics from 28 states and from a variety of media. Each newspaper, radio and television station represented in the 2008 fellowship is new to the NEA Arts Journalism Institute in Theater and Musical Theater.