It started with a Facebook post: a photo of twin girls wearing matching USC sweatshirts, announcing their decision to join the Class of 2024.

The incoming freshmen are Ashley and Aspen Somers, familiar names to Ramen Chmait, director of Los Angeles Fetal Surgery and associate professor of clinical obstetrics and gynecology, pediatrics and surgery at the Keck School of Medicine of USC.

“My wife sent me this picture from Facebook,” Chmait said. “I thought to myself, ‘Can this be true?’”

It was a photo 17 years in the making, and one that almost didn’t happen. 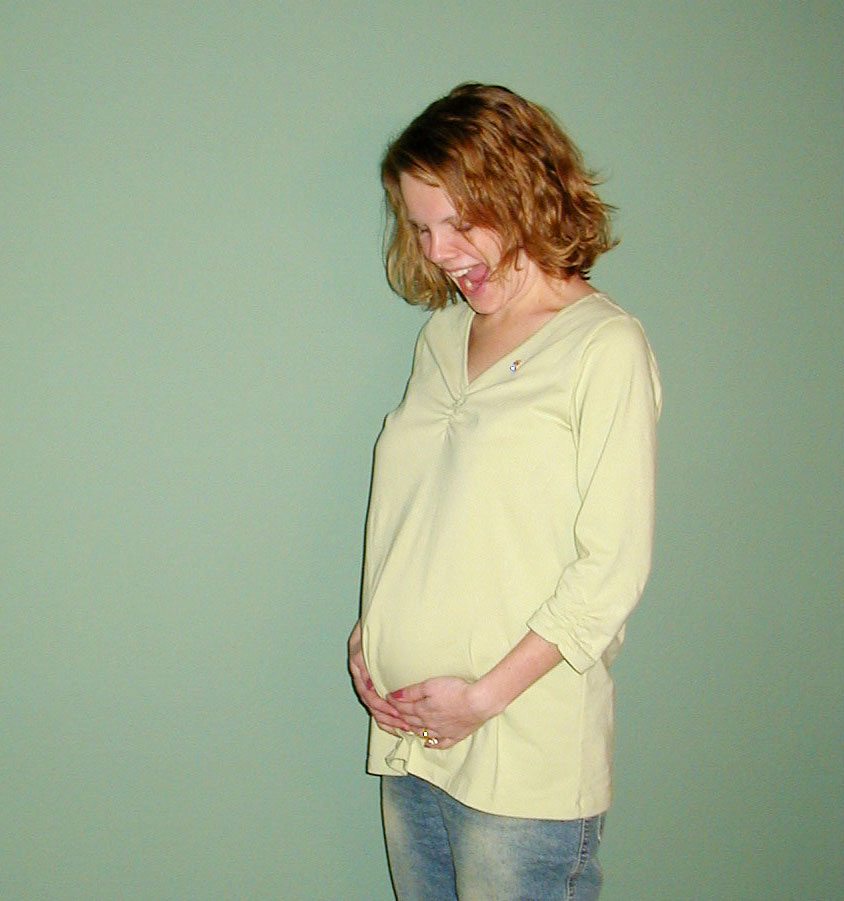 Michelle Somers at 24 weeks pregnant. She had surgery at 21 weeks when she found out that her babies had a serious complication called twin-to-twin transfusion syndrome. (Photo/Courtesy of Michelle Somers)

“I first met Ashley and Aspen Somers when they were fetuses in their mom’s womb,” Chmait said. “They were afflicted with twin-to-twin transfusion syndrome.”

Twin-to-twin transfusion syndrome (TTTS) is a complication of disproportionate blood supply, resulting in high morbidity and mortality. It can affect monochorionic multiples — pregnancies where two or more fetuses share a chorion and hence a single placenta. Severe TTTS has a 60% to 100% mortality rate.

“It was all pretty much doom and gloom: let them die or terminate the pregnancy,” said Lonnie Somers, the twins’ father. “We were devastated.”

Somers’ wife, Michelle, was 20 weeks pregnant with the twins when they received the diagnosis. The couple, who had struggled to conceive, said they weren’t ready to give up.

“I think every pregnant family anticipates the birth of their children — what it’s going to be like when they take their first step, that first smile, that first hug, that first word,” Lonnie Somers said. “And that was all being taken away from us.”

In 2003, there was little information readily available on TTTS and even less intel about specialists who were treating it.

“I felt like there had to be something to be done,” he said. “We kept trying to find some hope.” 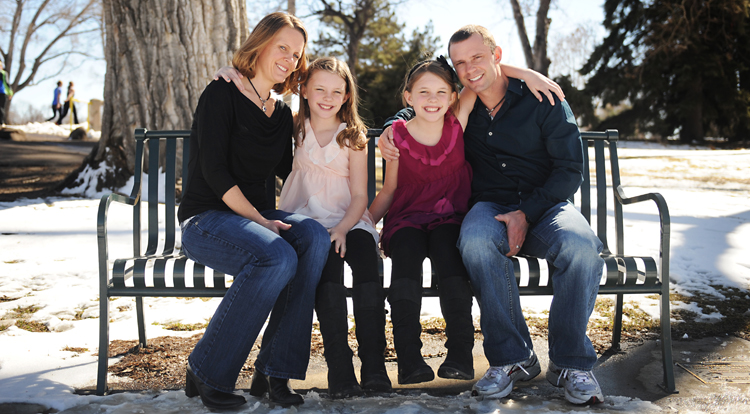 Lonnie and Michelle Somers lived in Littleton, Colo., when they were pregnant and traveled to the Fetal Institute in Tampa, Fla. for surgery. (Photo/Courtesy of Michelle Somers)

Hope would be found 1,900 miles away. The Somers — who were living in Littleton, Colo. — had heard about the Fetal Institute in Tampa, Fla. Their fetal surgery specialists were in the beginning stages of development of a laser surgery technique for the treatment of TTTS that, once completed, would normalize the amniotic fluid volume of both fetuses.

“I was a partner with fetal surgery specialist Ruben Quintero at the institute, which was the largest center at the time for that condition,” Chmait said. “It was in the early days of this kind of surgery; there were very few centers in the country, and in the world, that offered it.”

If the cutting-edge procedure worked, there was a 90% chance of at least one survivor and over a 70% chance of dual survival — but doctors had to act fast. There was a small window of opportunity to perform the surgery where it could be successful.

“Our first diagnosis was on a Wednesday. By the following week, we were in Florida having the surgery,” Michelle said. “The surgery was a success, and we were sent home to Colorado and continued to be monitored from afar for the rest of the pregnancy.”

At 35 weeks, Michelle’s doctors recommended a cesarean section after the placenta became calcified, posing complications to the pregnancy. The couple proceeded with the C-section and anxiously awaited the birth of their twin girls.

“You don’t feel like you can protect them until you can hold them,” Michelle said. “When they first delivered both of them, I completely lost it and was bawling because I could see that, finally, they were OK.” 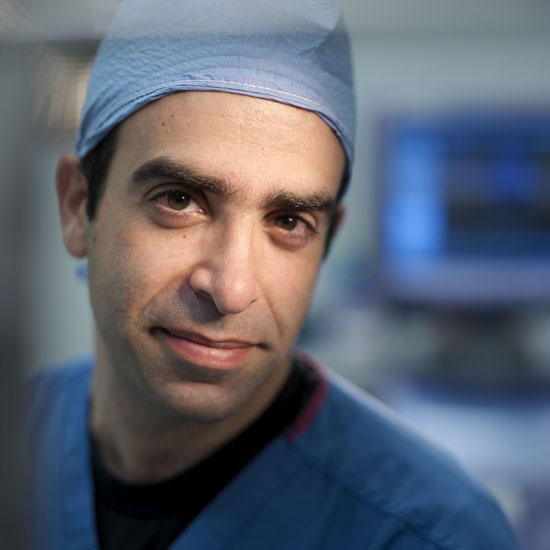 In 2006, three years after the twins’ surgery, Chmait was recruited to USC to serve as the director of the Los Angeles Fetal Surgery program, a collaboration between the university and Children’s Hospital Los Angeles.

Recognized as an international leader in minimally invasive fetal surgery, Chmait performs 175 fetal surgeries a year. Between 30 and 40% of those fetal surgeries involve monochorionic twins diagnosed with TTTS, like the Somers twins.

Inspired by their own personal experience with TTTS, the Somers family created the Fetal Health Foundation, a nonprofit that provides hope and resources to families experiencing a fetal syndrome diagnosis. 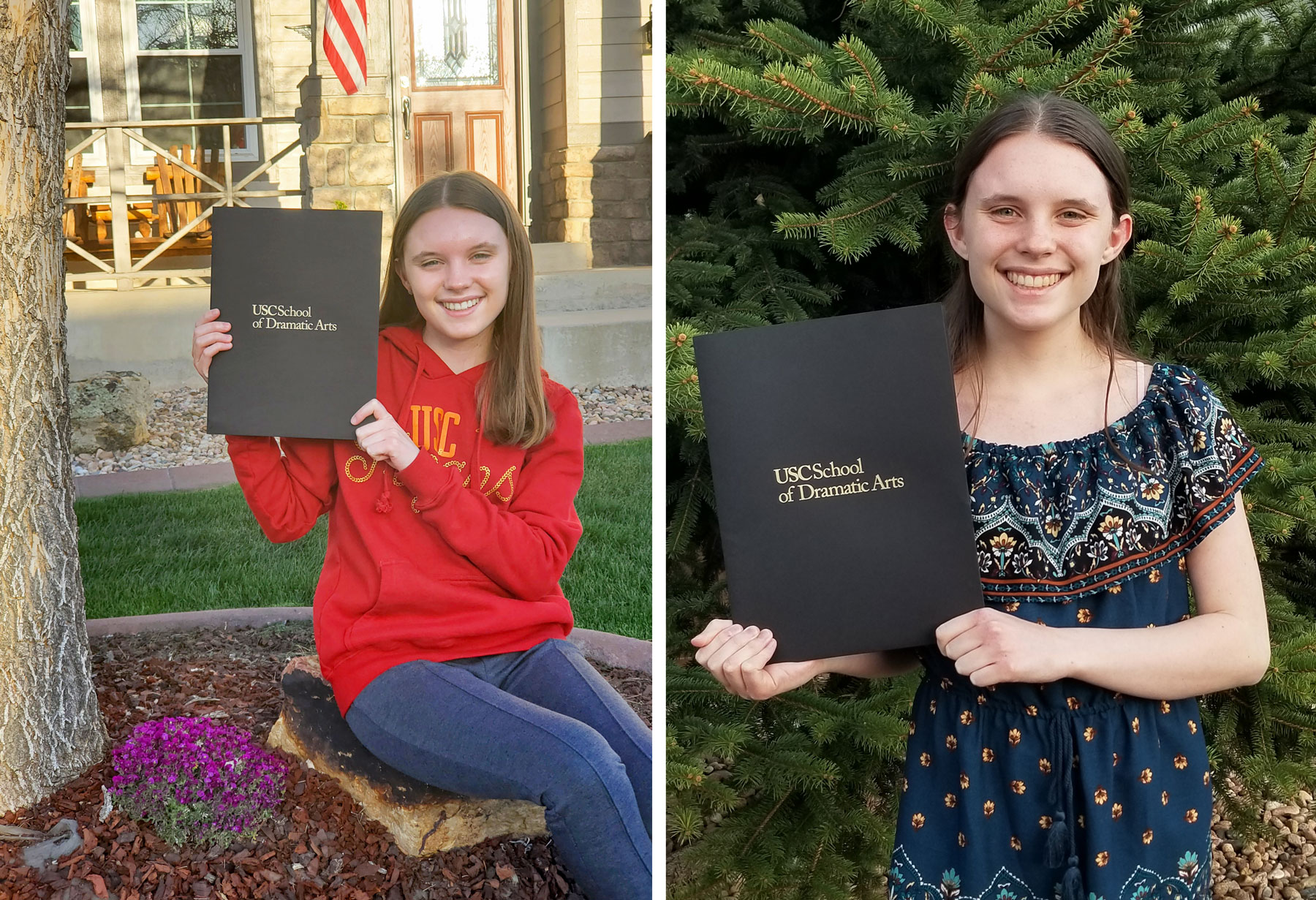 Ashley Somers, left, and Aspen Somers show off their acceptances to the USC School of Dramatic Arts. (Photo/Courtesy of Michelle Somers)

Chmait serves on the foundation’s board as a medical advisor. Despite the thousands of twins he has treated over the years, he remained inexplicably connected to the Somers family.

“I deal with fetuses every day, but to stay connected with them over all of these years — and to know that I was present for their fetal surgery in-utero and now they are coming to USC as incoming freshman — I was blown away,” he said. “I felt like our story had come full circle.”

As for the twins, the dual high school valedictorians are just excited to be attending the USC School of Dramatic Arts.

“I was really excited because USC was my top choice,” Aspen said. “I’m excited about all of the classes I can take.”

But the odds of even being a part of USC’s Class of 2024 aren’t lost on the twins.

“There was a really good chance that I wouldn’t even be alive today,” Ashley said. “Beyond all odds, I was given a chance at life, and I plan on doing something amazing with it.”

When asked what they’d say to Chmait if they ran into him on campus, Ashley was quick to respond: “I haven’t seen him since I was in my mom’s belly, but I’ll probably say ‘hi and thank you’ because he kind of saved my life.”

A team of researchers has landed a three-year, $1 million grant from the National Institutes of Health to help them develop a tiny pacemaker for unborn babies.

USC physicians save twins’ lives in rare in utero surgery