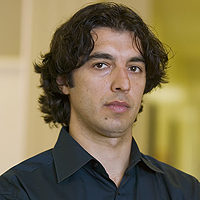 Biologists have created baker’s yeast capable of living to 800 in yeast years without apparent side effects.

The basic but important discovery, achieved through a combination of dietary and genetic changes, brings science closer to controlling the survival and health of the unit of all living systems: the cell.

Longo’s group put baker’s yeast on a calorie-restricted diet and knocked out two genes, RAS2 and SCH9, that promote aging in yeast and cancer in humans.

“I would say 10-fold is pretty significant,” said Anna McCormick, chief of the genetics and cell biology branch at the National Institute on Aging and Longo’s program officer.

The NIA funds such research in the hope of extending healthy life span in humans through the development of drugs that mimic the life-prolonging techniques used by Longo and others, McCormick added.

Baker’s yeast is one of the most studied and best understood organisms at the molecular and genetic level. Remarkably, in light of its simplicity, yeast has led to the discovery of some of the most important genes and pathways regulating aging and disease in mice and other mammals.

A study recently published in Cell (Issue 130, pages 247-258, 2007) reported that a mouse with a gene mutation first identified by Longo’s group lived 30 percent longer than normal and also was protected against heart and bone diseases without apparent side effects.

Longo’s group next plans to further investigate life span extension in mice and also is studying a human population in Ecuador with mutations analogous to those described in yeast.

“People with two copies of the mutations have very small stature and other defects,” he said. “We are now identifying the relatives with only one copy of the mutation, who are apparently normal. We hope that they will show a reduced incidence of diseases and an extended life span.”

Longo cautioned that, as in the Ecuador case, longevity mutations tend to come with severe growth deficits and other health problems. Finding drugs to extend the human life span without side effects will not be easy, he said.

An easier goal, Longo added, would be to use the knowledge gained about life span “in a fairly limited way, to reprogram disease prevention.”

The same mutations that play a central role in the 10-fold life span extension reversed the premature aging process, the researchers found.

Longo suggested that although a very simple system was used in his studies, existing drugs targeting analogous anti-aging pathways in humans � specifically the pathway involving Insulin Growth Factor, or IGF-1 � should be considered for testing on Werner/Bloom patients.

“Maybe it will do nothing, but having nothing else, I think it’s certainly a good thing to try,” Longo said.

In the PLoS Genetics study, Longo’s group identified a major overlap between the genes previously implicated in life span regulation for yeast and mammals and those involved in life span extension under calorie restriction.

“So that means that we’ve identified a lot of the key players in the calorie restriction effect but not all of them.”

Calorie restriction � in practice, controlled starvation � has long been shown to reduce disease and extend life span in species from yeast to mice.

Scientists believe that a nutrient shortage kicks organisms into a maintenance mode, enabling them to redirect energy from growth and reproduction into anti-aging systems until the time they can feed and breed again.

Calorie restriction is now being tested by other researchers on primates and even humans, Longo said.

Longo has been studying aging at the cellular level for 15 years and has published articles in the nation’s leading scientific journals. His laboratory developed a simple and inexpensive method for measuring the true chronological life span of yeast. Previously, scientists used the number of a yeast cell’s offspring as a proxy for its age.

The so-called replicative life span technique remains in use, and the NIA’s McCormick said that Longo’s method was controversial at first. However, she said, the scientific community now appears to accept its usefulness. She said Longo’s “stationary phase” method is particularly applicable to studies of cells that do not divide for most of their life, such as those in the brain or in muscle.

Longo is the Albert L. and Madelyne G. Hanson Family Trust Associate Professor in Gerontology with a joint appointment as associate professor of biological sciences at USC College. A native of Italy, Longo came to the United States to study jazz performance but switched his major to biochemistry as an undergraduate at the University of North Texas. He earned his Ph.D. in biochemistry from UCLA in 1997 and completed his postdoctoral training in neurobiology at USC.

The studies were funded by NIA (part of the National Institutes on Health) and the American Federation for Aging Research.