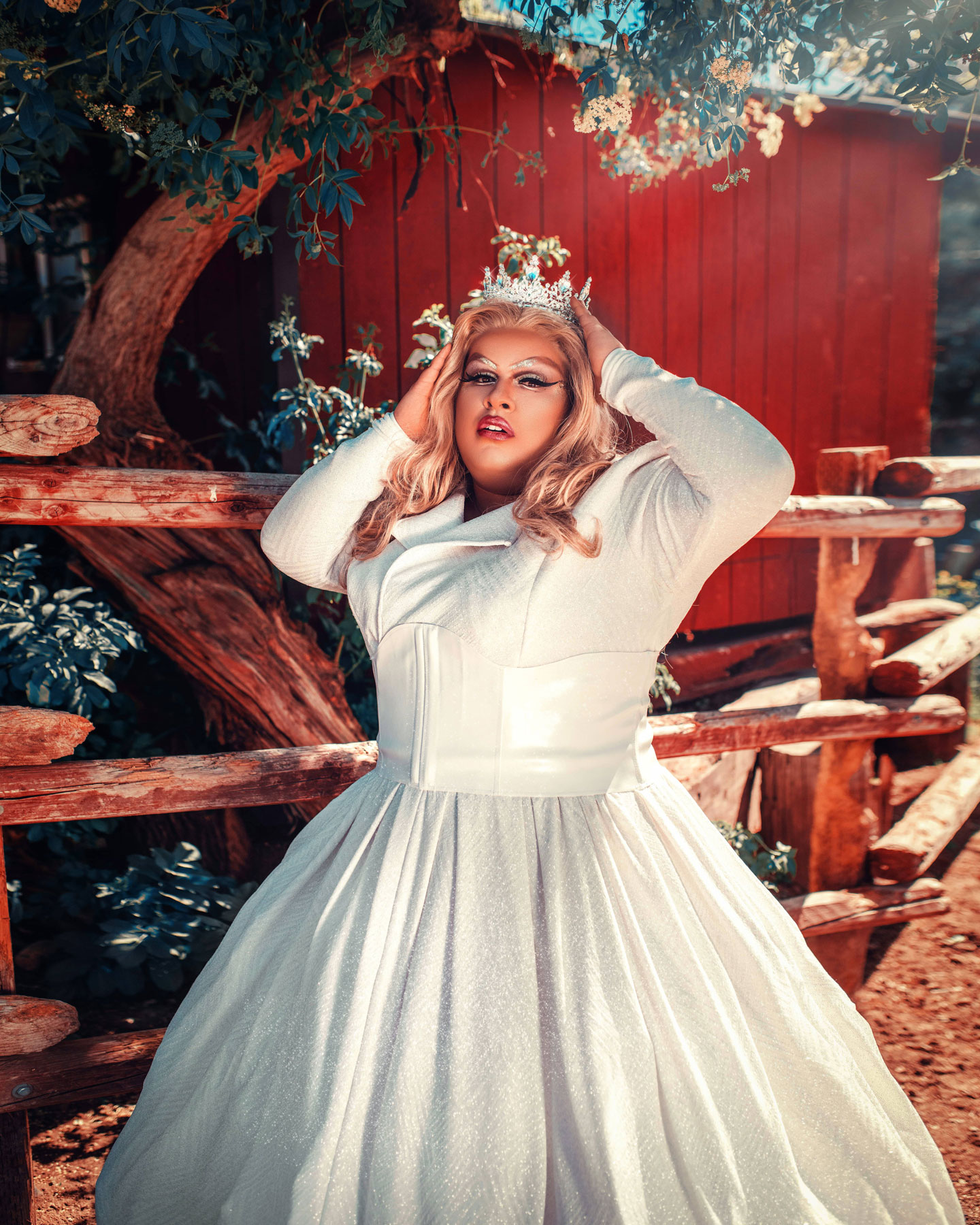 Morning meetings are part of Angel Zayas’ routine. A senior graduating with a BA in theater from the USC School of Dramatic Arts, Zayas has managed to clear a major hurdle amid the pandemic: He has secured a job.

Days before stay-at-home orders were issued, Zayas landed a prized spot in BuzzFeed’s Talent Residency program for content creators who have created a brand.

Earning the exclusive opportunity was a matter of talent, determination and timing. Zayas has been developing his own brand ever since he left his family home four years ago. Zayas’ best-known brand by far is Angel Dust, a persona that has earned him the title of “USC’s Drag Queen.”

“When I started doing drag at USC, I got a lot of respect,” he said. “The popularity of RuPaul’s Drag Race has changed the way people perceive the art form, and I like to think my work helped build the drag community here on campus.”

Born the youngest of six in the Bronx, Zayas grew up in Rochester, N.Y. He’s first in his family to earn a four-year degree. He also is the first to head west to chase a dream. He didn’t bother to stop in New York City.

“I needed to get away from my family to create a new life so I could go back and give them support,” he said. “I couldn’t do that there. I wouldn’t be able to focus. I have to look out for myself above anything. You can’t save anyone unless you take care of yourself.”

Zayas attended Ithaca College for a year, then headed to USC in 2016 with what he could carry. He worked a variety of jobs, including as a resident assistant for an LGBTQ+ housing community at USC, before the drag queen he’d created in Ithaca began performing.

Angel Dust earned enough to help Zayas establish a brand. Performances at USC, including one at Conquest 2019, drew big crowds and extensive coverage in student media. As a performer, Zayas enjoyed the attention, though he always kept an eye on the bottom line. 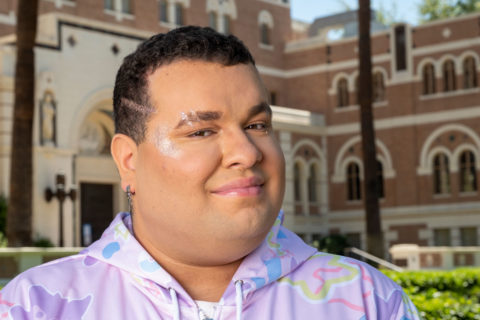 “Drag is not cheap,” he said. “There’s no union for drag queens, and a lot of the performers struggle financially. It’s something I worked on over time because the most important thing for me is to be food and housing secure.”

Zayas has had his career in sharp focus. He invested proceeds from paid gigs into the Angel Dust brand and engaged a support team that built an audience of almost 1,500 followers on Instagram. His social media success landed him the coveted spot at BuzzFeed, which he said was “harder to get into than Harvard.”

“I’ve never been to a Trojan football game,” Zayas said. “I work weekends, nights and days. I’ve always been taught you’ll be more successful in art when your desire to do art is stronger than your desire to go out and have fun. How can you be productive if you’re sleeping for eight hours? That’s a third of the day. I’m up for BuzzFeed meetings at 8 a.m. and hustling on other stuff until 2 a.m.”

Zayas will play multiple roles at BuzzFeed, including content creator, commentator and performer. He’s already featured in Buzzfeed’s Multiplayer brand, playing a video game along with other online personalities for laughs as well as points. More videos are in production.

Zayas built his brand through connections with audiences, on social media and face to face. The opportunities of Trojan Family connections drew him to USC.

“I love this place because it’s the school of connections,” he said. “You don’t need a degree to go into entertainment, but you do need connections to open doors and opportunities.”

A born businessperson, Zayas is an artist at heart. He leaves a legacy at USC that helped expand minds through an underappreciated art form and believes art has a place in any discipline.

“I think everyone should pursue art in some way,” he said. “Engineering students, everyone. It refreshes the mind, and it heals. If you can bridge a gap with art, you’re doing superhero work.”