As he walked through rows of citrus trees on the family farm in the Central Valley with two hard-earned sashes on, USC graduate student Xavier Hernandez III reflected on his academic journey.

He remembered the struggles he had as an undergraduate at the USC Viterbi School of Engineering, overcoming some hardships in adjusting to an unfamiliar environment. He failed in his first semester on campus, earning a paltry 1.9 GPA and landing on academic probation. 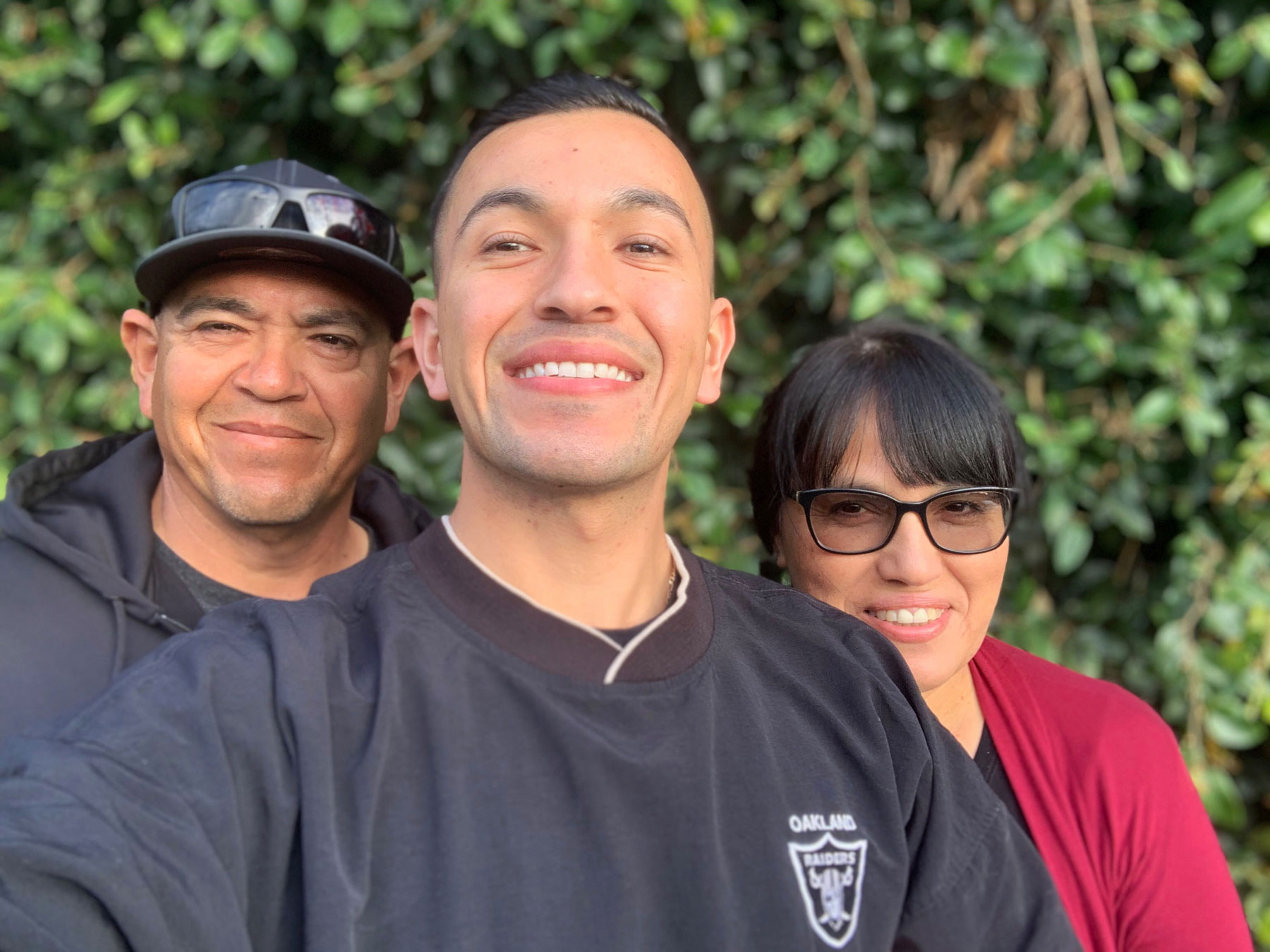 Hernandez with his parents, who raised three kids while working on a farm and attending college. (Photo/Xavier Hernandez III)

“At that moment, I didn’t feel like I belonged,” he said. “It really took a toll on me.” He contemplated quitting altogether: “I felt alone. Not a lot of people on campus looked like me.”

Hernandez leaned on his family to get through his rough first few months, inspired by the passion of his parents when it came to hard work and education. Xavier Jr. and Barbara both enrolled in community college while he was in high school. By raising three kids and working on the farm while attending college, the tone was set.

“We wanted to set the example, we wanted to walk the walk. We told our kids that this was difficult but it’s worth the sacrifice,” Barbara Hernandez said. “At one point, there were four of us in college at the same time. They tell us they were inspired by us, but we were inspired by them.”

The family of five — all farmworkers — all now have college degrees: Xavier Jr. from Fresno State University, Barbara from Porterville College, Xavier III from USC, younger sister Alexandra from the University of California, Berkeley, and younger brother James from Fresno State.

Xavier Hernandez III: an advocate for all Latinx Trojans

After he stumbled early at USC, Hernandez caught up with the pack and even passed it. He launched STEM and Create, an organization focused on empowering individuals and organizations in STEM fields. He earned leadership roles in organizations such as Engineers Without Borders and snagged a spot as a USC TEDx speaker.

But his journey wasn’t over, as returning to the family farm after graduating reframed his focus.

“Coming back to the farm grounds me,” he said. “It reminds me that I want to make a difference.” 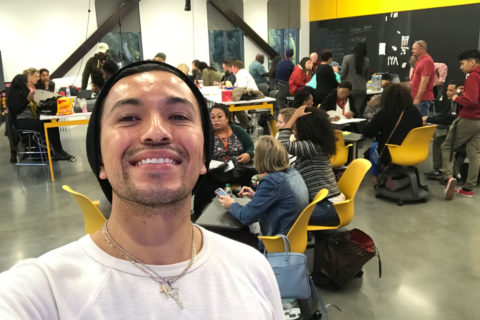 Hernandez at a design workshop at the USC Jimmy Iovine and Andre Young Academy. (Photo/Courtesy of Xavier Hernandez III)

He felt at home and realized he never really had that feeling on campus. He never gave himself a chance to reflect on the loneliness he experienced during his freshman year.

“My drive was different. It’s hard for me to say I’m self-made when I had the support of my family,” he said. So Hernandez enrolled in the USC Jimmy Iovine and Andre Young Academy to pursue a master’s in integrated design, business and technology. He wanted to be an advocate, a voice for past, present and future Latinx Trojans.

Hernandez became a regular at La CASA, USC’s center for Latinx students, absorbing as much as he mentored. He entrenched himself in student government, serving as director of diversity and equity programming for USC’s Graduate Student Government. He embraced the role of director of Latinx outreach for the Latino Graduate Student Association. He attained a coveted seat on the governing board for the Norman Topping Student Aid Fund. 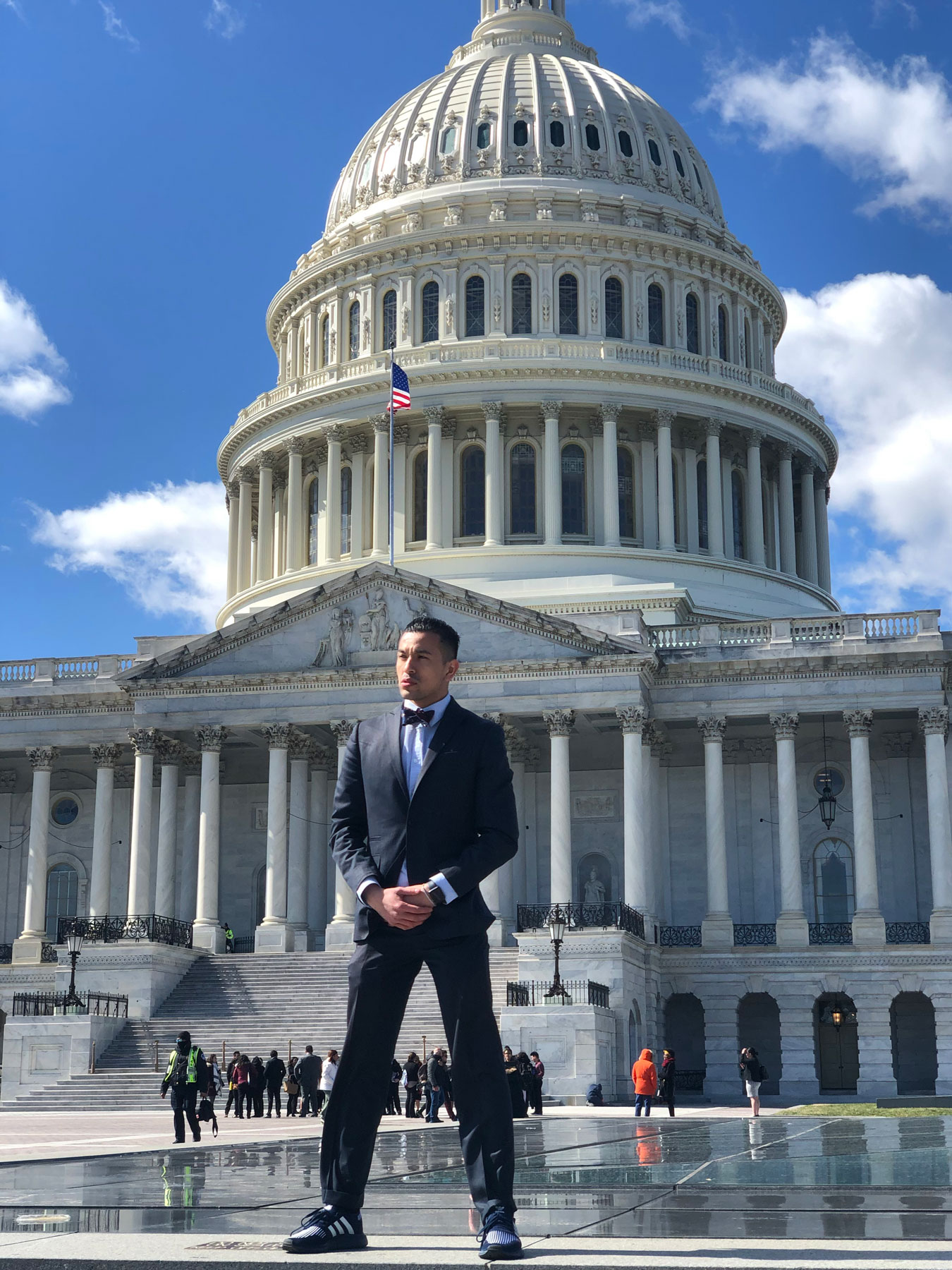 And he gave back to the community, volunteering for the Leslie and William McMorrow Neighborhood Academic Initiative and mentoring young students who dreamed of STEM careers.

“I hope more kids from the Latinx community pursue STEM education,” he said. “The industry needs perspective, and it needs diversity. I came from a farm. If I can do it, anyone can.”

Hernandez became an advocate for a student population that often felt overshadowed. He was on the Latinx Leadership Roundtable for La CASA, which provided the inspiration for the Latinx banners that graced Trousdale Parkway during 2019’s Latinx History Month.

His voice was even heard in Washington D.C.

“I got to speak in the Capitol about the need for more Latinx representation in higher education,” he said. “I don’t see myself as an expert, but it still blows my mind that a ‘farm boy’ like me is seen as one when I give these talks.”

Double Trojan still puts in time on the farm

Prior to leaving campus due to the pandemic, he was set to launch a museumlike exhibit highlighting Latinx students and their journeys in their pursuit of higher education. According to Hernandez, “the project is meant to shine a light on the struggles and perseverance of Latinx students, as their narratives are important.” He hopes to build on the project while diving into research education. His final project at the USC Iovine and Young Academy is researching ways to rethink the future of STEM in K-12 education. 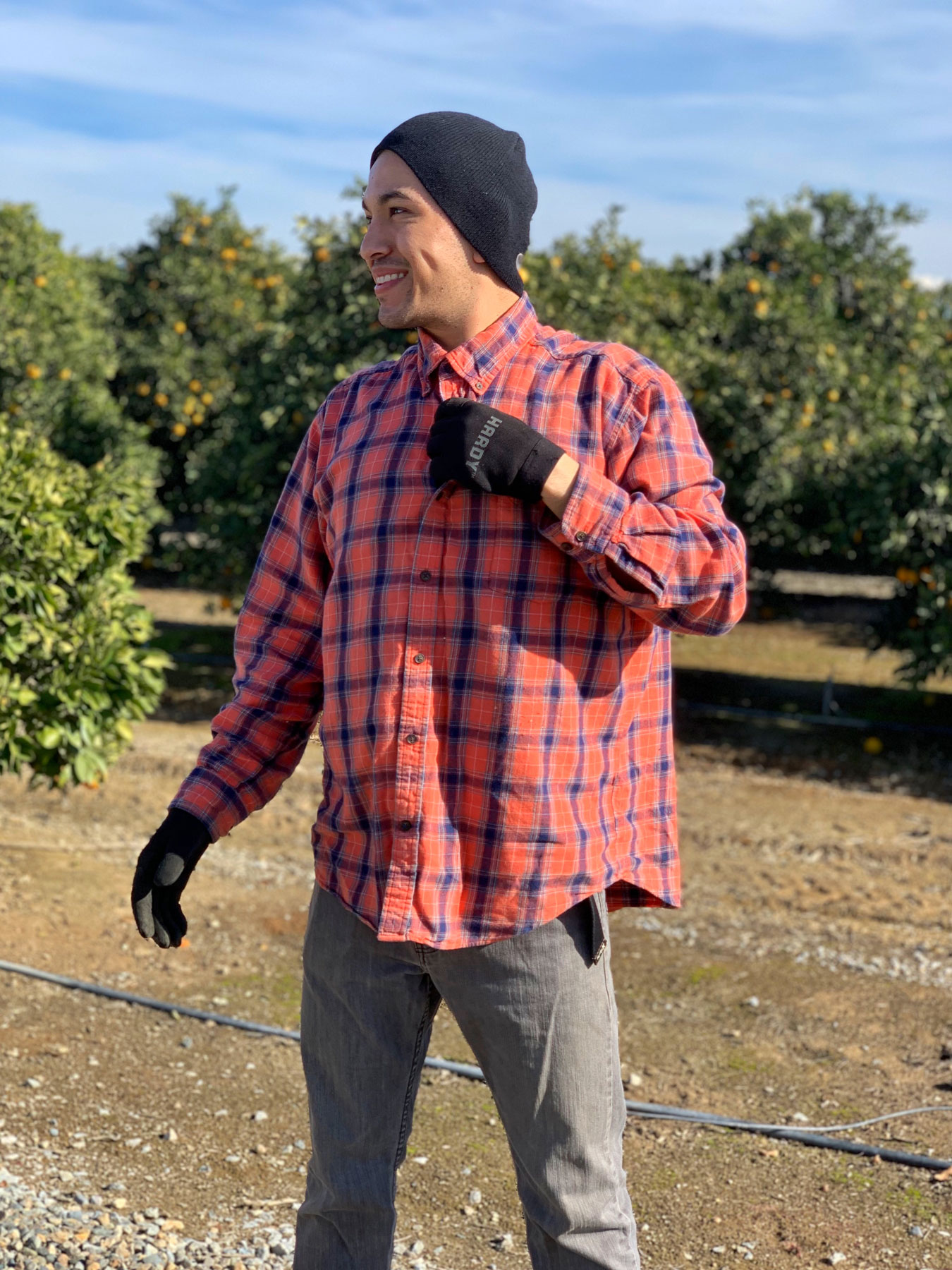 Hernandez grew up in a family of farmworkers, and now his parents and siblings have all received college degrees. (Photo/Courtesy of Xavier Hernandez III)

“The COVID-19 situation has been crazy for me,” he said. “I’m working on the farm all day, and at night I’m logging on and presenting and going to class. I take pride in that. Despite all my accomplishments, when I’m on the farm I still have to fill water buckets and pull weeds. It’s humbling.”

The nearly decadelong journey to becoming a double Trojan isn’t lost on him.

“It’s been a wild ride, and without my family’s support I wouldn’t be here,” he said. “I never saw myself getting this far. It’s all for them, all the speeches and presentations. I feel like they were there with me.”

“I could talk all day about my accomplishments,” he added, “but it doesn’t mean anything if I’m not making an impact in my community.”

USC Dornsife PhD graduate feels a responsibility to others

Deeply affected as a child by the Rwandan genocide, Robert Nshimiyimana volunteers to help the underserved, works to make compounds that may reduce harmful inflammation — and hopes one day to help his home nation reach its full, unified potential.

Angel Zayas is using the skills and connections he developed at USC to introduce his “Angel Dust” brand to the masses, starting with a gig at BuzzFeed.

As a ‘farm boy’ turned master’s graduate, Xavier Hernandez III sets an example for others