From an outside perspective, art may not seem like a necessity during a pandemic. But as lead producer for USC Arts in Action, William Warrener can see the benefits that creative outlets bring to a community and can attest to the lifeline that art can provide.

That’s why students from the USC Roski School of Art and Design and a group of arts organizations including Arts in Action and the Skid Row Arts Alliance have started a project to produce emergency arts care packages for Skid Row residents who’ve lost an essential part of their daily lives: arts programming.

“It was a really urgent situation,” Warrener said. “For people living on Skid Row during a pandemic, it’s absolutely a lifeline and a source of community.”

The first 170 packages were distributed in late April and consisted of sketchbooks and pen and pencil kits donated from the USC Roski School, along with fabric bags, in-ear headphones donated by Street Symphony, hand-sewn masks created by L.A. comedian and performer Kristina Wong, and a zine designed by the students. Warrener said the idea of the zine was conceived by the partners at the Skid Row Arts Alliance, which instructs recipients in a range of arts activities to do during isolation as well as their now-online programming.

“It’s really just been a group effort for a lot of artists who were committed to trying to help people in downtown and Skid Row,” he said.

Group efforts are nothing new for Warrener, as Arts in Action is constantly partnering to drive positive social change through different art projects, particularly targeting areas like homelessness, mass incarceration and mental health care reform. So naturally, once stay-at-home and social distancing orders were put in place, Warrener’s mind immediately went to the Skid Row population. Luckily, a team effort of like-minded organizations and participants allowed this endeavor to come together in a matter of days. 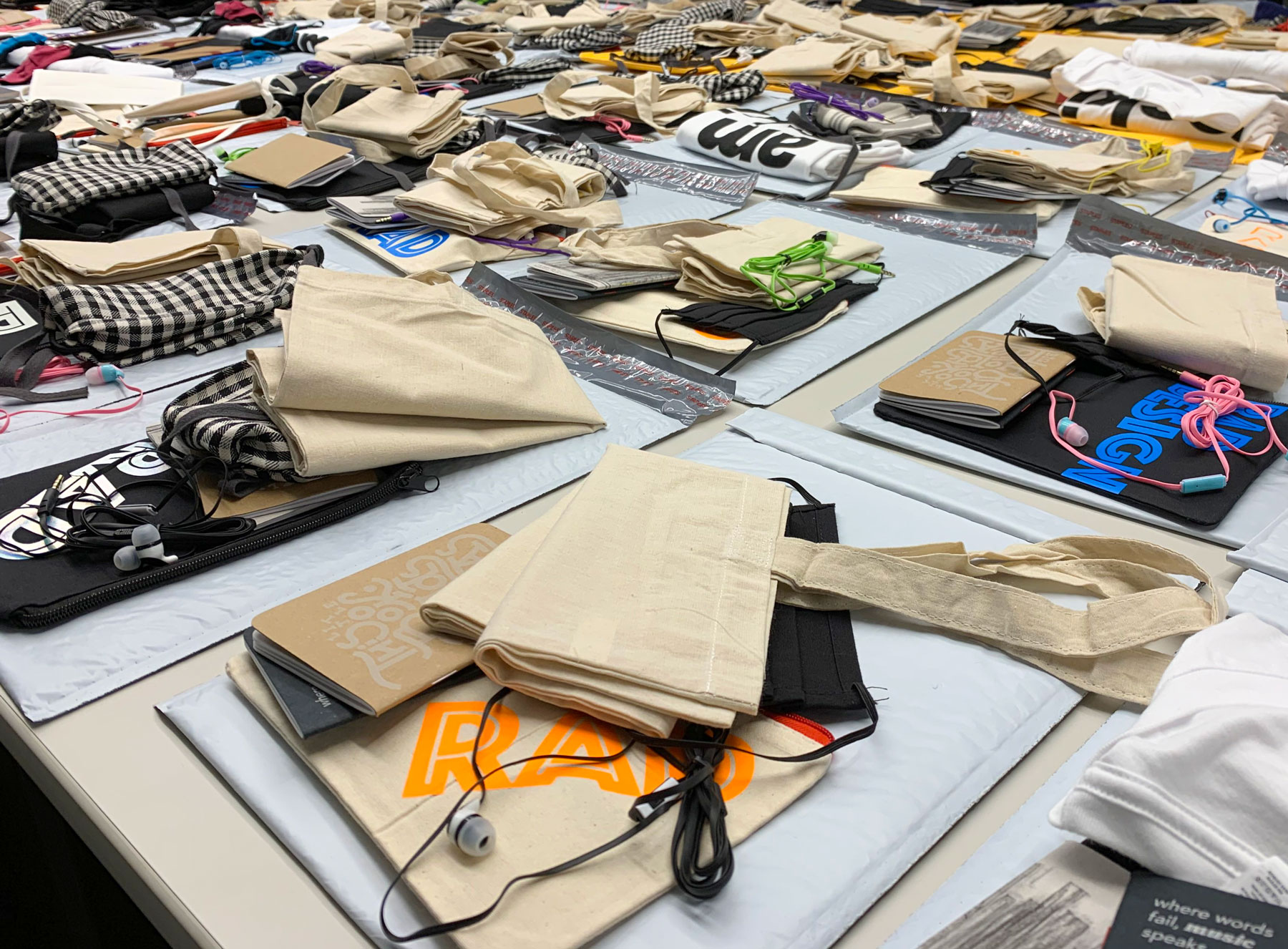 The first wave of distributed packages included donations from the USC Roski School and Street Symphony, along with a zine designed by USC students in conjunction with the Skid Row Arts Alliance. (Photo/Courtesy of William Warrener)

Coordinating a project with this many moving parts can be challenging in more normal times. Factor in everyone involved following their own social distancing procedures and it becomes clear that this was a passion project for all involved.

“In times like these, we see that artists are the people who are also able to envisage a better future,” Warrener said. “It’s not just about being a Band-Aid over a wound; it’s about actually drawing us into something better and making the most of this time to be strong when we come out on the other side.”

As dean of the USC Roski School, Haven Lin-Kirk understands the creative process better than most and believes an artist’s best work can come from isolation. However, not having access to artistic resources during these times is what can turn an outlet into a necessity.

“Many of us are merely inconvenienced at home, so we can’t even imagine that some people out there are going through some real struggles,” she said.

MFA student Danielle Cansino said that is precisely why she wanted to get involved with the project early on. After being approached by Lin-Kirk, Cansino came up with the idea to specifically provide sketchbooks, pens, pencil and tote bags.

“If you think about the people in the Skid Row community, they were going to art programs every day, sometimes multiple times a day,” she said. “This was their network; this was their family. These were people in their community they had seen every day and they had it completely cut off.”

Cansino said one of the goals of this project was to let the Skid Row community know that they were not forgotten. In a time when most people wonder what’s next, Cansino said these art packages are supposed to show that the overall goal of providing artistic outlets to Skid Row has not changed.

Arts project for Skid Row residents may extend beyond pandemic

This particular project is set to last six weeks total with three distributions. But given the fact that pandemics don’t have set timeframes, Cansino said she hopes the project lasts as long as necessary in order to provide for the Skid Row community.

It’s nice to see the humanity that exists throughout this pause period the world is going through.

“This shouldn’t be something that gets cut off just because we’re back in society,” she said. “I think these care kits are essential for humans; I think people need them, and I think that we can do our part to keep this going year round.”

Lin-Kirk said artists often talk about the need for more community engagement. In this case, the project accomplishes just that at a time when a sense of community is needed most.

A professor of communication at USC Annenberg and two PhD students describe how the Los Angeles Community Action Network is bringing people together to help the homeless amid a pandemic.