Though Emily Suarez has always had a plan, the COVID-19 pandemic further ignited her desire to make an impact in her community.

“I want to help people and find cures for diseases, especially now with COVID-19. I want to be a part of that effort more than ever,” she said. “I have always thought that my purpose in life should be to help others and have a positive impact. The greatest way to achieve that is through health care, in any way I can.”

Fortunately, Suarez will soon have that chance. After graduating from the USC Leslie and William McMorrow Neighborhood Academic Initiative this month, she will be majoring in molecular and cellular biology at the USC Viterbi School of Engineering in the fall.

A visit to USC’s campus ignites passion for college

Suarez grew up in Watts, near USC’s University Park Campus. It was during an elementary school field trip that she made her college decision. As her fourth-grade class took a tour of USC, the campus’s beauty and vibrant energy made it feel like home. She felt an instant connection, and her decision was made. 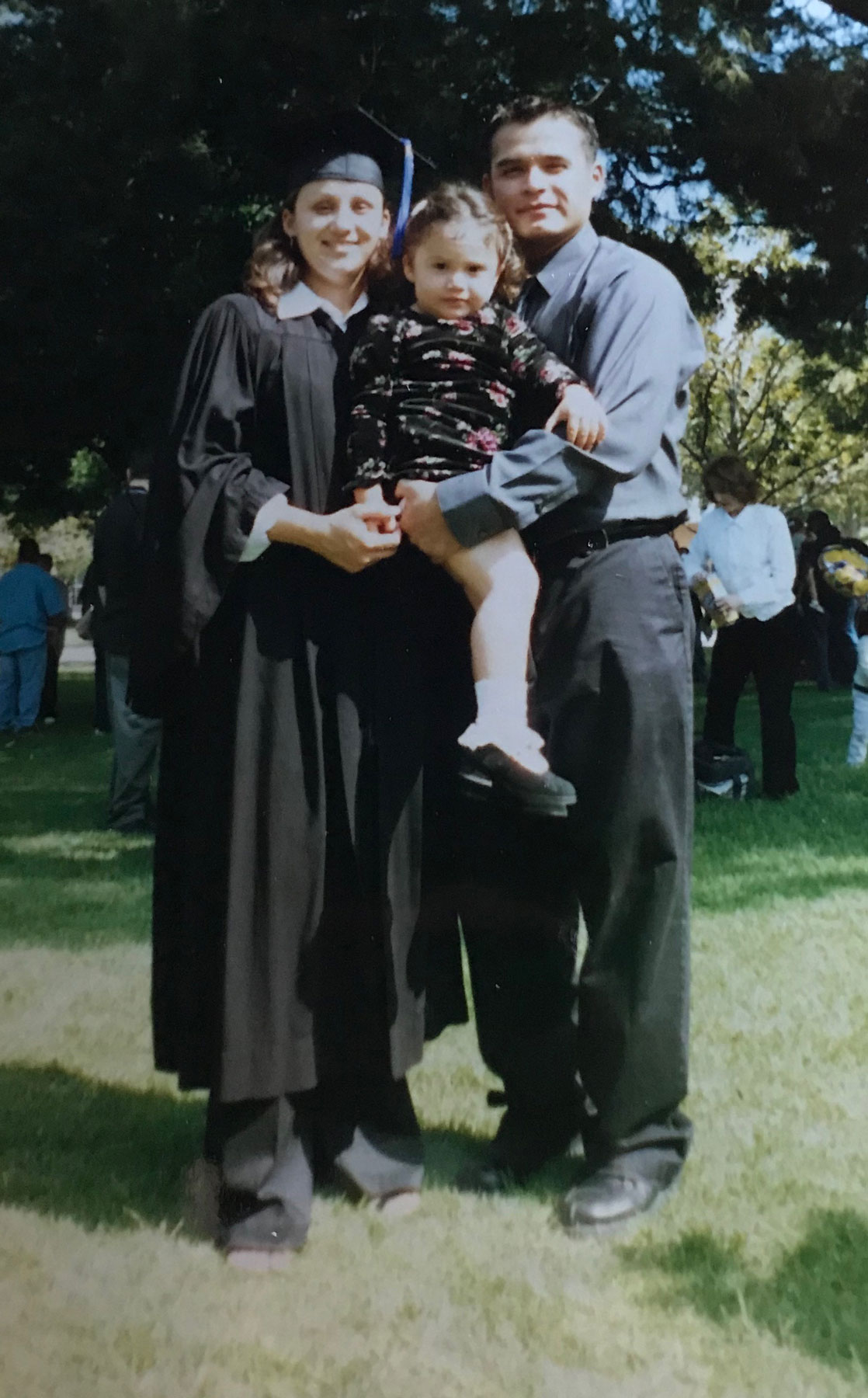 When Suarez shared the news with her mother, Maria, there was initial excitement. Maria believed that education was very important for her children’s success, and she led by example. She raised Emily and her brother Blake while working full time and earning her bachelor’s degree at California State University, Northridge.

“I saw how hard it was for my mom. We were living in poverty and she was raising two kids on her own, going to work and school at the same time,” Suarez said. “I saw how hard she was working for us and trying to achieve her dreams as well.”

The excitement of seeing Emily’s passion for attending college was soon followed by reality: How will they pay for tuition? Will she get accepted? Mother and daughter both began to search for resources.

“I kept telling my mom that I wanted to go to USC. I had a mapped out a plan to succeed in middle school and high school,” Suarez said.

Suarez’s teacher connected Maria to Frances Gipson, then-principal at El Sereno Middle School. The school was ready to launch the USC NAI program and was looking for high-achieving, determined students. This was the path for Suarez to achieve her dream.

I kept telling my mom that I wanted to go to USC.

She earned a coveted spot in USC’s premier college prep program as part of the first cohort from East Los Angeles, but the plan would require hard work. Maria, a substitute teacher, would plan her day around her daughter’s schedule, and Suarez credits her mother for pushing her to excel in her studies and in the program.

“Her support was so important, and her constant reassurance that this was the right path fueled my drive. I know it wasn’t easy for her, but she was always positive,” Suarez said. “She always planned ahead. She always supported the program. It meant a lot that she was on this journey with me.”

The journey wasn’t always easy. It included waking up before dawn and two-hour bus rides back home.

“It was tough getting up early and going to school on Saturdays and during the summer,” Suarez said. “But it was also such a privilege — every day felt like a gift. I felt like I was growing as a student and as a person.”

Suarez embraced the opportunities provided by the program, which motivated her to give back to both South and East L.A. Inspired by her mom, Suarez began tutoring for the School on Wheels program, which provides tutoring for kids experiencing homelessness.

“It was an amazing experience. The students I tutored were both so intelligent. That inspired me so much because I knew, if they were given the tools, they could be whatever they wanted,” she said.

“That’s why I want to give back to my community. People have a negative perception of the residents of these neighborhoods. There’s so much potential out there.”

Parents and graduating students from South and East L.A. shared breakfast and reminisced about their seven-year path through USC’s premier college prep program.

The Discovery Project at USC encourages aspiring young scholars to think outside their comfort zone and engage with topics they wouldn’t normally tackle in their teens.