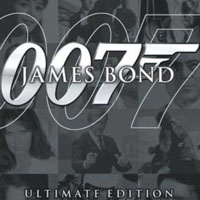 The Dana and Albert R. “Cubby” Broccoli Foundation has donated $2 million for a record-breaking 14th endowed chair at the USC School of Cinematic Arts. The chair, with its holder of extensive producing credits yet to be selected, will fund a faculty position dedicated to teaching the business and practice of film producing.

“Behind every great film is a great producer, the person with the vision, drive and dedication to put all the disparate pieces together,” said Dean Elizabeth M. Daley. “And as Cubby and Dana’s multi-decade legacy demonstrates, they were among the greatest of the greats.”

Cubby Broccoli, along with his partner Harry Saltzman, was responsible for bringing Ian Fleming’s character, James Bond, to the big screen. The James Bond series is now the longest-running franchise in movie history and has grossed more than $4.3 billion in box office receipts.

Broccoli’s production company, EON Productions, is currently filming the 22nd Bond film, Quantum of Solace, due for release in November.

“My father and mother enjoyed taking what was once just a dream and bringing it to life on the screen,” Barbara Broccoli said. “In funding this chair, my brother Michael and I seek not only to honor their work but also to help the school build the future of the industry for years to come.”

Because the cultural and economic impact of the Bond series was so dramatic, the school created an advanced-level course called “Film Genres: The James Bond Films” to study the phenomenon. That course, created 13 years ago, is now a regular part of the school’s curriculum and is open to both undergraduate and graduate students.

Cubby Broccoli (1909-1996) began his cinema career in the early 1940s and produced hits such as The Red Beret (1953), Cockleshell Heroes (1955), Fire Down Below (1957) and Chitty Chitty Bang Bang (1968). In addition to being an actress and novelist, Dana Broccoli (1922-2004) played a lead role in her husband’s business negotiations. In 2002, Dana Broccoli also produced the stage musical Chitty Chitty Bang Bang in London’s West End. The production is currently on a world tour.

The Broccoli chair joins a tradition that began in 1994 with the creation of the Steven J. Ross/Time Warner Dean’s Chair in Cinema-Television, which Daley holds. In addition to the Broccolis, other industry supporters who have endowed positions at the school include Electronic Arts, Hugh M. Hefner, Alma and Alfred Hitchcock, George Lucas, Marcia Lucas, Stephen K. Nenno, the Mary Pickford Foundation, Frank and Katherine Price, Steven Spielberg and Fran and Ray Stark.