Standing desks are so passé. It’s time for squatting desks.

A USC-led study shows that squatting and kneeling may be important resting positions in human evolution — and even for modern human health.

Sitting for hours a day is linked to some health risks, including cardiovascular disease, likely because it involves low muscle activity and low muscle metabolism. However, these risks seem paradoxical. For humans, evolutionary pressures favor conserving energy. Spending a lot of time sitting would seem to accomplish that goal. So, why should sitting be so harmful?

The USC-led team has shown that resting postures used before the invention of chairs — like squatting and kneeling — may hold the answer, as they involve higher levels of muscle activity than chair-sitting. Those more active rest postures may help protect people from the harmful effects of inactivity.

“We tend to think human physiology is adapted to the conditions in which we evolved,” said David Raichlen, a professor of biological sciences at the USC Dornsife College of Letters, Arts and Sciences. “So, we assumed that if inactivity is harmful, our evolutionary history would not have included much time spent sitting the way we do today.”

The study was published Monday in the journal Proceedings of the National Academy of Sciences.

Squatting and kneeling versus sitting: how you rest matters 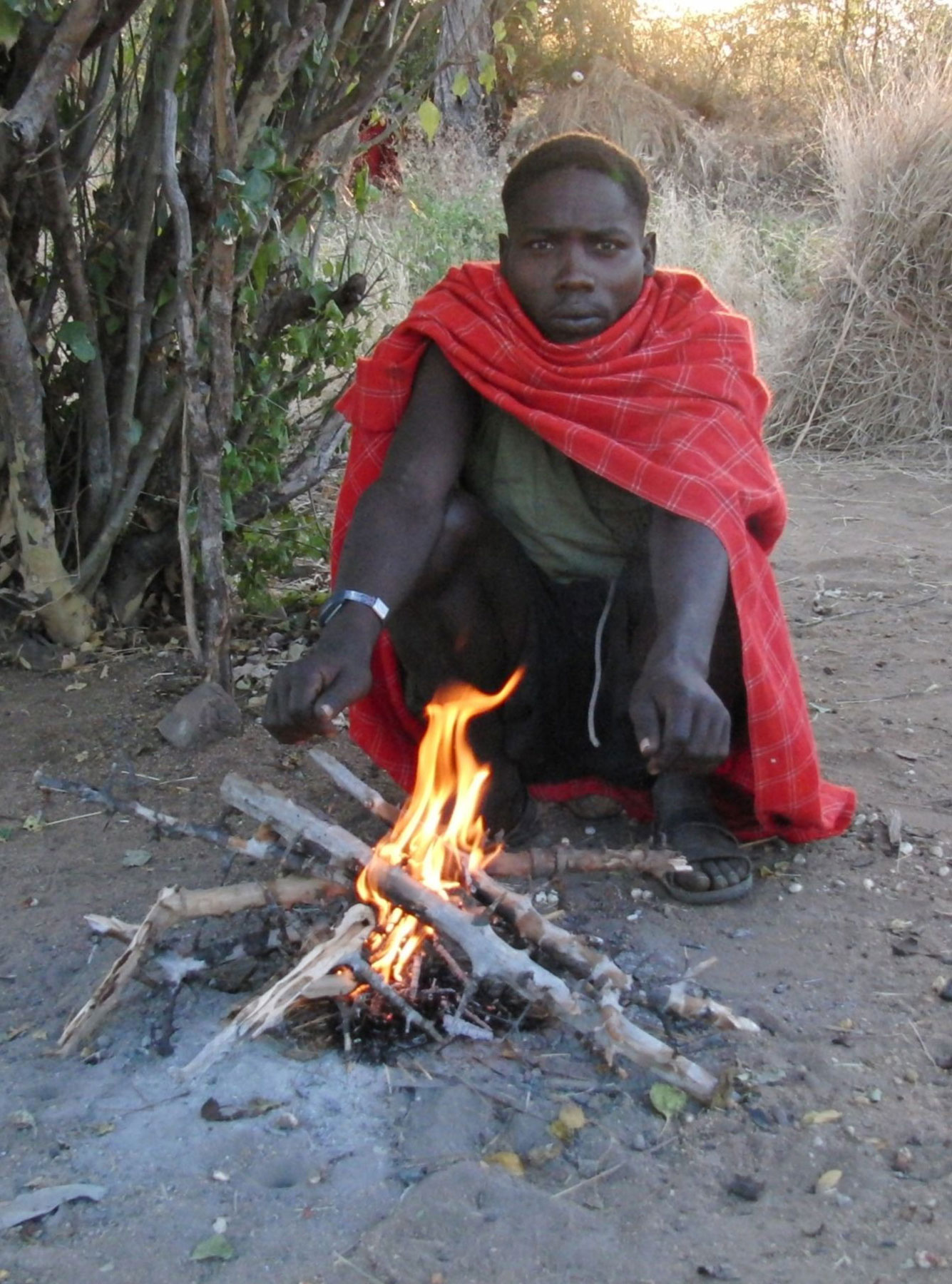 Biologists who study human evolution explored how modern hunter-gatherers are inactive in healthy ways compared to those in industrialized societies. (Photo/Courtesy of David Raichlen and Brian Wood)

To better understand the evolution of sedentary behaviors, the scientists studied inactivity in a group of Tanzanian hunter-gatherers, the Hadza, who have a lifestyle that is similar in some ways with how humans lived in the past.

For the study, Hadza participants wore devices that measured physical activity and periods of rest. The scientists found that they had high levels of physical activity — over three times as much as the 22 minutes per day advised by U.S. federal health guidelines.

But the scientists also found that they had high levels of inactivity.

In fact, the Hadza are sedentary for about as much time — around 9 to 10 hours per day — as humans in more developed countries. However, they appear to lack the markers of chronic diseases that are associated, in industrialized societies, with long periods of sitting. The reason for this disconnect may lie in how they rest.

“Even though there were long periods of inactivity, one of the key differences we noticed is that the Hadza are often resting in postures that require their muscles to maintain light levels of activity — either in a squat or kneeling,” Raichlen said.

The researchers suggested that, because the Hadza squat and kneel and have high levels of movement when not at rest, they may have more consistent muscle activity throughout the day. This could reduce the health risks associated with sedentary behavior.

“Being a couch potato — or even sitting in an office chair — requires less muscle activity than squatting or kneeling,” Raichlen said. “Since light levels of muscle activity require fuel, which generally means burning fats, then squatting and kneeling postures may not be as harmful as sitting in chairs.”

In developed countries, humans spend inactive periods sitting on their duffs in chairs, recliners or sofas, so the only time they activate their leg muscles is when they bend their knees to slide into the seat. On average, people in more industrialized societies, including the United States and Europe, spend about nine hours per day sitting.

Spending more time in postures that at least require some low-level muscle activity could be good for our health.

“Preferences or behaviors that conserve energy have been key to our species’ evolutionary success,” said Brian Wood, a UCLA anthropologist who has worked with the Hazda people for 16 years. “But when environments change rapidly, these same preferences can lead to less optimal outcomes. Prolonged sitting is one example.”

The scientists dubbed this the Inactivity Mismatch Hypothesis.

“Replacing chair sitting and associated muscular inactivity with more sustained active rest postures may represent a behavioral paradigm that should be explored in future experimental work,” they wrote. Resolving this inactivity mismatch with our evolutionary past could pay off in better health today.

“Squatting is not a likely alternative,” Raichlen said, “but spending more time in postures that at least require some low-level muscle activity could be good for our health.”

Why your brain needs you to exercise

“People often consider walking and running to be activities that the body is able to perform on autopilot,” write USC’s David Raichlen and a colleague. “Instead, exercise seems to be as much a cognitive activity as a physical one.”

How fast you walk says a lot about your health

Researchers use gait speed as a way to identify patients who might have difficulties recovering from surgery, or other health issues.

No time to exercise? Work out at work

“No time” is no excuse to skip a workout. According to USC researchers, even a brief walk or a few squats during your workday can make a difference.

After two surgeries, a patient finally finds relief from back pain through physical therapy at USC.

Squatting and kneeling may be better for your health than sitting