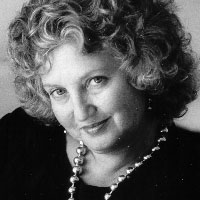 USC Cinematic Arts professor Doe Mayer, above, and Jean Richardson of the Keck Institute for Prevention Research taught the class for the first time last semester.

From television programs such as Grey’s Anatomy and House to the films John Q and Philadelphia, medical themes can make compelling entertainment. But they are also great educational opportunities, as students recently discovered in a unique joint course offered by the USC School of Cinematic Arts and the Keck School of Medicine of USC.

Last fall’s “Health Issues in Entertainment Media,” one of two core classes in the Keck/Cinematic Arts undergraduate minor Cinema-Television for the Health Professions, revealed the many ways in which entertainment media can intentionally or inadvertently influence viewers’ opinions and behaviors.

“This course explores the surprisingly powerful relationship between entertainment media and health information worldwide, and it helps students see how they can use that power in effective and responsible ways,” said Doe Mayer, holder of the Mary Pickford Chair of Film and Television Production, who along with professor Jean Richardson of the Keck Institute for Prevention Research taught the class for the first time last semester.

In addition to featuring guest speakers such as practicing emergency room doctor and Grey’s Anatomy writer/producer Zoanne Clack, the class utilized readings and media such as the feature film One Flew Over the Cuckoo’s Nest, the television movie Miss Evers’ Boys and the children’s show Sesame Street.

“There’s this whole breadth of media out there that has a big influence on what the public thinks about health matters,” said Richardson, who was struck by “what a profound impact the visual has on understanding and perceiving a topic.”

Pointing to the in-class viewing of Philadelphia, about an attorney with AIDS, Richardson said that she found it surprising so little research has been done about the impact of such movies on viewers, and that “we still don’t know how much like that has contributed to rolling back stigma in our society.”

On a lighter note, the class examined the 1992 “Homer’s Triple Bypass” episode of The Simpsons in which Homer suffers a heart attack but for lack of insurance seeks out a quack physician.

“The number of little segues in that one show brought serious issues to light,” Richardson said. “How it gets an audience to be emotionally connected is critical to understanding how society perceives these important problems.”

There were no filmmakers among the 13 undergraduates, whose concentrations ranged from health promotions and pre-med to journalism, biology, ophthalmology and public relations.

Mayer found it “refreshing” to teach women and men who had not given much prior thought to the implications of entertainment media and yet have all of them “finish with a much more sophisticated understanding.”

Senior broadcast journalism major Marissa Stoap agreed, saying, “I feel more equipped to view entertainment with a critical eye and to think about what messages are portrayed realistically and what health ideas are used to simply move the plot along or to amplify the drama of film and TV.”

Looking for a powerful way to illustrate entertainment’s influence, Mayer and Richardson examined how an episode of The Bold and the Beautiful motivated viewers to find out more information about HIV/AIDS.

In 2001, the popular daytime drama featured a storyline in which a main character discloses his HIV-positive health status to his girlfriend. Within 24 hours, calls to a toll-free HIV/AIDS hotline topped more than 5,000 � far eclipsing the number of calls made to the same number after the subject was addressed on segments of 60 Minutes, MTV and via a surgeon general’s public service announcement.

“Just think about the target audience of that show,” Mayer said. “Women, many of whom don’t have access to good health care or reliable information.”

“I realize that if I am to effectively teach a wide population in my own career, I will have to be inside the head of the viewer and know how to respond when a person thinks, ‘Why do I care?’ ” he said.

The course instructors agree there is a pressing need to continually examine media and how it affects some of our most urgent health problems.

“This course was a real opportunity for Doe and myself to look at the same material from both of our professional perspectives and learn from each other,” Richardson said. “As a teacher, I found that challenging and enjoyable.”

Lessons in Health From Homer Simpson