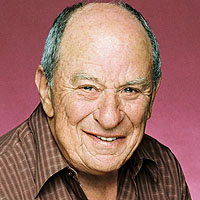 The top films to come out of the USC School of Cinematic Arts program this year will hit the big screen during the First Look 2.0 festival to be held at the Norris Theatre complex March 28-30.

For the first time, the festival will present juried award winners at all of its screenings, including a special awards ceremony at the Directors Guild of America on April 2.

The guild also will be the premiere venue for projects from the school’s John C. Hench Division of Animation & Digital Arts, which will screen 19 films on April 3.

“Since its founding, First Look has been a showcase for cinematic excellence,” said Larry Auerbach, associate dean of the Office of Student Industry Relations, which is hosting the festival. “This year we’ve raised the bar to an even higher level, with members from our prestigious faculty as well as industry leaders from our Alumni Council, recognizing the best of the best.”

In addition to the faculty and industry judges, people attending the Norris screenings �which are open to the USC community and the public at large � will be able to vote for their favorite selection to win the Audience Award.

First Look 2.0 will kick off Friday evening at Norris with a feature film. (Organizers are finalizing the title.) On Saturday and Sunday, the 46 films competing in the festival will split into six programs, three per day, with a diverse array of genres and stories.

Celebration receptions for filmmakers and guests will follow in Queens Courtyard at the entranceway to the Norris Theatre complex.

Faculty members from across the school will host each of the festival screenings and present artistic awards within their concentrations. The categories include cinematography, sound, editing, writing, directing and producing. Winners will be announced after each full program.

The recipient of the Audience Award will be announced, and the film will be screened at the Directors Guild award ceremony on April 2.

“Films winning at those levels will receive $2,000 $1,500 and $1,000 cash prizes,” said Sandrine Cassidy, the school’s director of festivals and distribution. “These funds will be dedicated to promoting the titles at national and international festivals and events,” she added. The Audience Award-winning film also will receive $1,000 for the same purpose.

In conjunction with the awards ceremony, First Look 2.0 will include the presentation of the school’s Entertainment Leadership Award, which underscores a distinguished industry figure’s singular support, vision and dedication to the entertainment industry as well as the school itself.

The recipient of the award is Barry M. Meyer, chairman and chief executive officer at Warner Bros. Entertainment for nearly a decade.

Under his leadership, Warner Bros., a division of the Time Warner Co., has excelled as a worldwide leader of film and television production. During his tenure, Meyer has overseen such global successes as television hits Friends and ER along with film franchises Harry Potter, Superman, the Ocean’s 11 series and Batman, in addition to award winners The Departed, Million Dollar Baby, L.A. Confidential, Letters From Iwo Jima and Happy Feet.

The April 2 ceremony at the Directors Guild of America will be an invite-only event for industry professionals, supporters and friends of the USC School of Cinematic Arts.

Hench Division titles will be the highlight at the Directors Guild the following night. The fare will present animated films and videos exploring themes as diverse as the African-American diaspora, Nevada A-bomb tests, a letter to a lost pet hamster, lunar madness and magical journeys through memories and dreams.

“The quality of the show is reflected in the broad range of genres and aesthetic styles, from character-based, 2-D and 3-D animations to experimental hybrids of live action and digital art, to traditional hand-drawn and stop-motion animations,” said Lisa Mann, who teaches in the division and is in charge of organizing the animation First Look event.

This year for the first time, the program is delving into the fine arts realm of non-linear exhibition formats by projecting four animated looped installations on the lobby walls of the Directors Guild and on stacks of monitors.