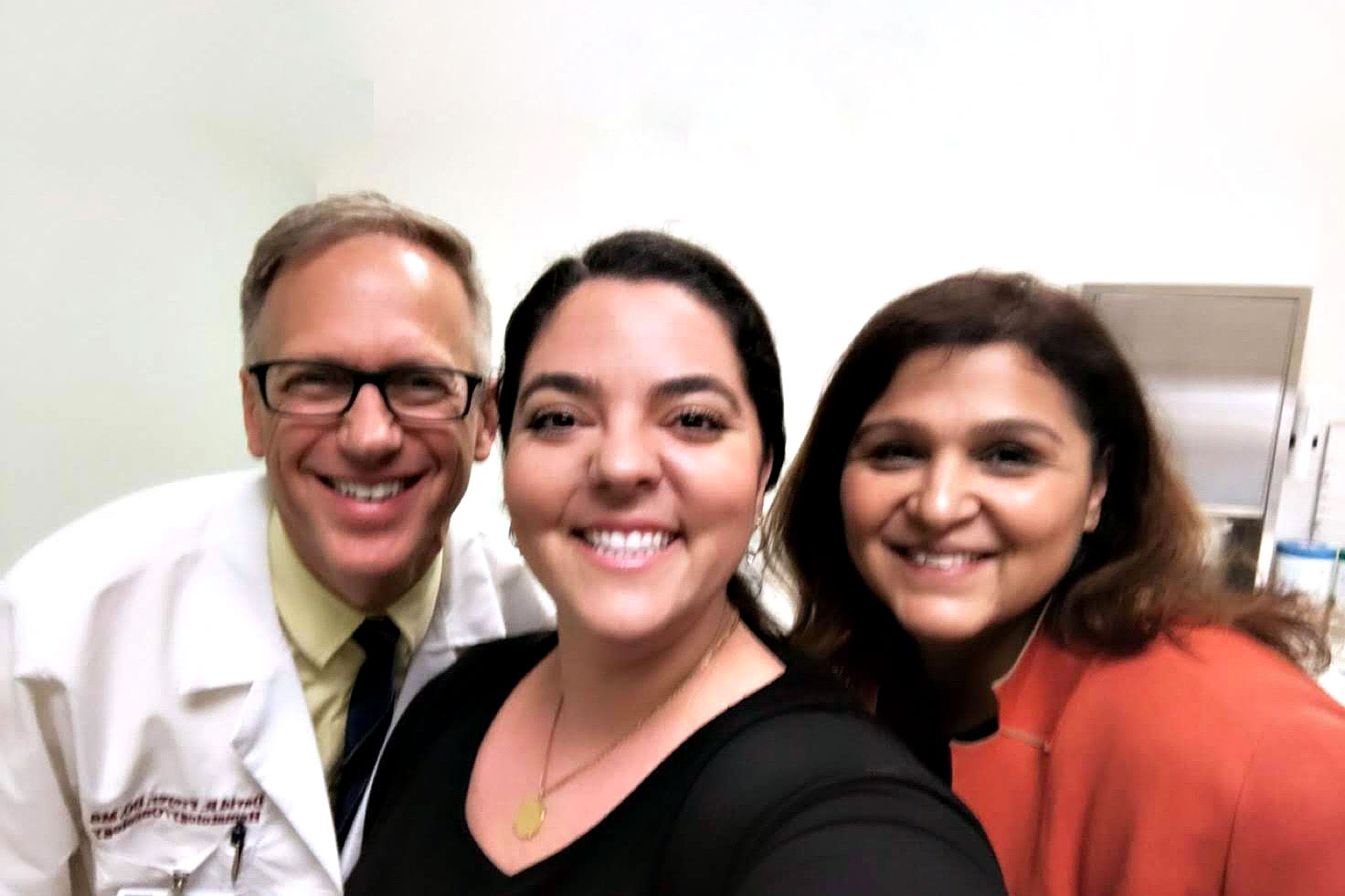 After eight rounds of chemotherapy and two weeks of radiation, cancer patient Aviana D’Souza got good news from her doctors: Her stage 4 Hodgkin’s lymphoma had gone into remission.

Then a different struggle began.

“Your mind has time to stop and crash,” she said. “Over these last however many months of treatment, it was just going day by day to get you through what you needed to survive. Now you’re done, now let’s process the emotional impact for the rest of your life.”

Along with wrapping her young mind around the traumatic experience she had just gone through at age 11, D’Souza would soon face life as a teenager and young adult who had recovered from cancer. It would mean countless hospital visits to monitor her health, check on the side effects of various medications and learn about unexpected consequences of her treatment, like the possibility that she couldn’t have children of her own.

Thankfully, she could lean on a team of specialists from USC and Children’s Hospital Los Angeles (CHLA) who assist young people as they navigate the challenges of entering adulthood with the added burden of surviving cancer. Experts at Keck Medicine of USC’s LIFE Cancer Survivorship Clinic helped her handle complications from radiation, provided mental health support and even connected her to foundations that offer college scholarships to cancer survivors.

“When so much control has been taken away from you, to have them make you feel like you’re in control of your situation as much as you can is incredible,” said D’Souza, now 30. “To know I have an advocate on my side, taking the time to do the research I could never do to make sure I’m healthy and happy 50 years from now, it’s such a comfort.”

Providing care and support is only one aspect of USC’s efforts in this area. The university is also leading the way in research under the banner of the new USC Center for Young Adult Cancer Survivorship. The initiative brings together experts from preventive medicine, clinicians in pediatric and adult oncology and data scientists who specialize in tracking cancer outcomes.

The initiative is already drawing federal grants to study this previously overlooked population of adolescents and young adults recovering from cancer. That includes a five-year study on life after cancer among young people, funded by the National Cancer Institute and led by USC’s David Freyer and Joel Milam.

“A sea change is underway, and a decade from now, it will look much different in a good way,” said Freyer, a professor of clinical pediatrics and medicine at the Keck School of Medicine of USC and CHLA. “Adult cancer survivorship care will be as robust as pediatric care has been for the past 25 years, and that’s a wonderful thing. I’m proud to be at a place that takes these issues seriously, both in terms of clinical care and research.”

Milam, an associate professor of research in preventive medicine, said this burgeoning field of inquiry is critical to supporting these young adults.

“It’s kind of a lost generation,” he said. “There’s not a lot of research on this age group. We know a lot more about pediatric and older adult cancer survivors and very little about people who have dealt with a cancer experience at a younger age but not during childhood.” 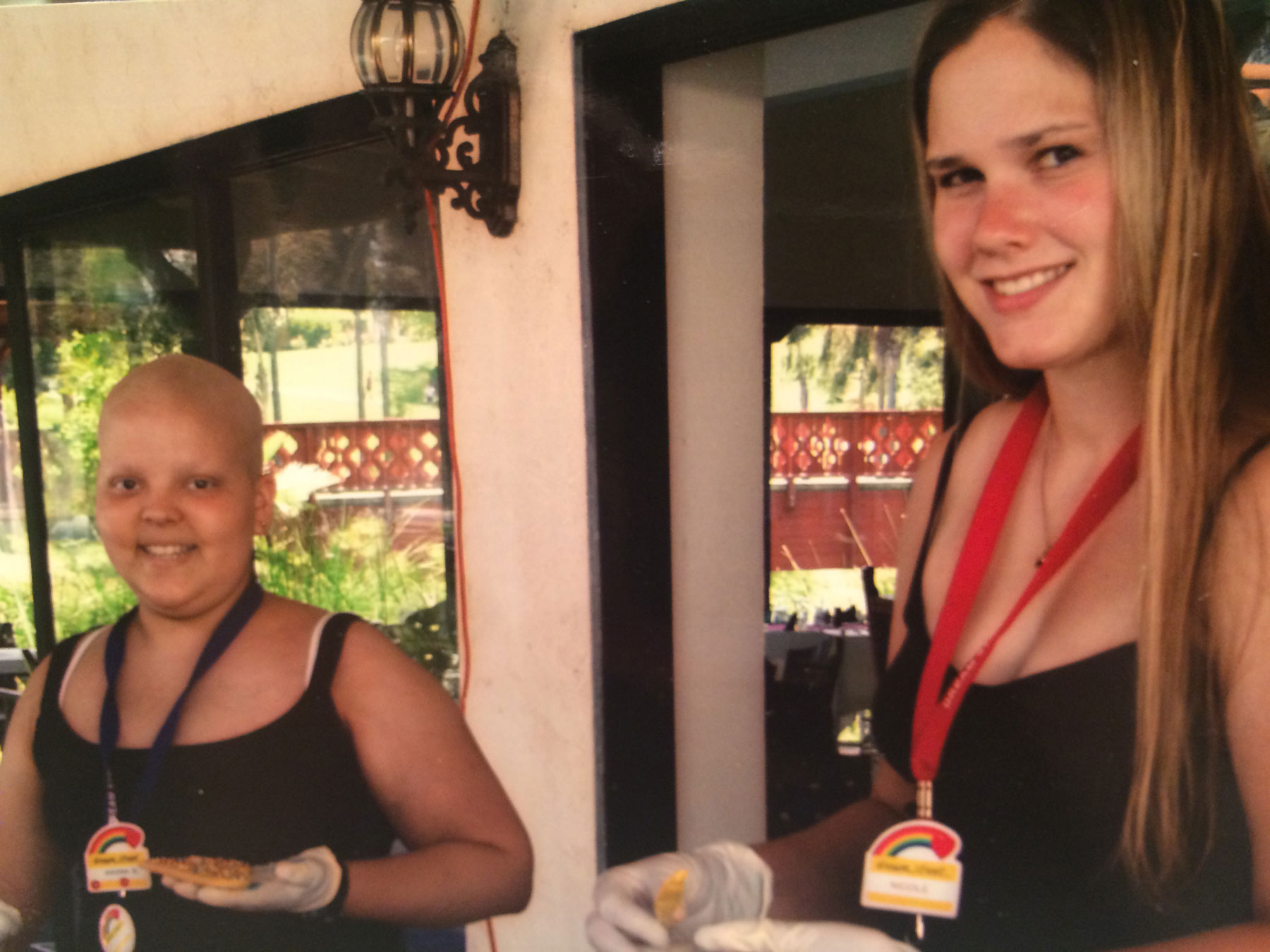 D’Souza, left, found a supportive community at USC that helped her handle the challenges of surviving cancer as she entered her teenage and young adult years. (Photo/Courtesy of Aviana D’Souza)

More than 70,000 people between 15 and 39 years old are diagnosed with cancer every year in the United States. As cancer recovery rates have increased with new therapies in recent decades, more of these young survivors are dealing with both short-term and long-term consequences of their illness and treatment.

Implications include potential delays in completing an education, finding a job, establishing a career, getting married and having children. Freyer and Milam are exploring those outcomes and many others in their study, which involves surveys with 2,000 people diagnosed with cancer in their 20s or 30s who have been in recovery for at least three years.

“We’re very much interested in getting a broad sense of the burden of survivorship in this patient population, both medical and psychosocial,” Freyer said. “Once we have that information, that will definitely inform the care of our patients and provide a really important basis for future research.”

The researchers noted that many people indicate feeling more resilient and courageous after successful cancer treatment, in addition to placing more value on personal relationships and having a stronger sense of meaning and purpose.

“This is a very important part of the story that we will not miss: Many people end up better off because of this negative life event,” Milam said. “This is not wishing cancer on anyone, but in general, people tend to endorse items related to growth.”

Other areas of exploration include the financial effects of expensive treatment and recovery, ongoing physical and mental health problems, and implications for both treatment providers and health policymakers.

The research team is recruiting participants from the Los Angeles County Cancer Surveillance Program, a population-based registry of all new cancer diagnoses in the county that is overseen by USC. That means the evidence they uncover will be applicable throughout the region, helping care providers and programs that support cancer survivors tailor their services to the needs of these young adults. It will also reveal any differences in treatment or recovery among certain groups, particularly Latinos, who will make up more than 40% of the study participants.

“Policymakers and health care providers often won’t change their practice or the level of support without data, without a scientific foundation,” Milam said. “We think providing data is one of the best ways to improve clinical care.”

The researchers expect their results to enhance services for young cancer survivors that USC and CHLA have provided for many years. Freyer has directed the survivorship program at CHLA for more than a decade. In 2010, he helped develop a transitional program for adult survivors of childhood cancer, shifting their care from CHLA to the USC Norris Comprehensive Cancer Center as they enter their 20s.

Coupled with support for young people who are newly diagnosed with cancer — offered through the Adolescent and Young Adult Cancer Program, known as AYA@USC — the university’s medical enterprise now provides supportive services from treatment through long-term survival. It reflects what Freyer views as a broader definition of curing cancer.

“If all we mean by cure is that the cancer has gone away and hasn’t grown back, that’s great — no question it starts there,” he said. “But in my view, cure means more than that. We have to reach further. We have to get these patients back to living life in the best way possible.”

That’s the primary goal of the LIFE Clinic group at USC. Typically consisting of a doctor, physician assistant and social worker, the team meets regularly with young adult cancer survivors to evaluate their physical health and emotional needs, answer any questions about their treatment or recovery, and offer advice and guidance to stay healthy. 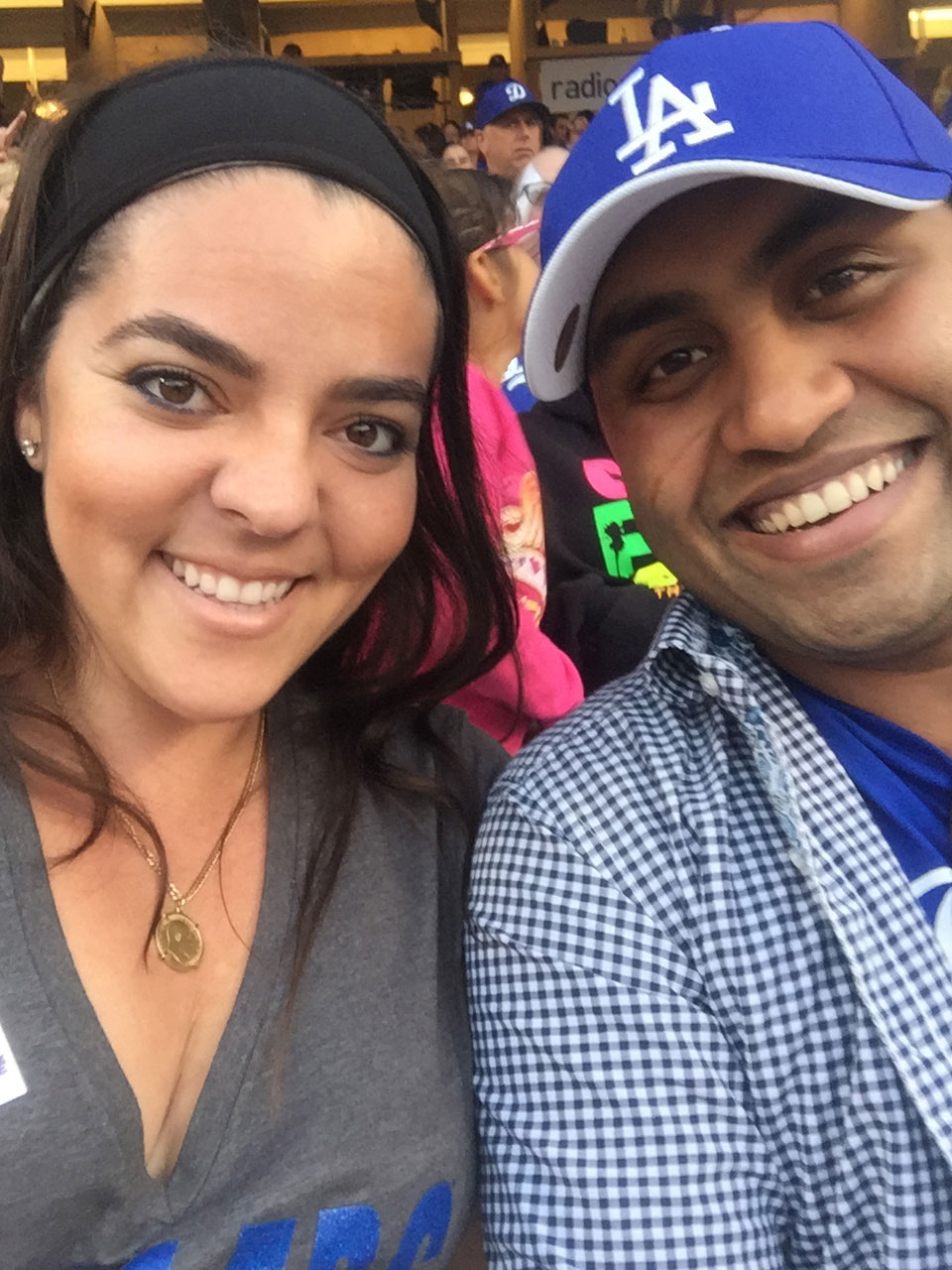 Aviana D’Souza and her husband, John D’Souza, are grateful to USC experts for their advice on preserving fertility after cancer treatment. (Photo/Courtesy of Aviana D’Souza)

For D’Souza, all that support has proved critical, but perhaps nothing was more important than what she learned from Freyer in her early 20s. He raised the issue of fertility, noting that her chemotherapy might have affected her ability to become pregnant.

She wasn’t considering having children yet, but she checked with a specialist in fertility and cancer care at USC, who estimated she only had a few years left to become pregnant. Another option, freezing her eggs, would cost $11,000 under her insurance coverage at the time. She couldn’t afford that expense, nor could her family.

“I’m losing it,” D’Souza said. “I’m thinking how I only want my natural-born children. Then my boyfriend at the time said, ‘Well, they’re probably going to be mine, so let me pay for it.’ That was amazing. And now he’s my husband, so it worked out.”

In recent years, D’Souza and her husband, John, have started talking about growing their family, and it’s comforting to know that she has options.

“It’s something I would have never known about without Dr. Freyer and his team,” she said. “He knows I’m endlessly grateful. The work they are doing is priceless.”

The five-year study of long-term outcomes among adolescent and young adult survivors of cancer led by Joel Milam and David Freyer is supported by grant 1R01CA237230-01 from the National Cancer Institute.

The initiative intends to offer an emotional benefit that can’t be achieved through medicine alone.

USC analysis shows that 15- to 39-year-olds had the best survival of any age group for many years after HIV/AIDS-related cancers are taken into account.