The USC Leslie and William McMorrow Neighborhood Academic Initiative’s senior scholars have embarked on their final semester of high school. Soon, members of the 2020 class will get to celebrate the completion of their seven-year journey through USC’s premier college prep program.

But before they do, the students from the South L.A. communities surrounding the University Park Campus gathered with the first graduating cohort from East L.A. to share breakfast and remember what brought them here. 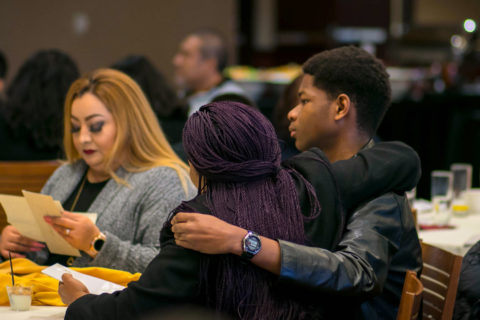 The morning event not only served to unite both cohorts but also to remind the outgoing scholars and their parents that they are about to go through a life-changing time.

A handful of those in attendance have already received early acceptance letters from various colleges, and the rest will be receiving theirs in the spring. It is territory the students and their parents have long anticipated, and now their destination is on the horizon.

As the Neighborhood Academic Initiative students ready themselves for college, it’s important for them to know that they are not on this journey alone. Their parents were along for the ride throughout, attending the NAI’s Family Development Institute while the students were at Saturday Academy sessions. As such, one of the many highlights of the event was the exchange of handwritten letters between parents and scholars. All were heartfelt as they recalled the past several years and offered encouraging words about what comes next. 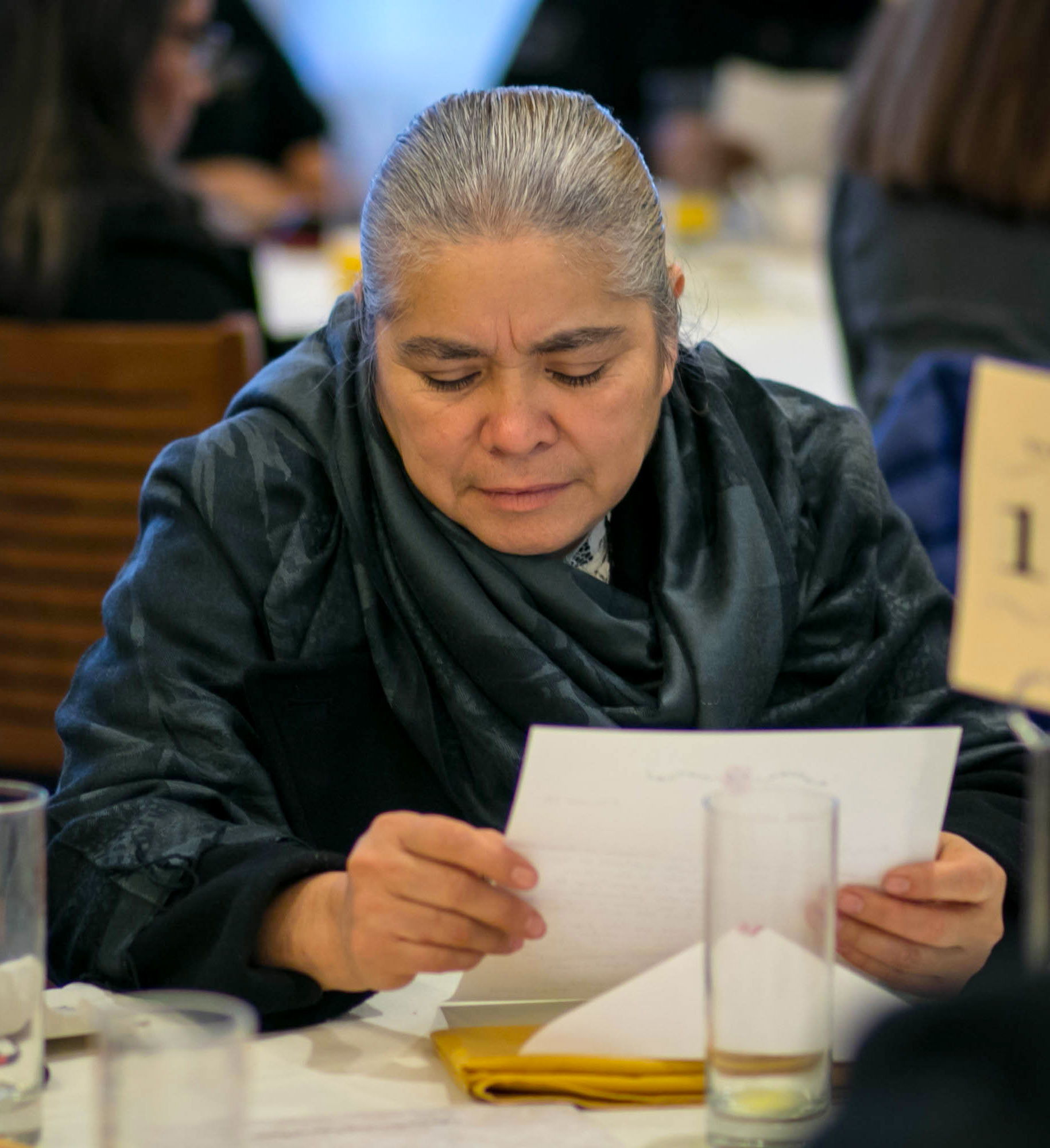 The letters show participants how far they‘ve come as a family in their journey to higher education. (USC Photo/Saul Garcia)

“As parents of seniors about to embark on a new journey through college, they share similar feelings of excitement and pride. You can feel those feelings as they read the letters they wrote to their children about their hopes and dreams.”

The NAI will continue to support and mentor its students throughout this last phase, guiding scholars and parents as they choose the right college and financial aid package. Almost 100% of the 2020 class will be first-generation college students, and this additional care, assistance and encouragement is vital to the success and persistence that leads to graduating from college.

The initiative’s goal is to create a path to higher education, making it accessible to both scholars and parents. The NAI recently received support from Mark and Marilou Hamill through an Omaze campaign that generated close to $250,000 for the program.

“Supporting the USC McMorrow Neighborhood Academic Initiative and allowing students who might not otherwise have the opportunity to attend college is investing in the future of our country, and therefore benefits us all,” Marilou Hamill said.

Saianna Smith found her calling thanks to encouragement from teachers and mentors. Now the USC master’s student is helping others follow in her footsteps.