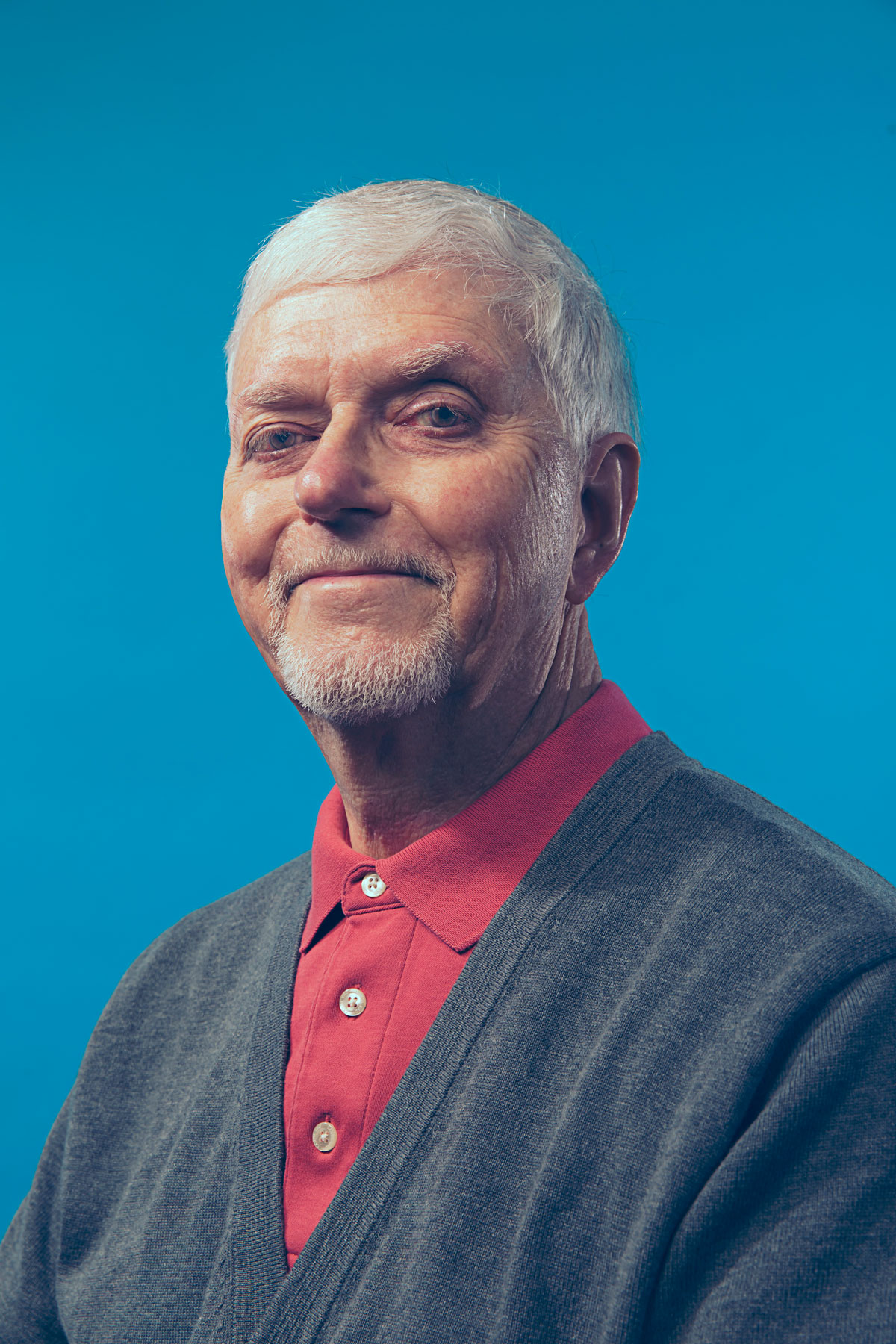 Richard Johannesen found that five months of physical therapy helped him regain some control over incontinence after his prostate cancer diagnosis. (Photo/Nate Jensen)

It’s a diagnosis that no one wants to hear.

Richard Johannesen, then 71, had been experiencing symptoms for years — elevated prostate-specific antigen (PSA) levels, frequent urination and softer erections — but his doctors chalked it up to an enlarged prostate, especially after two biopsies came back negative for cancer.

For years, these symptoms were managed with two medications: one that controlled his bladder spasms and another that shrunk his prostate. That is, until 2015.

After seeing a new urologist at the USC Verdugo Hills Hospital and having a third biopsy, Johannesen received life-changing news: He had prostate cancer.

“You can’t help but get a little depressed,” said Johannesen, a retired automobile engineer who is now 75. “One of the ways I got through it was to get on my computer at home and research all I could.”

Of the treatment options available to Johannesen — radical prostatectomy, radiation therapy or hormone therapy — he chose a prostatectomy, the complete surgical removal of his cancerous prostate.

The prostate is a walnut-shaped gland situated between the bladder and the penis. The urethra runs right through the prostate’s center, carrying urine out of the body. The gland also secretes fluid that nourishes and protects sperm during ejaculation.

During a prostatectomy, surgeons — with or without robotic assistance — remove the prostate. That leaves a gap between the bladder and the urethra inside the penis’s base, which surgeons then stitch together. During the process, the bladder neck sphincter, which is partly responsible for holding in urine, is removed.

Even when done with robotic precision, the procedure often creates unintended side effects. Nearly all men will experience erectile dysfunction for a few months after their surgery, with 40% to 50% returning to pre-treatment function after a year, according to Johns Hopkins Medicine.

Due to the loss of the bladder neck sphincter, they can also encounter urinary incontinence.

Though Johannesen experienced both side effects, it was the urinary incontinence that was most distressing. “I got by wearing dark pants and taking urinary pads with me,” he said.

“Incontinence after prostatectomy affects patients in different ways,” said Daniel Kirages, associate professor of clinical physical therapy at the USC Division of Biokinesiology and Physical Therapy. “Some approach this change of life with a hopeful, motivated attitude, but others look at their future with a less-than-rosy lens.”

Kirages provides treatment to men dealing with incontinence after prostatectomy at USC Physical Therapy, the division’s faculty-run clinical practice. Thanks to a close connection with USC Urology, which performs hundreds of prostatectomies annually, the practice has seen a large increase in the number of patients in its pelvic health program.

After surgery, a setback

Shortly after Johannesen’s prostatectomy, his physicians noticed that his PSA levels were again climbing, suggesting that surgeons had not removed all the cancer cells.

“I was not ready for that,” Johannesen said. “That was my lowest point after my recurrence. I was very depressed.”

To remove the rest of the cancer, he would need to go through radiation therapy, a procedure that requires patients to have an empty rectum and a full bladder — a challenge for someone experiencing urinary incontinence.

The oncologist suggested Johannesen begin physical therapy treatment right away to strengthen his pelvic muscles so he could maintain a full bladder for the procedure.

“She said, ‘Good news! There’s this wonderful person over there in our physical therapy department that helps men with this,’” said Johannesen, who began physical therapy treatment in 2016.

Kirages began helping Johannesen strengthen his pelvic floor muscles, using verbal cues, hands-on cues and biofeedback to help him visualize how his ‘hidden muscle’ is working. He then prescribed a 16-to-20 week progressive exercise program.

He’s been more than a physical therapist; he’s been a friend.

The only physical therapist on the panel, Kirages contributed guidelines related to providing pelvic floor muscle training before surgery, when muscles are free from surgical pain; immediately after surgery; and even after one year, if the patient’s incontinence hasn’t improved.

“Inviting a physical therapist to be on this guideline authorship panel is a statement of tremendous respect for our profession,” Kirages said. “We feel that we are the most equipped for working with this patient population because of our deep understanding of exercise prescription, physiology, neurological reeducation and anatomy.”

More than just a physical therapist

Johannesen suffered another blow when he found out he was not a candidate for radiation therapy after all.

“My doctor said the collateral damage would be far greater than the benefit,” he said. “That was the second biggest disappointment along my path.”

Though still battling cancer today, Johannesen says he has seen an improvement in his continence over the course of the pelvic floor muscle training program. But even more than helping him manage his incontinence, Kirages has been a big support system for Johannesen throughout his prostate cancer fight.

“He’s been this fantastic guy,” Johannesen said. “He’s been more than a physical therapist; he’s been a friend.”

For USC hybrid physical therapy students, immersion is everything

The university’s unique program requires students to spend nearly 60 days in on-campus immersions, giving them the opportunity to refine their skills and solidify everything they’ve learned online.

Through tactical physical therapy, USC alum treats those who serve

Sarah Greytak learned to think outside of the box at USC. Now she’s putting her physical therapy skills to much-needed use within the Denver police and sheriff’s departments.