Nicholas Foster peered through his diving mask at the colorful reef teeming with sea creatures and spotted something glaringly out of place: a plastic shopping bag.

The Marine sergeant had come to a popular dive site known as Three Tables on Oahu’s North Shore to indulge in his scuba diving hobby during his downtime. While stationed in Hawaii, he had also started volunteering at beach cleanup events, so he glided forward to collect the bag and recycle it later.

Then he realized something was caught inside. As he carefully cut away the plastic, a light-blue striped fish wriggled free. But before darting off, it turned and met his gaze for three or four seconds.

“I had this heart-to-heart moment with this fish,” Foster said. “In my mind, he was saying thank you. That’s kind of where it really solidified that I wanted to be part of a solution.”

I had this heart-to-heart moment with this fish. In my mind, he was saying thank you.

That flicker of inspiration reinforced his decision to go into a career in ocean research and protection after completing his Marine Corps service. Foster, now 26, is set to graduate this spring from the USC Dornsife College of Letters, Arts and Sciences with a bachelor’s degree in environmental studies.

He has put his scuba skills to use as a Trojan, diving with research teams to measure vegetation growth and survey the seabed. He also picked up new talents, like flying drones and piloting underwater robots to gather data on ocean and beach health. As he prepares for life after college, Foster is more confident than ever that he has found his calling.

“I want to explore regions of the ocean that no one has ever seen before,” he said. “I want to measure the greater impact we’re having that we don’t even understand yet. And ultimately, I’d like to clean the ocean of plastics.” 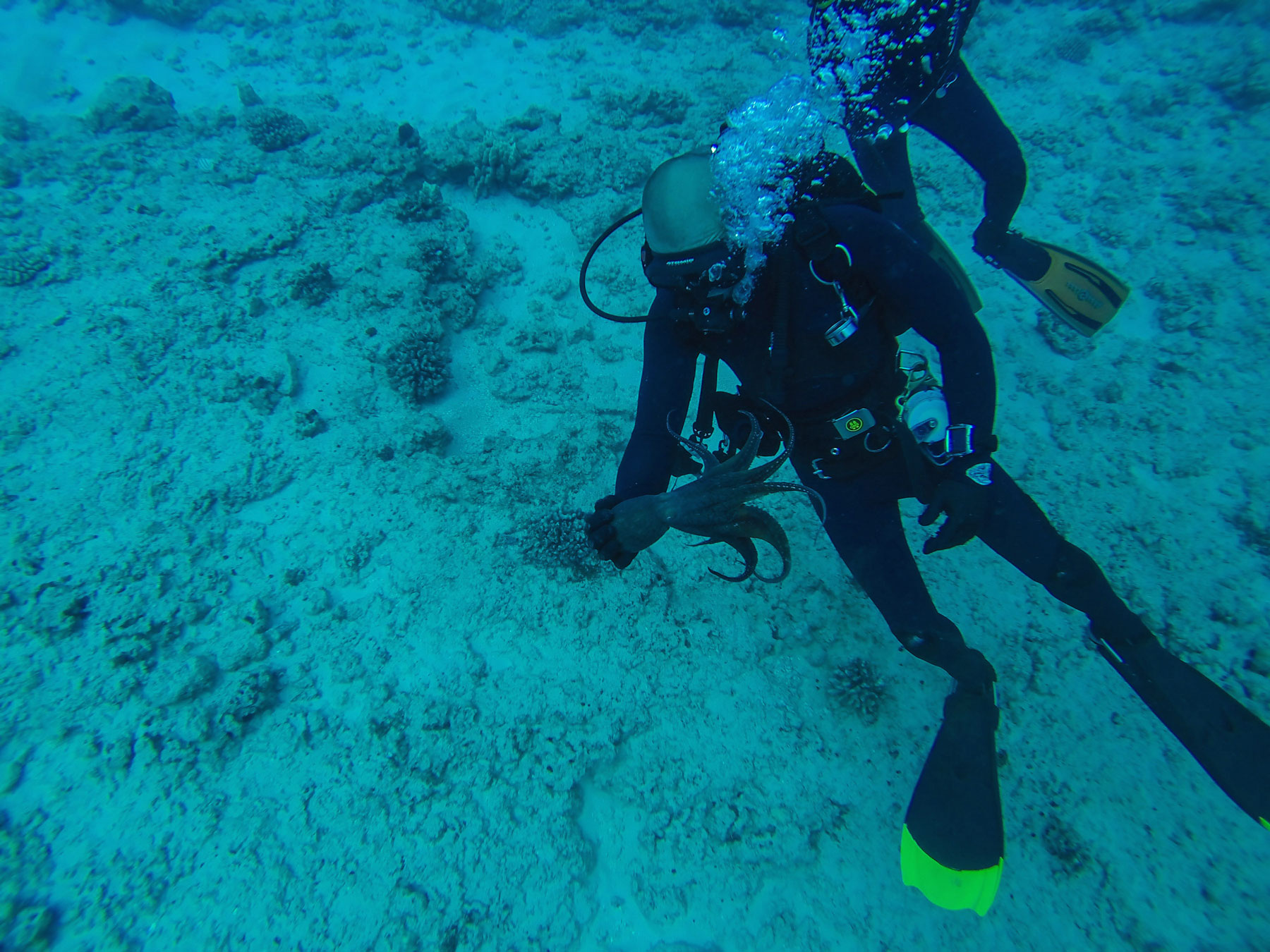 An appreciation for sea life prompted Foster to pursue a degree in environmental studies at USC. (Photo/Courtesy of Nicholas Foster)

Nature surrounded Foster during his childhood in rural Carrollton, Ga., 50 miles west of Atlanta. He helped raise chickens and grow vegetables on the family farm. He spent many days camping, hunting and fishing in nearby forests. His appreciation for the natural world flourished.

Drawn to discipline and service, he joined the Marine Corps after high school. Alongside his swell of patriotism, Foster wanted to explore the world. He got his wish: While based in Hawaii with the 1st Battalion 12th Marines at Kāneʻohe Bay, he deployed throughout the Pacific, with stops in Okinawa, Thailand, Guam and the Philippines.

At each locale, he strapped on his flippers, oxygen tanks and other diving gear to explore the fascinating world below the ocean’s surface. What started as a fun diversion sprouted into a passion for learning how to protect and preserve the delicate underwater ecosystem.

“We’re not the only living creatures on this planet,” he said. “That’s what I like about the ocean: It’s not our domain.”

Despite discovering his love for all things aquatic, Foster wasn’t sure about his path after military service. He took a few general courses at Hawaii Pacific University and decided he wanted to become the first person in his family to earn a college degree. But as his discharge date grew near, he hadn’t settled on a plan.

While training in Twentynine Palms in the desert near California’s Joshua Tree National Park, Foster told an officer about his predicament. The officer’s advice: Go check out USC. Foster took some leave time and headed west to tour the campus. 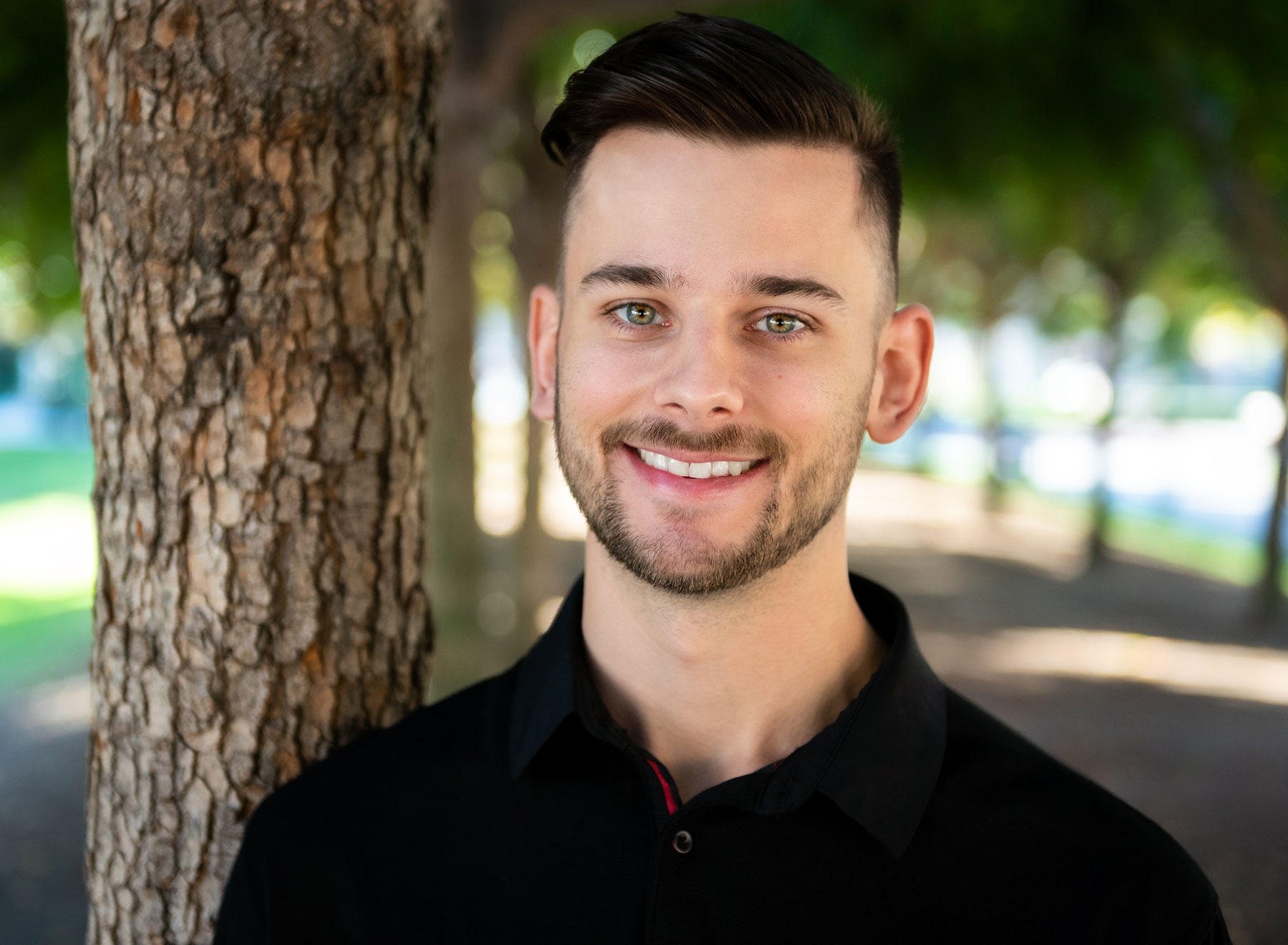 Foster wants to use spatial mapping skills he learned at USC to protect the ocean environment. (USC Photo/Eric Lindberg)

“Immediately, something clicked: This is where I want to go to school, absolutely,” he said. “After being accepted and starting to take classes, that’s when I really knew, especially going out to Catalina and seeing the passion that people there have for the ocean.”

Soon after enrolling, Foster had started seeking practical ways to apply the knowledge he was gaining in the classroom. On the advice of USC ocean researcher Jill Sohm, he looked into the USC Wrigley Institute for Environmental Studies.

He discovered the institute’s scientific diving program based at Catalina Island and made sure he met all the requirements to become a research diver. Through USC Sea Grant, he connected with other underwater researchers and began scuba diving to survey areas of the ocean floor, measuring vegetation cover and marine life.

Although it felt great to be using his diving abilities in a scientific way, Foster sensed that something was missing.

“I realized I would need something more niche to dial in my passion,” he said. “I was looking for that technical skill I could use to do something that would have a greater impact but also help me get a job.”

Advice from another military friend proved fortuitous. Foster’s mentor in the Marines told him about a family member who was pursuing his master’s degree in the Spatial Sciences Institute at USC Dornsife. The institute’s scientists use advanced mapping and data analysis techniques to address global challenges like climate change and poverty. Intrigued by their new minor in GIS and sustainability science, Foster signed up to be in the first cohort.

He found the institute offered the mix of environmentalism and technical abilities he had been craving. He quickly joined a research project analyzing the health of Los Angeles’ Venice Beach using overhead drone footage. In addition to flying the drone, Foster started analyzing the data it collected using sophisticated software programs. 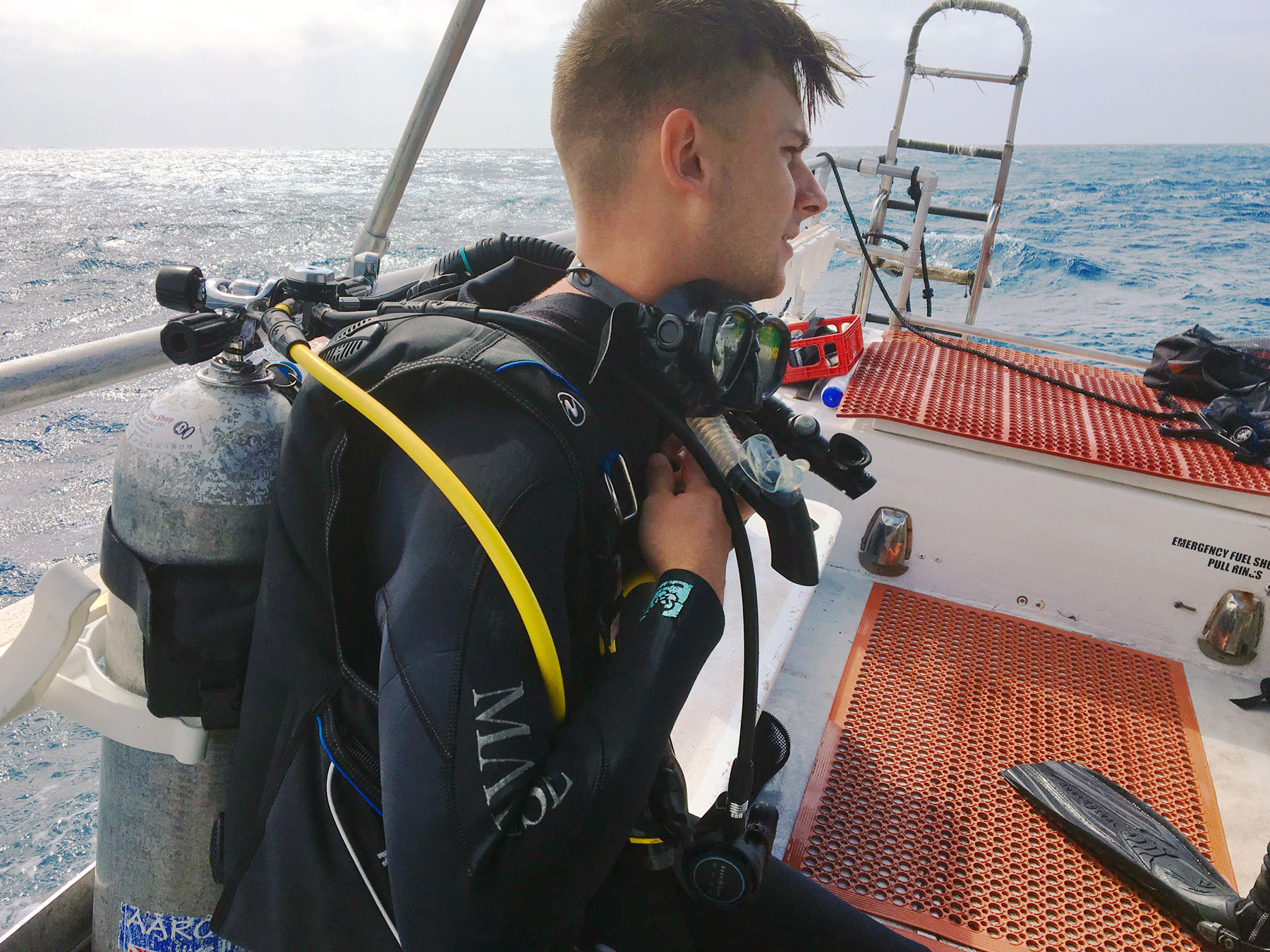 Foster put his scuba diving skills to use as a research diver with USC Dornsife’s Wrigley Institute for Environmental Studies. (Photo/Courtesy of Nicholas Foster)

“We were looking at how the breakwater was impacting sediment change along the beach,” he said. “Drones are really cool, especially when you’re able to use them for science and to tell a story.”

Foster is now using his spatial mapping skills with USC Sea Grant to build a 3D model of rocky reefs in a protected habitat at Catalina Island called Blue Cavern. Using a remotely operated vehicle outfitted with a GoPro camera, he gathers underwater images to monitor algae growth. By stitching those images together on his computer, he’ll create a digital map of the region to assess the effects of temperature change and pH levels on ocean vegetation over time.

Scuba diving for scientific research is a useful approach, he said, but using underwater robots to capture photos is less labor intensive.

“Anyone can do it,” Foster said. “You’re not restricted to having certifications or the physical ability to go scuba diving.”

The same remote mapping approach could be deployed to other protected areas to monitor reefs and other delicate habitats. Having that broad reach is exciting to Foster, who envisions working in ocean mapping with a focus on sustainability and environmental protection after he graduates this May.

He plans to use his spatial analysis abilities and knowledge of the ocean ecosystem to tell powerful stories that prompt change at the policy level.

“My passion just grows,” he said. “The more I discover, the more I see what I can do with these skills, and that’s what really motivates me.”

How coastal communities can prep for the next high tide

With ‘resilience’ as the watchword, USC Sea Grant is helping cities plan for rising sea levels and climate change.

Salutatorian Amanda Semler dives into a future in marine science

✌ Class of 2017: Her home state of Minnesota is about as far from the ocean as you can get, but her experiences at USC showed the sea was her true calling.

Marine sergeant turned scuba diver is doing what he loves