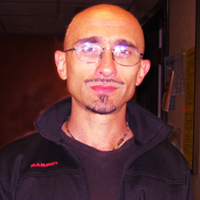 When a tiny, quantum-scale, hypothetical balloon is popped in a vacuum, do the particles inside spread out all over the place as predicted by classical mechanics?

The question is deceptively complex, since quantum particles do not look or act like air molecules in a real balloon. Matter at the infinitesimally small quantum scale is both a wave and a particle, and its location cannot be fixed precisely because measurement alters the system.

Now, theoretical physicists at USC and the University of Massachusetts Boston have proven a long-standing hypothesis that quantum-scale chaos exists … sort of.

Writing in the April 17 edition of Nature, senior author Maxim Olshanii reported that when an observer attempts to measure the energies of particles coming out of a quantum balloon, the interference caused by the attempt throws the system into a final, “relaxed” state analogous to the chaotic scattering of air molecules.

The result is the same for any starting arrangement of particles, Olshanii added, since the act of measuring wipes out the differences between varying initial states.

The measurement � which must involve interaction between observer and observed, such as light traveling between the two � disrupts the “coherent” state of the system, Olshanii said.

In mathematical terms, the resulting interference reveals the final state, which had been hidden in the equations describing the initial state of the system.

“The thermal equilibrium is already encoded in an initial state,” Olshanii said. “You can see some signatures for the future equilibrium. They were already there but more masked by quantum coherences.”

In Zanardi’s world, researchers want to prevent coherent systems from falling into the chaos of thermal equilibrium.

“Finding such ‘unthermalizable’ states of matter and manipulating them is exactly one of those things that quantum information/computation folks like me would love to do,” Zanardi wrote. “Such states would be immune from ‘decoherence’ (loss of quantum coherence induced by the coupling with environment) that’s still the most serious, both conceptually and practically, obstacle between us and viable quantum information processing.”

Zanardi and a collaborator introduced the notion of “decoherence-free” quantum states in 1997. Researchers such as Zanardi and Daniel Lidar, associate professor of chemistry, among others, have helped make USC a major center for the study of quantum computing.

Olshanii and his co-authors, postdoctoral researchers Marcos Rigol and Vanja Dunjko, developed their theory of quantum thermal equilibrium at USC and completed their work at the University of Massachusetts Boston.

Their research was funded by the National Science Foundation and the Office of Naval Resarch.

A Complex Question With No Easy Answer