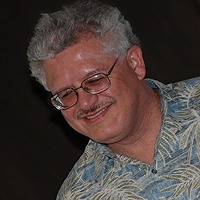 “It’s a great opportunity to really make sure that the College is at the forefront of diversity at all levels,” Sanchez said.

George Sanchez, professor of American studies and ethnicity and of history, has been named director of College diversity at USC College.

Howard Gillman, dean of the College, announced the appointment in an April 16 memorandum to faculty.

The newly created position is designed to coordinate the College’s efforts to increase diversity among faculty and students by working with academic departments to ensure that recruitment is guided by emerging best practices.

Sanchez also will work with national organizations and foundations to develop special programs for diversity. In his new post, he will report directly to the dean.

“A more diverse College is a better College,” Gillman said. “Our basic goals � the enrichment of the human spirit, the creation of fundamental knowledge � are best achieved with a faculty and a student body that reflect the range of experiences and perspectives in society at large. This new appointment is another step in our commitment to cultivating that kind of community.

“I’m delighted that George will be heading up our diversity efforts. His work as a scholar and program-builder make him a perfect choice for this position.”

Sanchez sees his new role as a chance for the College, the largest of USC’s academic units, to set the pace for diversity in higher education.

“I think it’s a great opportunity to really make sure that the College is at the forefront of diversity at all levels � faculty, graduate students, undergraduates,” he said. “USC College has the potential of leading nationally and internationally in making diversity a central part of its core mission and effecting change in really positive ways. I’m very excited about that opportunity.”

An award-winning scholar of Chicano history and immigration who joined the College faculty in 1997, Sanchez is director of the USC Center for Diversity and Democracy. He is the former director of American studies and ethnicity and currently serves as the department’s director of undergraduate studies.

Sanchez helped bring to USC a $3.6 million James Irvine Foundation grant supporting underrepresented doctoral students when he was director of the Irvine Fellowship Program. A renowned mentor, he has served on the advisory board for both the USC Mellon Mays Undergraduate Fellowship Program and the McNair Scholars Program.

His article “ ‘What’s Good for Boyle Heights is Good for the Jews’: Creating Multiracialism on the Eastside During the 1950s” won the 2005 Constance Rourke Prize for best article appearing in American Quarterly. He is working on a book about the impact of Mexican migration upon late 20th century Los Angeles culture and a historical study of multiethnic interaction in East Los Angeles.

Sanchez earned his bachelor’s degree from Harvard in 1981 and his Ph.D. from Stanford University in 1989. Before joining USC, he taught at UCLA and the University of Michigan.