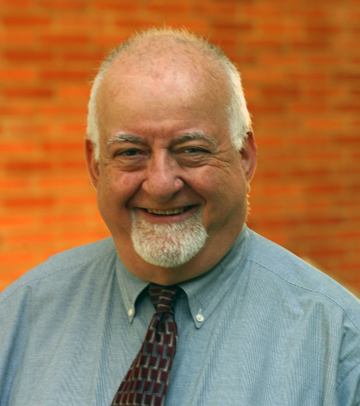 After serving 19 years as founding Director of the USC Institute for Genetic Medicine, Laurence H. Kedes announced his resignation as Director of the IGM effective June 30, 2008.

He will return full time to research and remain at the Institute as the William M. Keck Professor of Biochemistry & Molecular Biology.

In his letter to faculty, Kedes expressed his appreciation to everyone affiliated with the IGM.

“I have greatly enjoyed working with the dedicated faculty, staff, students and supporters of the Institute over these past 18 years,” he wrote. “It has been a privilege to work with all of you during my time as director. I am not disappearing but intend to remain an active day-to-day participant as a faculty member at the Institute to work with colleagues whom I greatly admire.”

Keck School of Medicine Dean Carmen Puliafito acknowledged Kedes’ role in building the school’s reputation. “He is an innovative researcher, one that brought USC into the molecular era,” said Puliafito. “We’re pleased that we will continue to have an opportunity to work with him as an accomplished researcher.”

During his tenure as Director of the IGM, Kedes oversaw the recruitment of more than 20 faculty members, oversaw the design and development of the Institute’s research facilities and led the Institute’s participation in development of multi-investigator research programs including heart disease, hypertension, gene therapy and craniofacial defects.

Kedes had previously served as chair of the USC Department of Biochemistry & Molecular Biology from 1988 to 2002. He is an internationally recognized expert in the field of skeletal muscle and cardiac muscle molecular genetics. Among his scientific achievements was the first isolation of a protein-coding gene from an animal cell and the first to determine the DNA sequence of a protein coding animal gene. He was also a developer of the first federally funded digital Web based database for storing and analyzing DNA sequences.

A member of numerous scientific organizations, including most recently as Scientific Director of the X PRIZE Foundation, he is identified as one of the world’s most cited molecular biologists by the Institute for Scientific Information. He has trained more than 70 fellows who now hold professorial appointments at institutions worldwide including current department and institute heads at UCLA, Stanford, Yale, Sydney (Australia), Miami, Houston, Geneva (Switzerland), and Gunma (Japan).

“Larry Kedes’ outstanding contributions to the University and the international scientific community were brought out in spectacular fashion at the symposium held to honor his contributions at the IGM last October,” said Richard Bergman, the Keck Professor and Chair of the Department of Physiology and Biophysics. “Most of the lecturers were Larry’s former fellows. They all emphasized how critical his mentorship was to their futures as investigators. They also emphasized what a wonderful humanitarian Larry is, and how he selflessly promoted their careers,” Bergman added.

“Larry Kedes is an absolutely brilliant scientist who was one of the forefathers of modern molecular biology,” said Peter Jones, director of the USC/Norris Comprehensive Cancer Center. “His recruitment really transformed the medical school. The arrival of an individual of his caliber to the Keck School showed that we were serious about the development of molecular genetics.”

USC recruited Kedes in 1989 as the Chair of Biochemistry and director of a planned Institute for Molecular Medicine. Kedes quickly changed the names of both the Department�to Biochemistry & Molecular Biology� and the Institute�to Genetic Medicine. His academic honors include being a fellow of the John Simon Guggenheim Foundation, a Howard Hughes Medical Institute Investigatorship, the Distinguished Scientist Award of the American Heart Association, the Provosts Gold Medal from the University of Messina (Italy) and the Henry N. Neufeld Memorial Award (Israel). In 2004 he received the University of Southern California Distinguished Faculty Service Award.

Kedes graduated from the Stanford University School of Medicine. He completed his residency in Internal Medicine at Harvard’s Peter Bent Brigham Hospital and conducted postdoctoral research at the National Cancer Institute and at MIT.

Keck School Dean Puliafito has appointed Elizabeth Fini, senior associate dean for research advancement, as interim director of the IGM. She will be working with Kedes over the next several months to ensure a smooth transition.