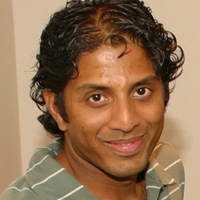 Professor Shri Narayanan and his colleagues from education and psychology won one of this year’s large interdisciplinary awards from the Zumberge Fund.

The Office of the Vice Provost for Research Advancement has announced the 22 winning proposals for the 2007 Zumberge interdisciplinary research grants.

The winning projects, submitted by teams of faculty from different schools and disciplines, focus on subjects ranging from quantum computing and cellular development to gospel music.

The James H. Zumberge Research and Innovation Fund, established by the former university president and renamed in his honor in 1991, promotes research at USC through two types of awards: individual and interdisciplinary.

The interdisciplinary awards were expanded in 2007 thanks to an infusion of funds from the Office of the Provost. The awards, funded by a total of $560,000 this year, now include smaller awards that range in value up to $10,000 and larger grants worth up to $50,000.

“The Academic Senate’s University Research Committee carefully reviewed the Zumberge program in light of revisions to the USC Strategic Plan,” said Randolph Hall, vice provost for research advancement. “We now have a program that invests in faculty ideas for creating and building research centers and initiatives, especially those focused on issues of great societal import, such as heart disease, aging and urban violence.”

The smaller awards, Hall noted, are a new feature of the program that can be applied for year-round. “With these, we can respond much more quickly, often within a month, to faculty ideas. I’ve found that the smaller grants are often all the faculty need to jump-start an effort,” he said.

Competition for the large grants was intense, with only about one out of four proposals receiving funding in 2007. But about two out of three of the small award proposals were funded this year, a strong success rate based in part on the fact that most faculty discussed the proposals with Hall’s group before submitting them, he said. Some of the grants were given out in January, while a second set was announced in fall.

In the most recent funding round, $50,000 was granted for the “Interdisciplinary Technology Center for Child-Centric Societal Applications” led by Shrikanth Narayanan, a professor of electrical engineering and computer science at the USC Viterbi School of Engineering with joint appointments in linguistics and psychology at USC College. The USC Rossier School of Education’s Robert Rueda and Gayla Margolin and Jo Ann Farver, both of the USC College psychology department, serve as co-principal investigators.

“This award will support the work required to submit a major proposal to the National Science Foundation for the creation of a technology center focused on urban youth at USC,” Narayanan said. “It will enable us to do initial application designs and pilot studies as well as link faculty research on topics like urban education, urban health and urban violence.”

Other newly funded projects include a center for quantum information processing, a center for digital arts and humanities scholarship, a project on the relationship between aging and cancer, and one on novel techniques for image-guided surgery.

A key feature of the award program is a requirement that applicants provide a detailed plan for seeking future external funding to sustain and expand their efforts.

“A Zumberge award is not a substitute for writing proposals to outside agencies,” Hall said. “It is a resource for helping already successful faculty move their research in innovative, new interdisciplinary directions.”