This Saturday, Arthur C. Bartner will lead the Trojan Marching Band into Notre Dame Stadium for the last time. Bartner, in his 50th year as director, has led The Spirit of Troy at every USC-Notre Dame game since 1973, when the band first traveled to the Midwest.

When the Trojan Marching Band took the field at Notre Dame 46 years ago, it was an unprecedented journey east for an organization led by a young director in only his fourth year at the helm. Marching bands did not travel for regular-season games halfway across the country. But Bartner, spurred on by students eager to represent USC at the historic “House that Rockne Built,” took his entire 130-member band to Chicago and on to South Bend, Ind., on a budget of $30,000 — $173,000 today — raised entirely by the organization. 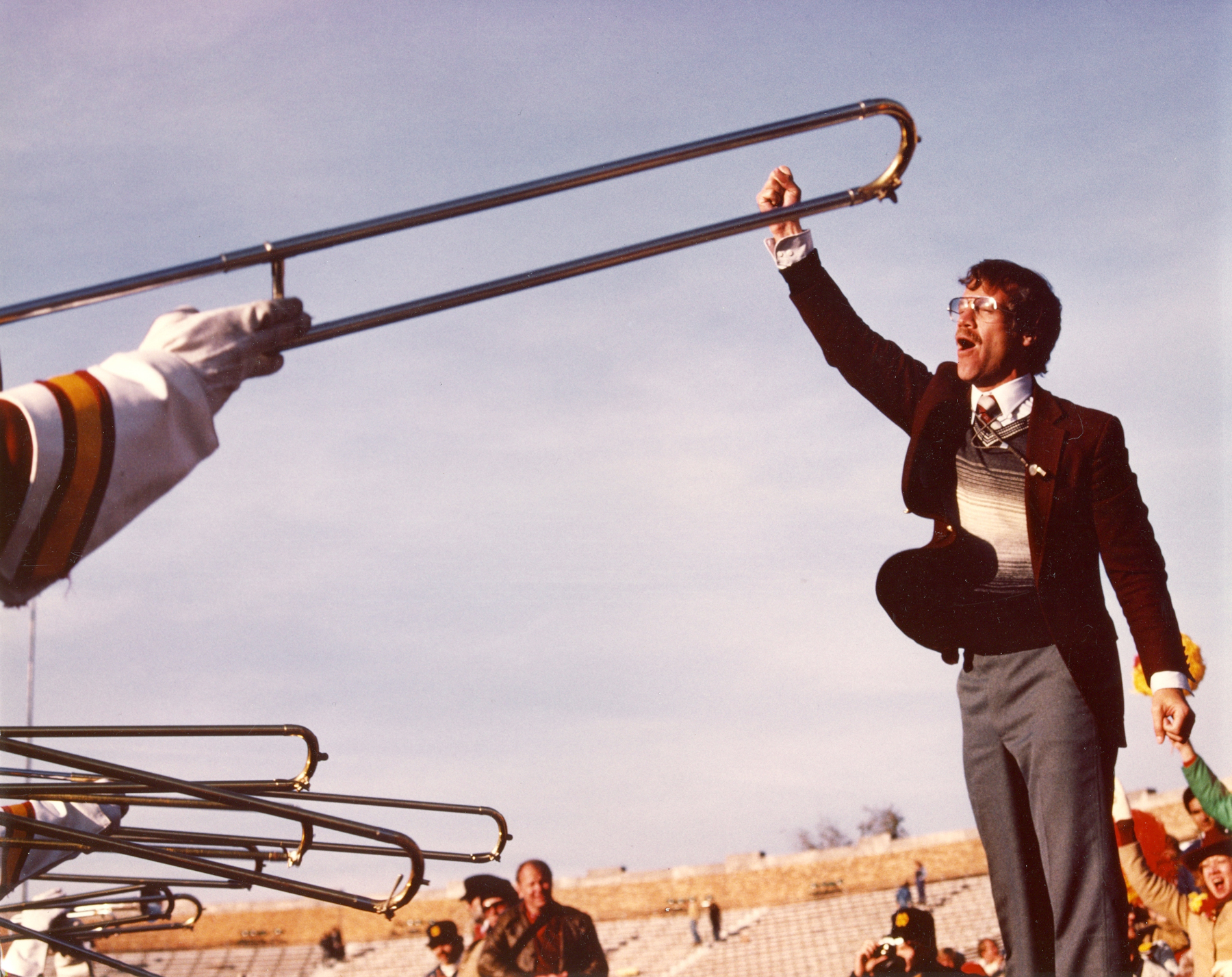 The band will pay tribute to its first appearance at Notre Dame during halftime, performing two songs from the 1973 show: “Smoke on the Water” by Deep Purple and “Frankenstein” by the Edgar Winter Group. At the time, the band was booed by Irish fans when marching on to the field, but after finishing the brash set of modern rock songs they received a standing ovation.

The legacy of that first game extends across the rivalry. Leading the effort to send the band to Notre Dame in 1973 was a young USC student named Ken Dye — now Kenneth Dye, the longtime director of the Notre Dame Marching Band. As usual, Dye will give his mentor the honor of leading the Band of the Fighting Irish in its performance of the national anthem during the pregame festivities.

The day before the game, the band will perform its traditional rally at Chicago’s Navy Pier at noon. The performance is free, open to the public and will be held rain or shine.

Just as in 1973, the Trojan Marching Band raises the entire budget of $250,000 to take the 300-member organization to Chicago every two years. The funds are raised through appeals to the USC community over a two-year period. The traveling party of 300 will be flying to Chicago on four flights codenamed Cardinal, Gold, Traveler and Tirebiter.

The 50th and final season for the longtime Trojan Marching Band director will be one of celebrations and milestones.

When the Trojan Marching Band takes the field at Notre Dame Stadium on Oct. 19 for the USC-Notre Dame game, it will “stir the echoes” of four decades ago.