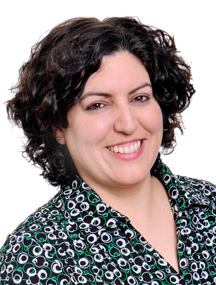 A study led by a USC researcher has found a new model to explain how signals between cells in the embryo control limb development.

The study, which will be published in the May issue of the journal Nature and is now available online, found that secreted growth factors at the distal (farthest from the torso) tip of the embryonic limb act as instructive molecules that control the pattern of bones along the length of the limb in an animal model.

“For many years, biologists have been fascinated by the question of how the skeleton forms during embryonic development so that all the bones are in the proper place and the proper shapes, said Francesca V. Mariani, assistant professor at the Keck School of Medicine and one of the lead authors of the study. “Much of the research has been focused on the limb as a framework for understanding the basic steps of skeletal development.”

Researchers have long known that the apical ectodermal ridge (AER), a special epithelial structure at the distal tip of the embryonic limb, is important for limb outgrowth. Less clear has been the role of the fibroblast growth factor (FGF) family that emanate from the AER, Mariani said.

“Our study shows that FGFs are not just important for limb outgrowth but act as instructive molecules that control the pattern of bones along the length of the mouse limb,” she said. “The study of limb development may help contribute to the further understanding of how limbs might regenerate.”

Mariani, a recent recruit to the Eli and Edythe Broad Center for Regenerative Medicine and Stem Cell Research at USC, conducted the research while at the University of California, San Francisco. She worked in collaboration with Gail Martin, a pioneer in embryonic stem cell research.

Researchers concluded that FGFs act as instructive molecules by examining the expression of a gene called Meis1 found at the proximal (nearest to the torso) portion of the developing limb bud. The new model presented in the study proposes that proximal and distal domains are specified by two opposing signals: a proximal signal from the flank and a distal signal from the AER, and that a middle domain forms as an interaction between the two domains or two signals.

The findings could have a significant impact on future study in this area.

“This exciting study proposes a new model to explain how signals between cells in the embryo control the growth and formation of the mammalian limb,” said Martin Pera, director of the Eli and Edythe Broad Center for Regenerative Medicine and Stem Cell Research at USC. “Tissue repair processes in the adult often use the same cellular programs in building the embryo, so these new findings may provide important clues to guide future treatment of injuries using cell-based therapies.”