USC scientists have surmounted a big roadblock in regenerative medicine that has so far constrained the ability to use repurposed cells to treat diseases.

The researchers figured out how to reprogram cells to switch their identity much more reliably than present capabilities allow. The technique uses enzymes to untangle reprogramming DNA, somewhat similar to how a coiffeur conditions tangled hair. The technique works with near-perfect efficiency in mice and humans for all types of cells tested in the laboratories of USC’s stem cell center. 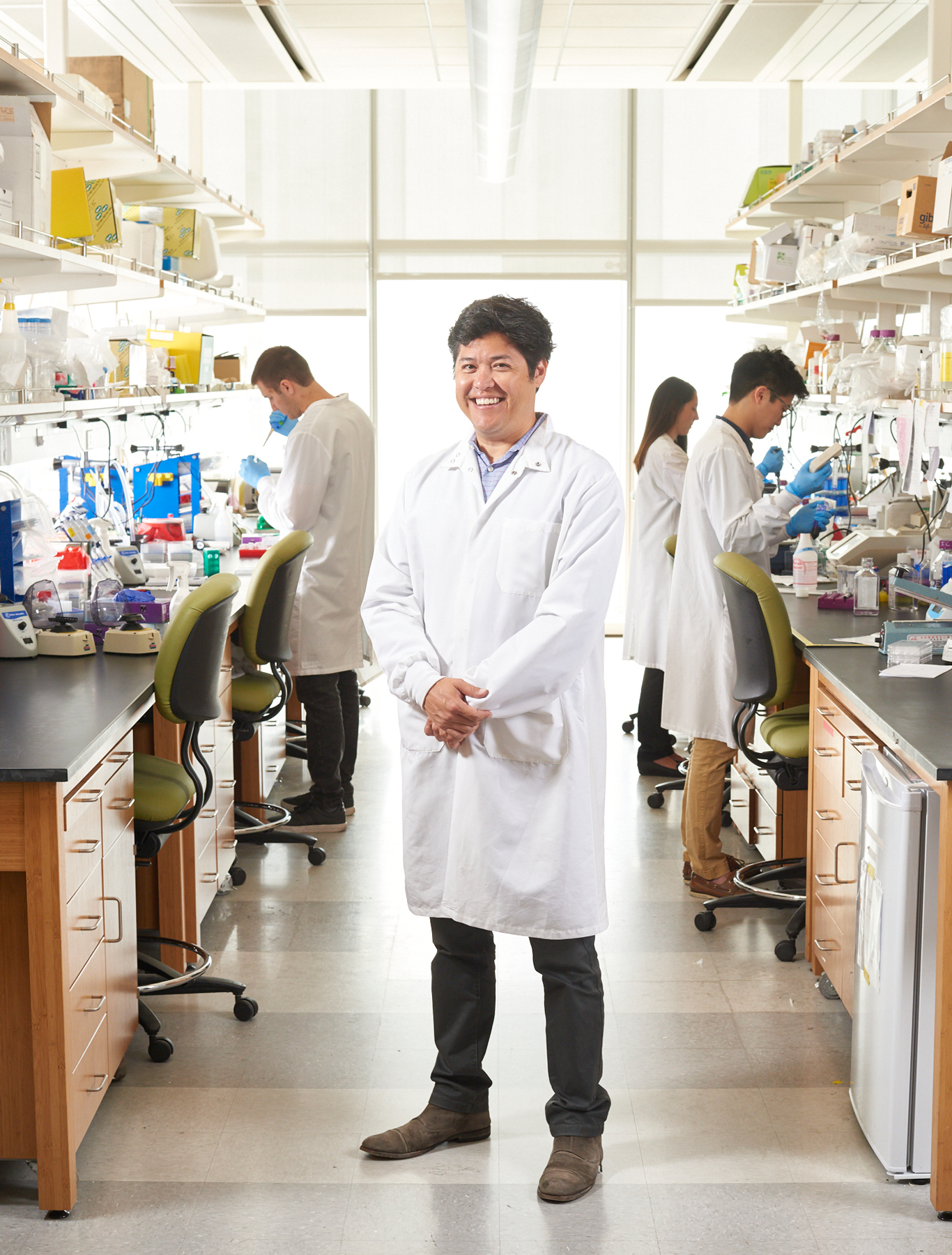 The findings are significant because they clear an obstacle to help scientists find treatments for a wide range of diseases, especially neurologic impairments and conditions such as hearing loss.

“This is a strategy for greatly improving our ability to perform cellular reprogramming, which could enable the regeneration of lost tissues and the study of diseases that cannot be biopsied from living patients today,” said Justin Ichida, assistant professor in the department of stem cell biology and regenerative medicine at the Keck School of Medicine of USC.

The findings appear Thursday in Cell Stem Cell in a research paper titled, “Mitigating antagonism between transcription and proliferation allows near-deterministic cellular reprogramming.” Ichida is the lead author, joined by a team of researchers at the Keck School of Medicine.

Cellular reprogramming has enormous potential as a disease cure because it enables scientists to study cells and molecular processes at each step of disease progression in controlled conditions that have, until now, been impossible.

Reprogramming involves changing one cell into another type of cell, such as a blood cell into a muscle or nerve cell. That’s important for medical research because the technique can be used to recreate tissues lost to disease and to study diseases in tissues that cannot be biopsied from living patients.

The technique has been known for decades but hasn’t met its potential. According to the USC team, that’s because DNA does not respond well when manipulated to change itself. DNA molecules are twisty by nature, due to the double helix configuration. Reprogramming DNA requires uncoiling, yet when scientists begin to unravel the molecules, they knot up tighter. As a result, nucleotides become much more difficult to work with and cells won’t replicate properly, Ichida explained. Current untangling techniques only work 1% of the time.

“Think of it as a phone cord, which is coiled to begin with, then gets more coils and knots when something is trying to harm it,” Ichida said.

To smooth the kinks, the researchers treated cells with a chemical and genetic cocktail that activated enzymes called topoisomerases. The process works by using the enzymes to open the DNA molecules, release the coiled tension and lay it smoothly. In turn, that leads to more efficient cellular reprogramming, which increases the number of cells capable of simultaneous transcription and proliferation, which is needed to promote tissue growth. It’s the equivalent of a DNA detangler that relaxes the tension of reprogramming transcription and makes it easier to replicate new cell colonies or tissues in a lab.

Understanding diseases at a cellular level

The technique has multiple advantages over existing current practice. For example, it worked nearly 100% of the time. It was proven in human and animal cells. It can be employed today in laboratories to study disease development and drug treatments. It has immediate utility for studying schizophrenia, Parkinson’s, ALS and other neurological diseases; in those instances, new cells can be created to replace lost cells or acquire cells that can’t be extracted from people.

Moreover, the technique does not involve stem cells; the reprogrammed cells are not brand new but the same age as the parent cell, which is advantageous for studying age-related disease. The reprogrammed cells may be better at creating age-accurate in vitro models of human disease, which are useful to study diverse degenerative diseases and accelerated aging syndromes.

“The key is to understand development of disease at a cellular level and how disease affects organs,” Ichida said. “This is something you can do with stem cells, but in this case, it skips a stem cell state. That’s important because stem cells reset epigenetics and make new, young cells, but this method allows you to get adult cells of same age to better study diseases in aged individuals, which is important as the elderly suffer more diseases.”

“A modern approach for disease studies and regenerative medicine is to induce cells to switch their identity,” Ichida said. “This is called reprogramming, and it enables the attainment of inaccessible tissue types from diseased patients for examination, as well as the potential restoration of lost tissue. However, reprogramming is extremely inefficient, limiting its utility. In this study, we’ve identified the roadblock that prevents cells from switching their identity. It turns out to be tangles on the DNA within cells that form during the reprogramming process. By activating enzymes that untangle the DNA, we enable near 100% reprogramming efficiency.”

Ichida is a co-founder and owner of AcuraStem, a California-based precision medicine company. USC also has a financial interest in AcuraStem. The other authors declare no competing interests.

Innovators of USC: Justin Ichida stays at the forefront of ALS research

Stem cell technology drives the research at AcuraStem, a startup founded as a result of the work in a USC lab. (One in a three-part series.)

USC researcher looks for a pattern in ALS cases

Kim Staats is drawn to the clinical relevance of research in Justin Ichida’s lab, which explores ALS mechanisms.

USC scientists in different labs take on a neurodegenerative disease

Haoze (Vincent) Yu and Kate Galloway receive grants for a collaborative project that demonstrates their creativity and independence.

The study sheds light on potential therapeutic targets for treatment of the disease.