Growing up in Pakistan, Omar Azizi remembers riding the local bus and looking out at the kids in their school uniforms, running off to class.

“People think they love Disneyland — they didn’t see my eyes when I saw those schools,” he said. “I knew I belonged there.” 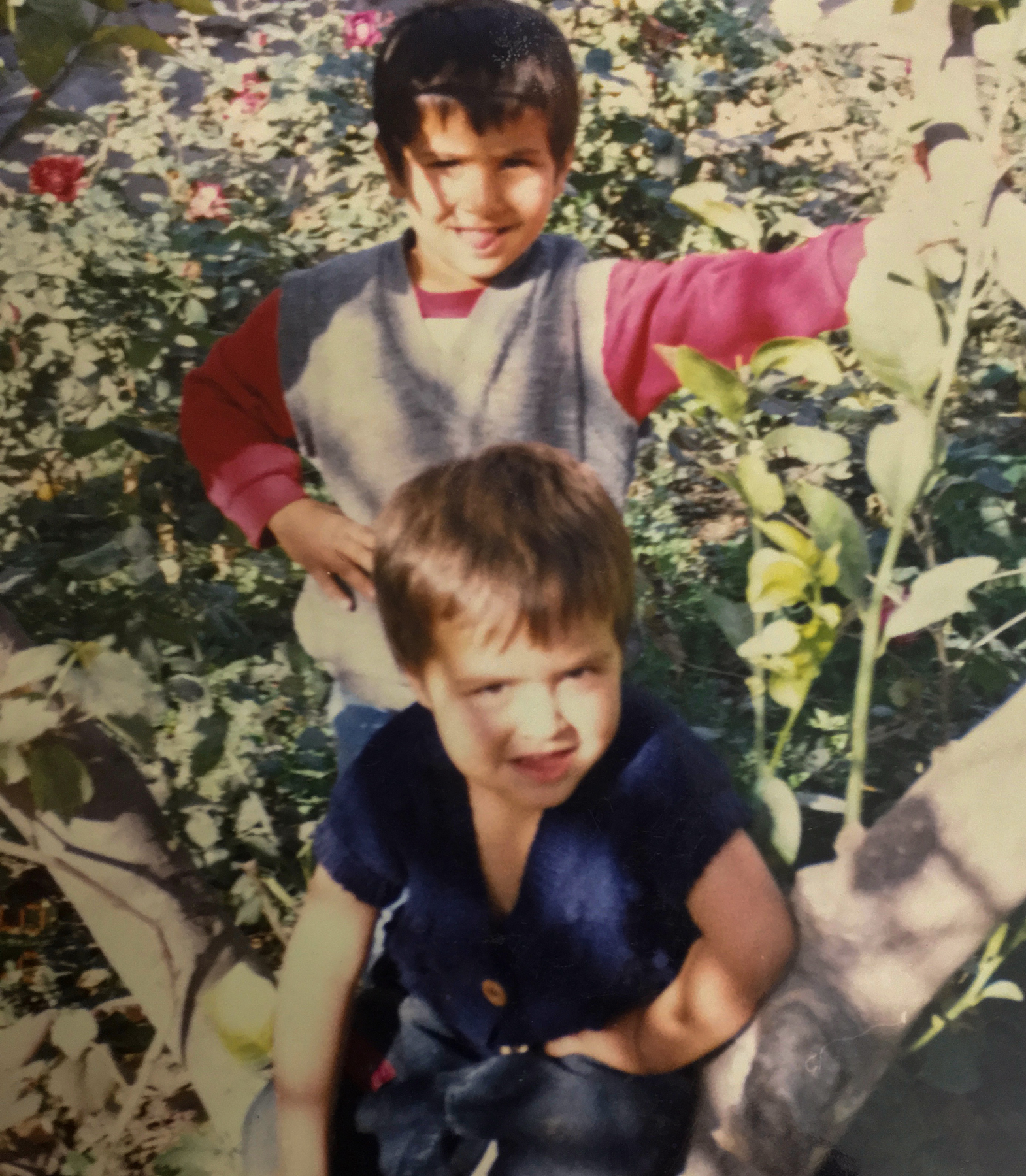 Omar Azizi, front, and his brother lived in a refugee camp near the border of Afghanistan and Pakistan. (Photo/Courtesy of Omar Azizi)

As an Afghan refugee, considered an illegal resident in Pakistan, he couldn’t go to school. His family couldn’t afford it and it required national identification, which he didn’t have. He would continue on the route to his job, where he worked as a travel agent. At age 14, in a mismatched oversized suit he bought at a secondhand shop, he booked travel packages for Pakistan’s elite. Some were skeptical of him.

“Someone even said, ‘This kid is going to send me to Saudi Arabia’,” he said with a laugh. But he looked older than his age and was good at the job, securing bonuses his first year.

Even though he devoured every newspaper and book he could find, teaching himself four languages while living in refugee camps and slums, he never had a formal education. When he was 20, his family was granted asylum in the U.S. and settled in San Diego. He was determined to make up for lost time. He got a job working at Legoland’s hotel and went to community ESL classes. When he was off, he would watch the BBC on TV — mimicking their pronunciation.

Within a year, he learned English and math, scoring high on placement exams, allowing him to apply for community college and skip lower-division courses. In less than two years, he got his associate’s degree. While studying, he also helped fellow refugees resettle and worked to amplify the voices of underrepresented students on campus — with his efforts recognized by the White House and President Barack Obama. In 2017, he transferred to USC on a Jack Kent Cooke Foundation scholarship.

Azizi, who is working toward a bachelor’s degree in business administration from the USC Marshall School of Business, will be completing his studies in the fall. While he had plenty to gain from USC faculty, Azizi’s path has been useful in his studies at USC as well. A refugee from the age of 1, he knows the struggles of a global epidemic firsthand.

“Growing up, I was always on my toes,” he said. “I don’t remember feeling I could relax or take a break.”

Learning how to translate that into a business endeavor has been a goal of his since he walked onto the University Park Campus two years ago. His senior year, he finally was able to do that — creating an app called Safar with a team of USC students. The mobile app provides information and resources — such as on health, education or legal services — available to refugees in the camps. It was part of a highly competitive program within the USC Viterbi School of Engineering called Innovation in Engineering Design for Global Challenges. He was one of a 34-student cohort across 7 USC schools tasked with designing solutions for refugees living in camps in Lesvos, Greece.

I have a moral responsibility to give back. As a refugee, I have the skills.

“I have a moral responsibility to give back,” he said. “As a refugee, I have the skills.”

Members of Safar went to Moria refugee camp this year to share the product with refugees, incorporating their feedback. Azizi, who had been communicating with refugees and NGOs there, wasn’t able to make the trip due to travel issues as a non-U.S. citizen.

Even though it’s only a few units, it requires the dedication of a part-time job. But Azizi feels lucky to get the chance to build Safar with his team.

“When I first heard about this class, I was like, this is made for me,” he said. “There was no way I wasn’t going to do it.”

Refugee app will serve those in camps and NGOs 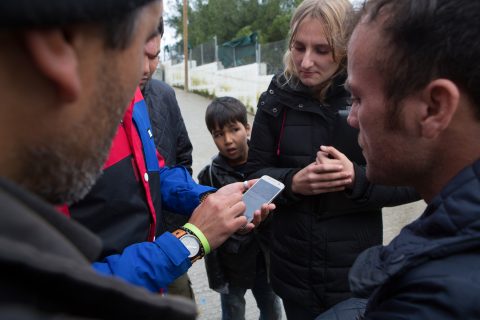 Azizi built his app, called Safar, to provide refugees in camps with information after noticing how misinformation is spread by word-of-mouth. (Photo/Elias Marcou)

For Azizi, the project is a logical blending of his upbringing as a refugee and his entrepreneurial spirit. In the camps, he was a community leader. Good with languages and employed in town, other refugees went to him when they needed help dealing with the local government or police. He also saw how quickly misinformation would spread.

“When refugees arrive they’re scared, traumatized — there’s lack of trust,” he said. “You struggle to recognize people who are friends from people who aren’t necessarily friends.”

Safar, which is undergoing some final tweaks, would be the first app of its kind. The initial iteration will be aimed at the Moria camp, which has roughly 10,000 refugees, although it is built for a capacity of several thousand. Not only will it provide information for refugees, such as on medical resources or where to take a computer class, but it’ll also inform NGOs on the ground. Surprisingly, he said, NGOs are often unaware of what other NGOs are doing. When Safar launches on Google Play, it could potentially have about 2,000 users a day. It’s coded for Android, since the majority of refugees have one Android phone per household, he said. The goal is to scale it beyond the camp, he added, perhaps to help Rohingya refugees or provide information in the aftermath of natural disasters such as hurricanes.

There’s been other ways his old life has come up, too. During a spring break trip to Cabo San Lucas, he noticed a hotel worker struggling with a software system. Azizi, with his background in hospitality, offered to show him check-in and billing shortcuts.

“I went and showed him how it’s done and how you can do it efficiently,” he said. “All of them gathered, three or four front desk agents, in exchange for free water bottles.”

Whether he’s working with NGOs to better inform refugees or giving advice to strangers, the core of Azizi is helping to solve problems — small or large.

“It is very easy to fall into this trap that I’m so disadvantaged academically. And I’m not just mastering school — I’m mastering life and culture here,” he said. “These disadvantages have an advantage. I have an advantage to solving real-life problems. My friends always come to me and I help them as mentors. While there is much to be said about the unfair or exceptional challenges of refugee life, I try to see my journey as a blessing and a learning experience.”

Just a week after graduating, Azizi is starting a business development internship at Fair, a short-term car leasing startup. And in August, he plans to finally travel to the Moria refugee camp, securing refugee travel documents. There, he’ll meet the NGOs, stakeholders and refugees in person before officially launching Safar.

It’s possible when he meets the refugees he’s been designing for that he will no longer be a refugee himself. He’s on track to become a U.S. citizen this summer.

USC senior’s artwork gives a voice to the underrepresented

With commencement a week away, graduate Tola Oseni reflects on her use of graphic design, music and video to share untold stories and open the art world to previously excluded groups.