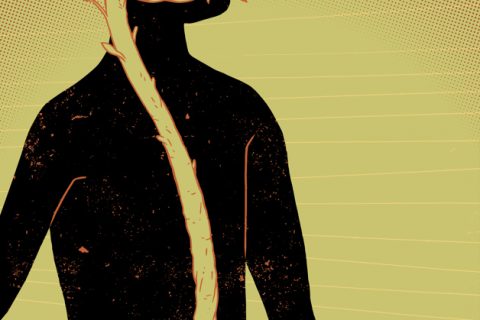 Millions of microorganisms make their home within the human stomach and intestines. Made up of critters with names like Alistipes, Bilophila and Collinsella, it’s an alphabet soup of bacteria with a literal life of its own.

Collectively known as the gut microbiome, this complex and ever-changing bacterial environment plays a critical role in health and disease. A balanced microbiome conducts essential metabolic and immune system functions, such as vitamin production and the management of allergic reactions. But an out-of-sync microbiome is linked to a number of conditions, including irritable bowel syndrome, obesity, diabetes and — perhaps — autism.

To investigate how gut bacteria may be related to the brains and behaviors of children with autism spectrum disorder (ASD), Lisa Aziz-Zadeh at the USC Mrs. T.H. Chan Division of Occupational Science and Occupational Therapy is partnering with scientists at UCLA on a first-of-its-kind study.

“The classic social and communication deficits of autism spectrum disorder are widely known,” said Aziz-Zadeh, associate professor at USC Chan. “But if you ask a parent of a child who has autism, there’s a good chance you will hear stories of tummy troubles, like constipation, cramping and pain, that can dramatically impact families’ everyday quality of life.”

If you ask a parent of a child who has autism, there’s a good chance you will hear stories of tummy troubles, like constipation, cramping and pain, that can dramatically impact families’ everyday quality of life.

The new three-year, $808,000 grant funded by the U.S. Department of Defense will add a gut microbiome component to a National Institutes of Health-funded project that is currently being run by Aziz-Zadeh and her colleagues. That study is capturing MRI brain scans of children — ages 8 to 16, from populations with and without autism — and correlating brain activity with social and motor skills.

Now, by collecting and analyzing stool samples from participants currently enrolled in their project, the team will use machine-learning algorithms in order to compare bacterial signatures to brain scans and behavioral analyses. No known studies have yet looked at these combined effects in this population.

“Our motivation is to try to understand ASD from a whole body perspective — the gut, the brain and behavior — and how each component interacts together,” Aziz-Zadeh said.

Although autism has been studied for more than 75 years, only lately has research suggested a link between its symptoms and gastrointestinal health. For example, studies have shown that children with ASD, compared to their neurologically typical peers, have significantly different gut compositions.

However, the ways in which microbiome composition is potentially linked to behavior are still unclear. Those probable mechanisms are even more intriguing in light of new discoveries that gut bacteria can activate central nervous system pathways and send biological signals back and forth, to and from the brain. This communication system is often referred to as the gut–brain axis.
The gut’s role may also help explain the recent rise in popularity of alternative diet-based treatments for autism. While the evidence is far from conclusive, the anecdotal impact of approaches such as the gluten-free, casein-free diet are well known within family and clinical circles, although dietary approaches don’t work for all children with ASD.

That degree of variability underscores another of the researchers’ hopes for the new study. Patterns or correlations that emerge from their data may highlight some of the biological reasons for autism’s notoriously wide-ranging spectrum of symptoms.

“We want to look at how differences in the gut microbiome are related to brain structure and function in order to better understand what makes the symptoms of ASD so different from one person to the next,” Aziz-Zadeh said.

Rivals with a cause

More than $500,000 of the project’s total $808,000 budget will be allocated to Aziz-Zadeh. The remainder will support the cross-town efforts headed up by Emeran Mayer, professor at UCLA’s David Geffen School of Medicine and director of the UCLA Gail and Gerald Oppenheimer Family Center for Neurobiology of Stress and Resilience. An expert on gut–brain interactions, Mayer and his team will be responsible for the project’s microbiome analysis.

It’s exciting to think about this entirely new dimension of autism — how we conceptualize it, and talk about it, and how we study it.

That’s a vision for the future which Aziz-Zadeh hopes this project can make valuable contributions toward. A whole-body model that links the gut, brain and behavior could one day even lead to advancements in gastrointestinal treatments for ASD, such as fecal transplantation, probiotics and targeted gut therapies.

“It’s exciting to think about this entirely new dimension of autism — how we conceptualize it, and talk about it, and how we study it,” Aziz-Zadeh said. “It really is a brand new frontier.”

If you know a child who would like to participate in this research, learn more about USC Chan’s MINDS study. The research team is seeking right-handed children, ages 8 to 16, who are typically developing, who have autism spectrum disorder or who have developmental coordination disorder. Participants will be compensated for their time and will receive an image of their brain.

Do probiotics work? Answers to this and other gut-wrenching questions

The microbes in your belly can have a profound impact on many aspects of your health.

Is there a link between gut bacteria and autism? A first-of-its-kind study investigates