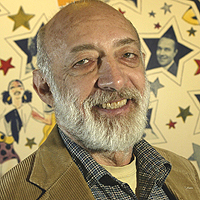 The Armond Fields American Theatre Collection was donated to the USC Libraries’ Special Collections in 2002.

Armond Fields, an expert on vaudevillian theatre, a biographer and a longtime friend of the USC Libraries, died at his home in Culver City on Aug. 17. He was 77.

A prolific author, the Chicago-born Fields researched and wrote many books on the American theatre, including From the Bowery to Broadway: Lew Fields and the Roots of American Popular Theatre (1993), a biography of his great uncle and vaudeville star.

Following the success of Bowery, Fields began his long relationship with the USC Libraries, where he researched the histories of such famous performers as Lillian Russell, James Corbett, Eddie Foy and Sophie Tucker.

“Armond worked on many of his books in our reading rooms, using most especially the rare hard copies of the New York Clipper newspapers, and his enthusiasm and productivity were inspiring to all of us,” said USC archivist Claude Zachary. “He was also a good friend, especially with John Ahouse and myself. We had many lunches and conversations over the 15 or so years that he was a regular visitor to our library.”

Fields’ biographies of French artists Henri Rivi�re and George Auriol explored his interests beyond the theatre. He also penned Katharine Dexter McCormick: Pioneer for Women’s Rights, a 2003 biography of the noted biologist, suffragist and philanthropist who was the first woman to receive a science degree from the Massachusetts Institute of Technology.

In addition to his literary achievements, Fields is also renowned for his paintings and silkscreen prints depicting urban and rural scenes.

Fields, a benefactor to several museums and libraries, donated his archive of rare memorabilia chronicling the history of the American stage to the USC Libraries’ Special Collections in 2002.

Known as the Armond Fields American Theatre Collection, the archive consists of more than 2,000 items � ranging from audio and video recordings to photographs and original manuscripts � that span the vaudeville period and the advent of the modern Broadway musical.

“Armond was our de facto expert on vaudeville and American theatrical history,” Zachary said. “He was always willing to lend his expertise to researchers and other historians who contacted Special Collections asking about the collection.”

Many of the collection’s items were showcased in a 2005 retrospective in Doheny Memorial Library titled “Setting the Stage: The Rise of American Popular Theatre.”

Fields earned a doctorate from the University of Chicago and was a lifelong champion of the arts. Also an advocate for education, he volunteered at the Culver City Unified School District, where he developed a teaching artist program for the district’s elementary schools.

Fields is survived Sara, by his wife of 39 years; five children; and six grandchildren.