The Bay Area classical music radio station, USC-owned KDFC, will move into the new Ute and William K. Bowes Jr. Center for Performing Arts in 2020, as part of a unique collaboration between the 70-year-old station and the San Francisco Conservatory of Music.

The station will leave its current broadcasting facility on Third Street and move to the hub of the San Francisco Arts District, on the second floor of the new Bowes Center, at 200 Van Ness Ave. across from Davies Symphony Hall. 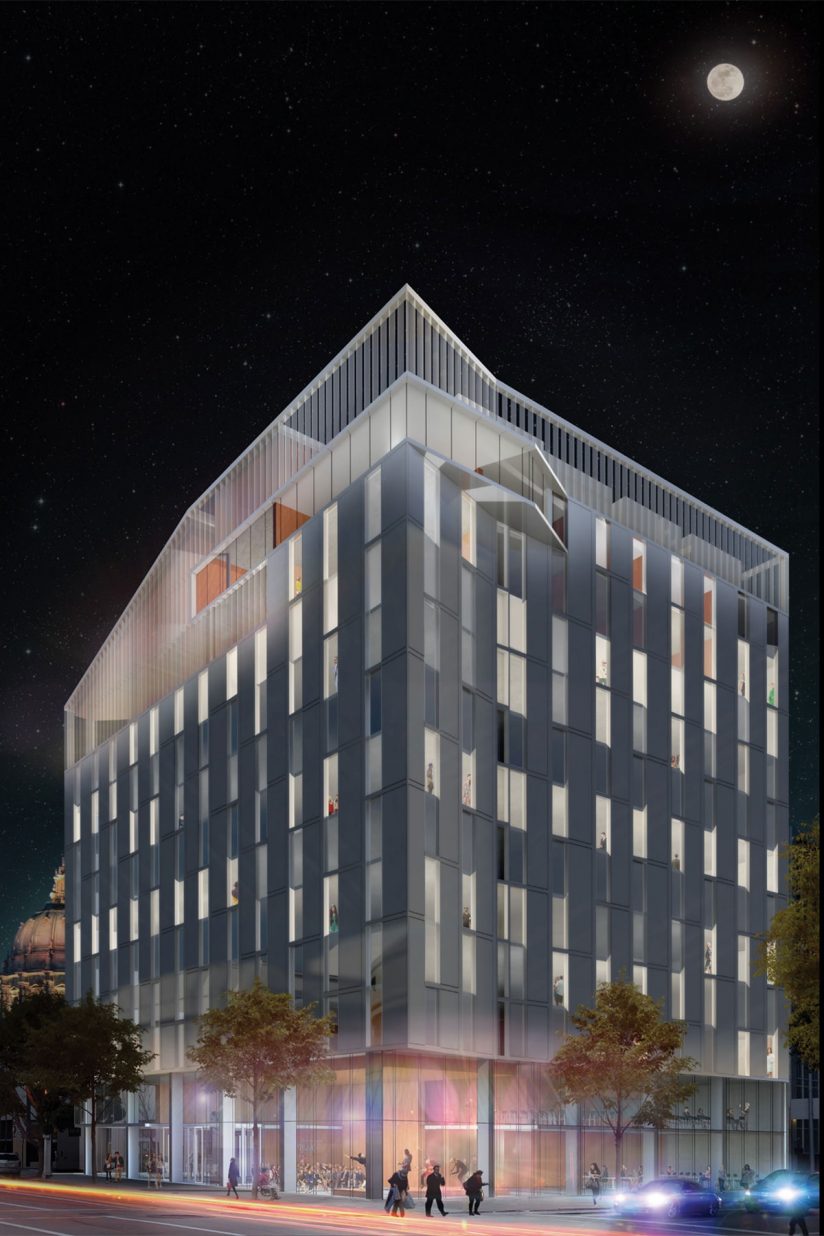 The new William K. Bowes Jr. Center, at 200 Van Ness Ave., is in the heart of the San Francisco Arts District. (Illustration/Courtesy of Mark Cavagnero Associates)

“KDFC is a cornerstone of the cultural life of the Bay Area and a critical resource in the global community of classical music,” said David Stull, president of the San Francisco Conservatory of Music. “I look forward to partnering with KDFC to provide additional and unique career growth opportunities for our students.”

“KDFC is at a pivotal moment in its history and is greatly looking forward to collaborating with the talent from the conservatory and the surrounding arts community,” Lueth said. “Relocating to the heart of the Arts District, combined with our large listening audience, will position the station to have even greater impact upon the entire Bay Area arts ecosystem and community.”

In its new home, KDFC will be anchored in the heart of the conservatory’s professional development activities with students. Collaboration plans include showcasing on air the talented musicians from the conservatory and from throughout Northern California. The station also will be able to tap into the dynamic new performance spaces of the Bowes Center, which will be wired into KDFC’s studios to share performances and other activities with a broader audience.

KDFC became a listener-supported local arts institution in 2011; the station reaches nearly 350,000-plus weekly listeners, and 100,000-plus accessing the stream through computers, smartphones and smart speakers. The station is heard on several transmitters in Northern California that extend from Ukiah on 102.5 FM, thorough the Napa/Sonoma wine country on 89.9 FM, through San Francisco and Oakland on 90.3 FM, into Silicon Valley and San Jose on 104.9 FM and south to Monterey/Carmel on 103.9 FM.

USC Trustee Ken Klein ’82 and his wife, Natalie, co-chair of the advisory board for Classical KDFC Radio in San Francisco, have given $1 million to support the station.

Judy McAlpine brings decades of experience as an executive in the U.S. and Canada.

The addition of two stations will bring San Francisco’s Classical KDFC to the Monterey Bay area.

Classical KDFC announcers Bill Lueth, Dianne Nicolini and Hoyt Smith are on the ballot for the Bay Area Radio Hall of Fame Class of 2013. All three are nominated in the Program Host category.