From selfies to billboards to magazines to bus shelters, we’re surrounded by photographs; think of how many you see every day. Still, there are some photos that stay with you. Here are some of the unforgettable images of 2018.

‣ Life on the lawn 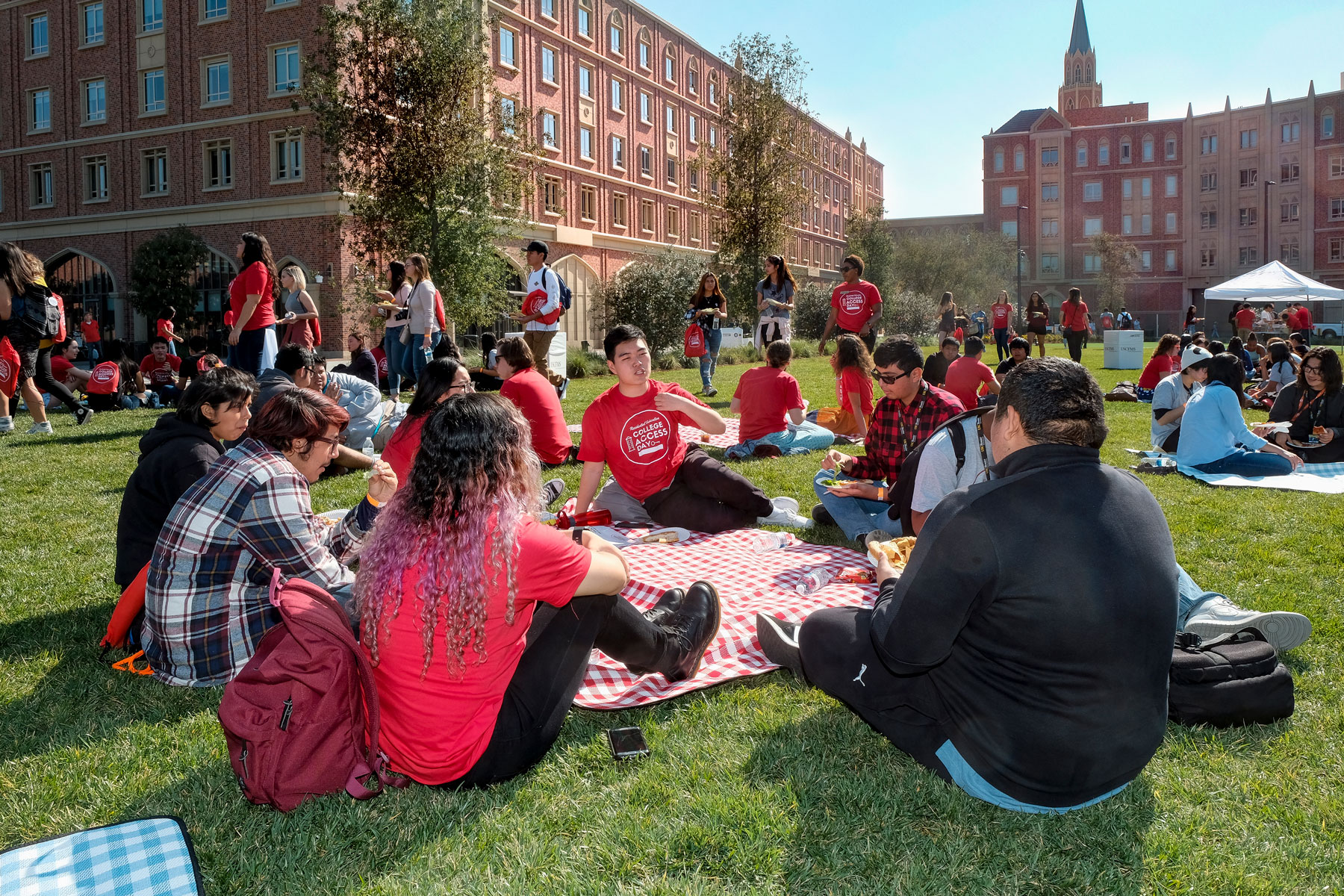 What is college going to be like when you get there? Trojan Jonathan Han answers questions for students from local high schools outside USC Village. The visiting kids took quickly to enjoying the lawn just like their collegiate counterparts. (USC Photo/Gus Ruelas)

‣ View from above 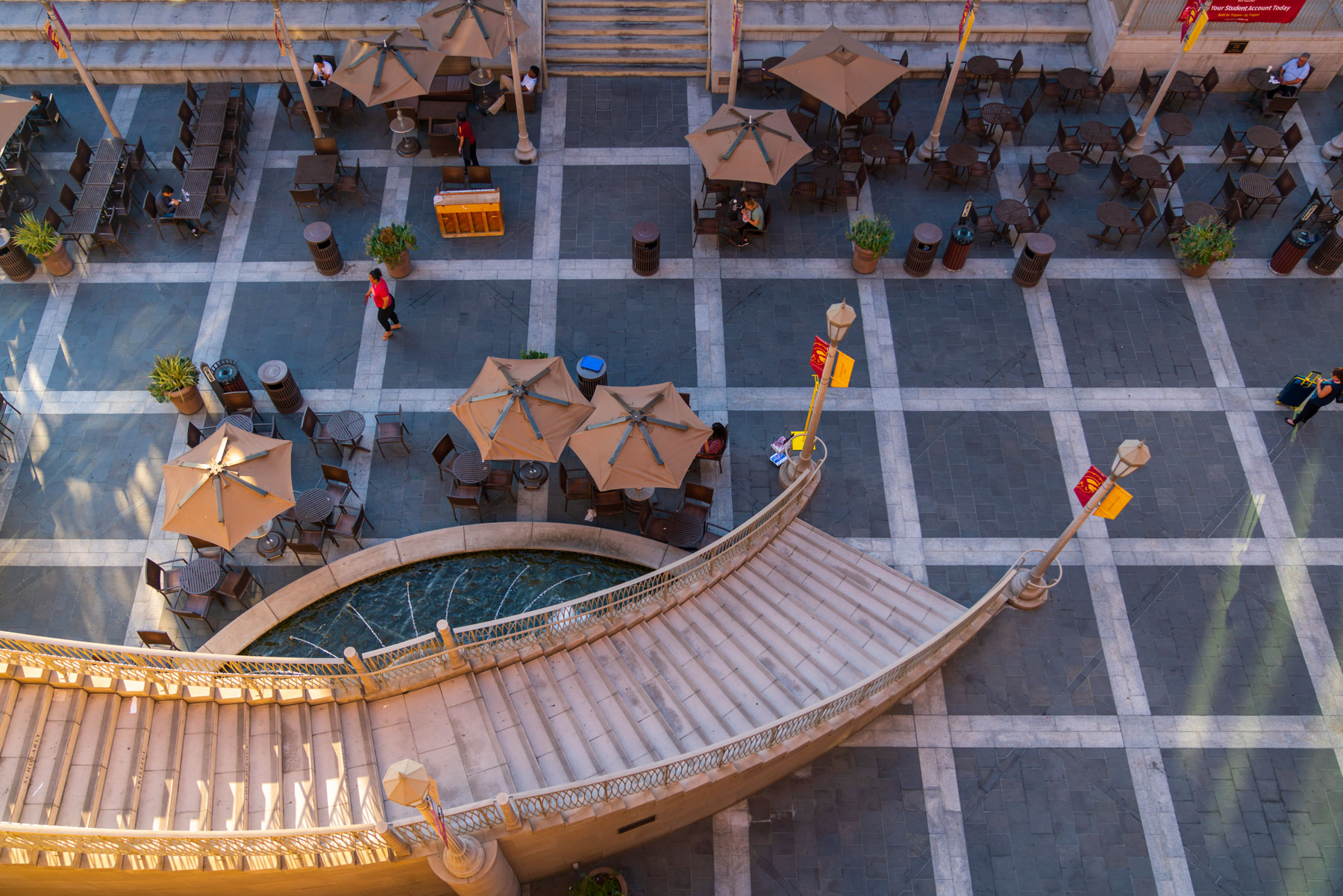 The courtyard and Steps of Troy at the Ronald Tutor Campus Center take on a geometric look when photographed by an architecture student. (Photo/Ling Luo)

‣ Kids in the country

There’s nothing like it: City kids enjoying nature at Troy Camp. After 70 years, the USC program still thrills and nurtures local kids. Canoeing, horseback riding and archery are among the highlights of USC’s popular student-run summer camp, but outdoor adventures are just the start. 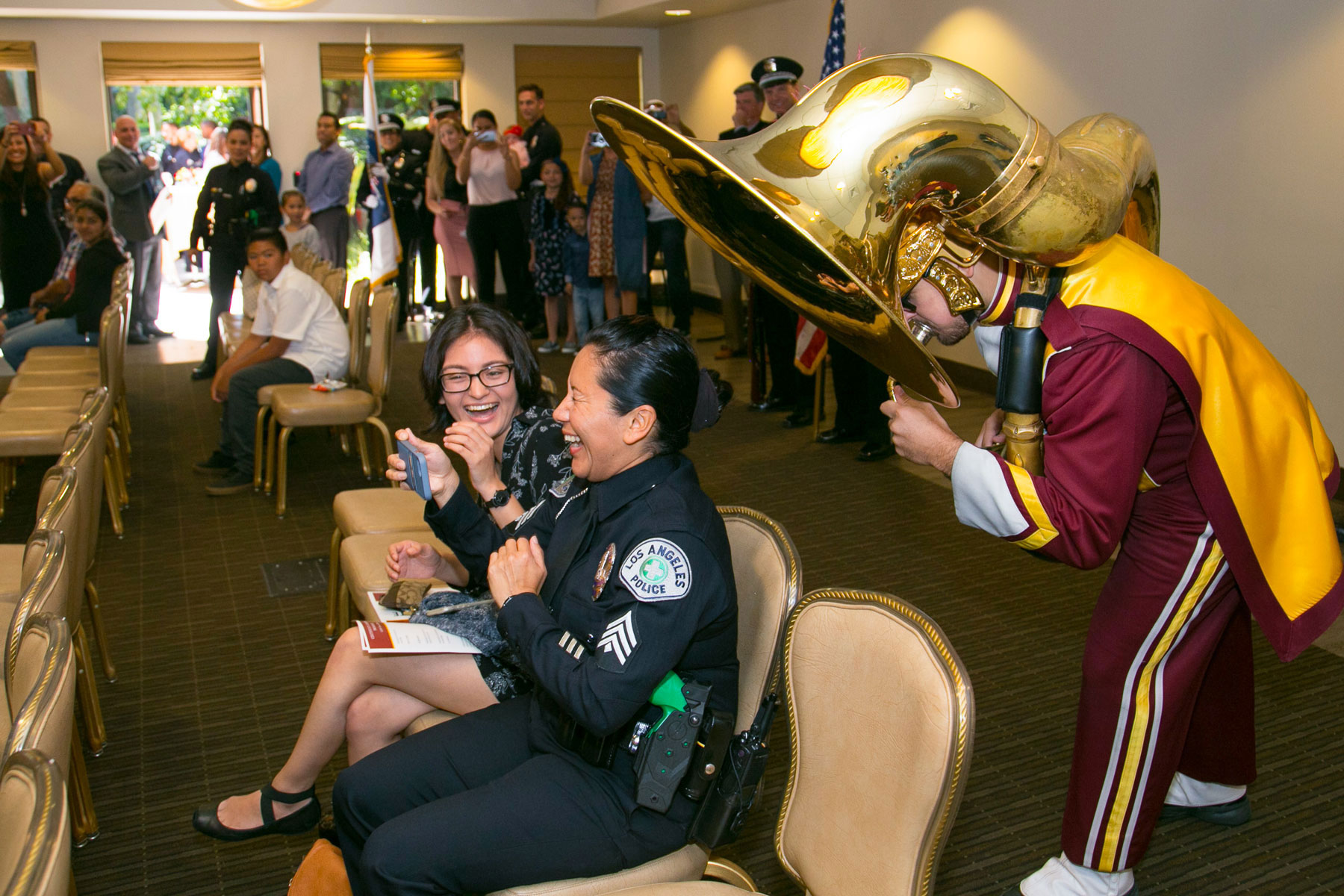 Everyone knows that it’s not a party at USC without the Trojan Marching Band. Here, a rowdy member of The Spirit of Troy toots his horn for an officer participating in the Law Enforcement Advancement Development program, a partnership between the LAPD, the USC Suzanne Dworak-Peck School of Social Work and the USC Price School of Public Policy. (USC Photo/Tom Queally)

‣ Under a cardinal moon 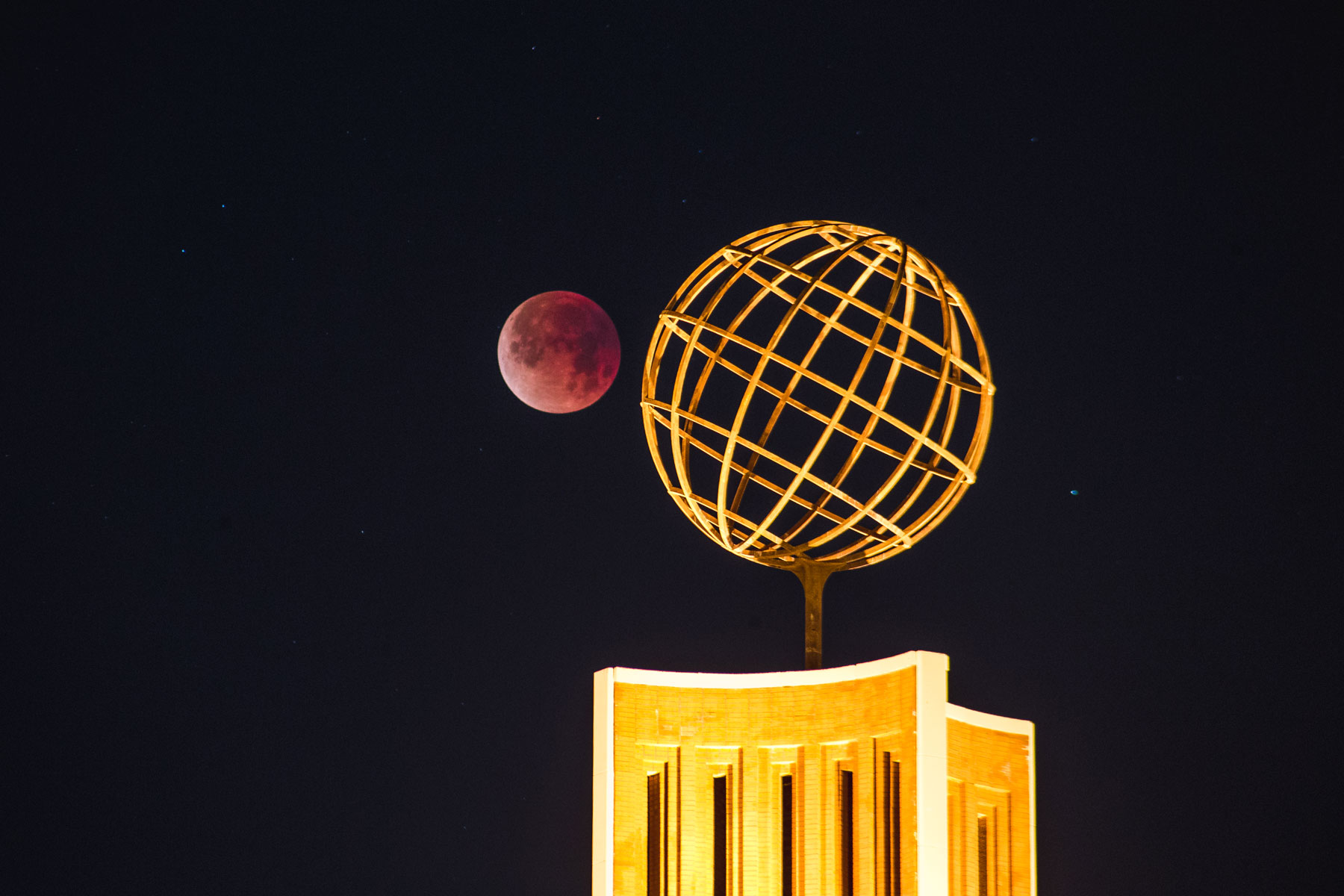 Actually, it’s a “blood moon,” the phenomenon that occurs during a total eclipse as the moon is lit by sunlight filtered and refracted by the Earth’s atmosphere. USC Photo Club president Trevor Sochocki captured this Instagram favorite in January. (Photo/Trevor Sochocki) 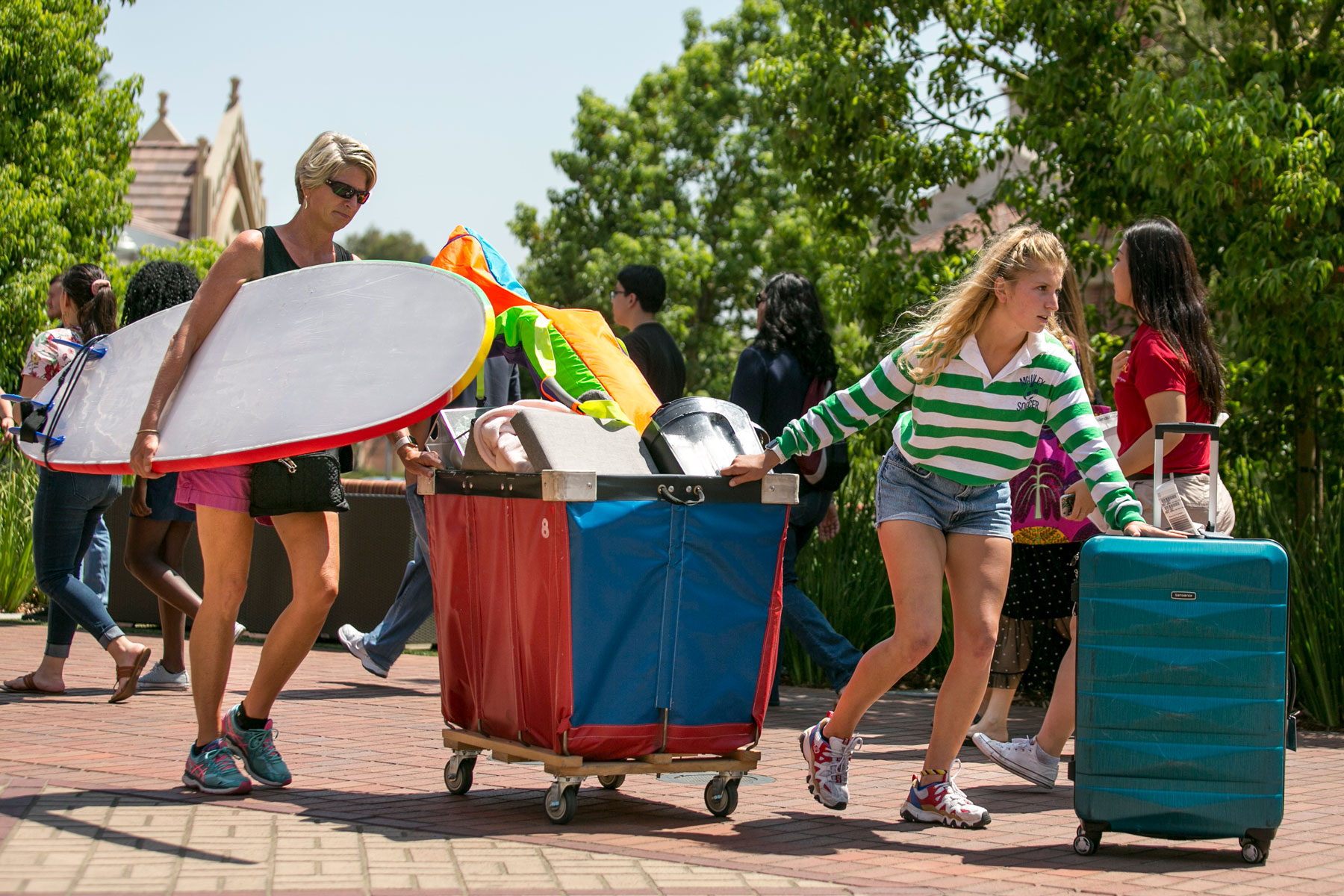 ‣ The agony of … victory 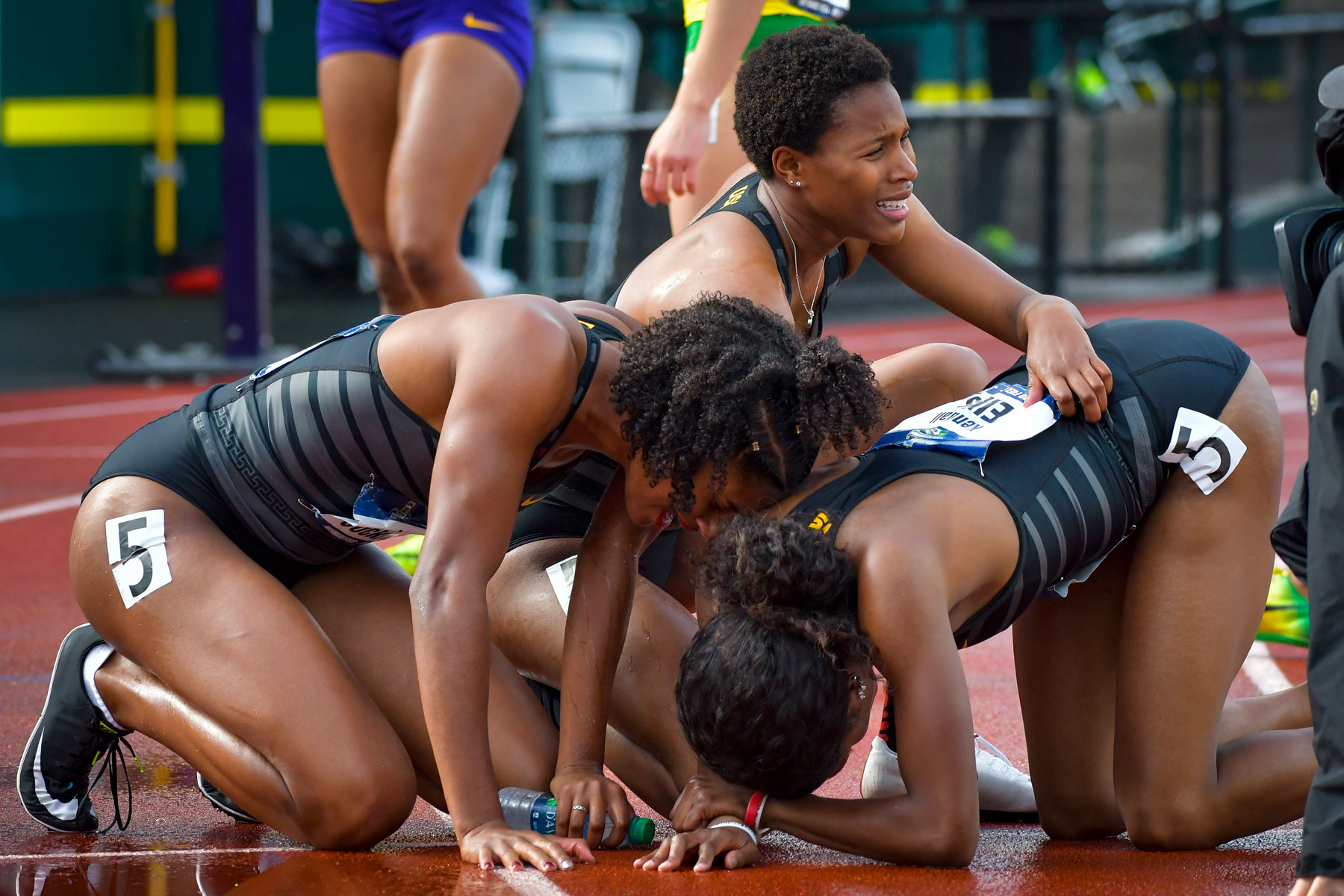 Members of the USC women’s track and field team collapse with joy after a dramatic come-from-behind win in the final seconds of the 4x400m relay — a win that gave the Trojans an unlikely national championship. (USC Photo/John McGillen) 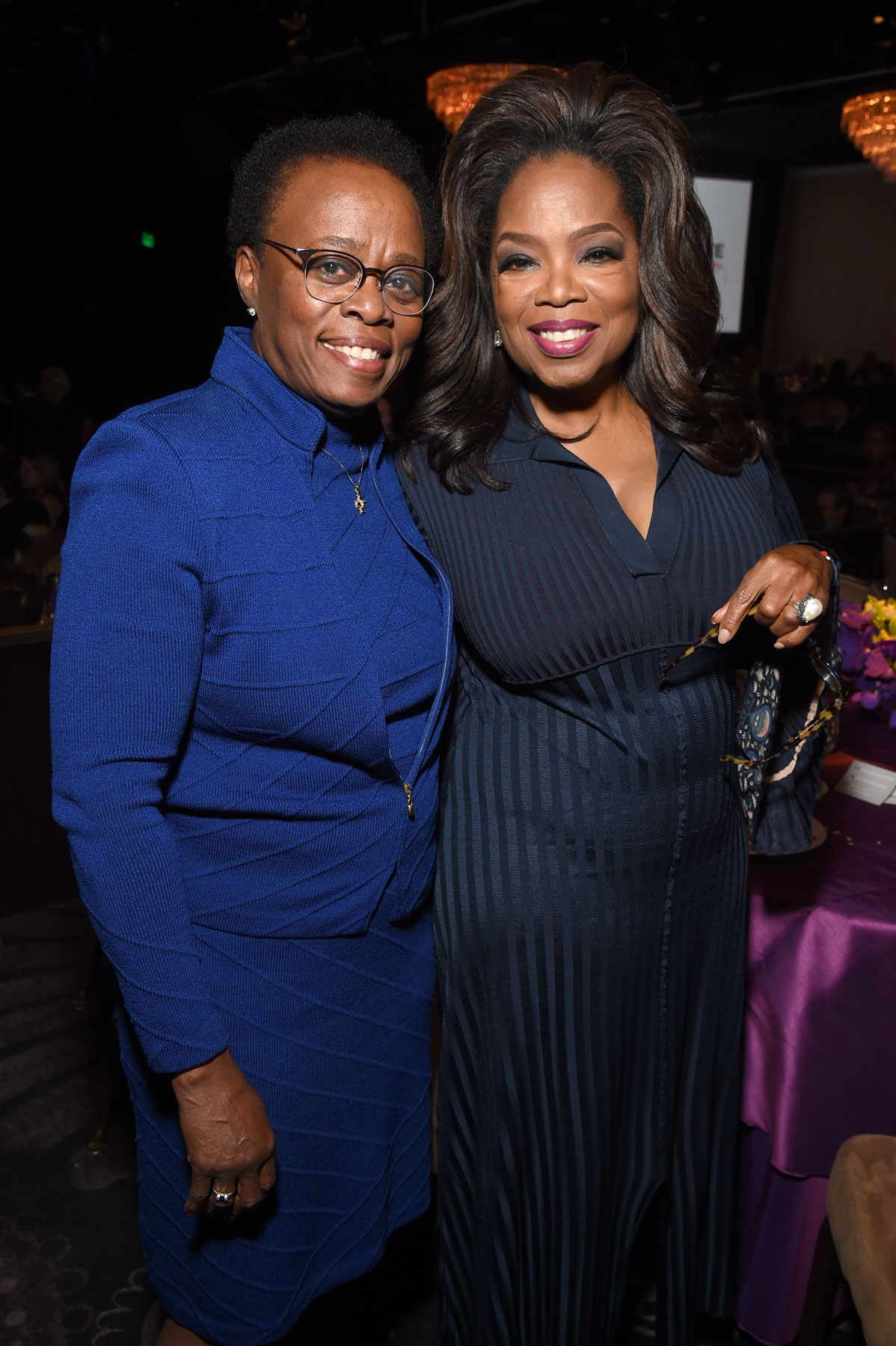 Interim USC President Wanda Austin and Oprah Winfrey attend the Ambassadors For Humanity gala benefiting USC Shoah Foundation honoring Rita Wilson And Tom Hanks. Winfrey was a familiar face at USC in 2018, having also been the featured speaker at the USC Annenberg School for Communication and Journalism’s commencement in May. (Photo/Michael Kovac, Getty Images) 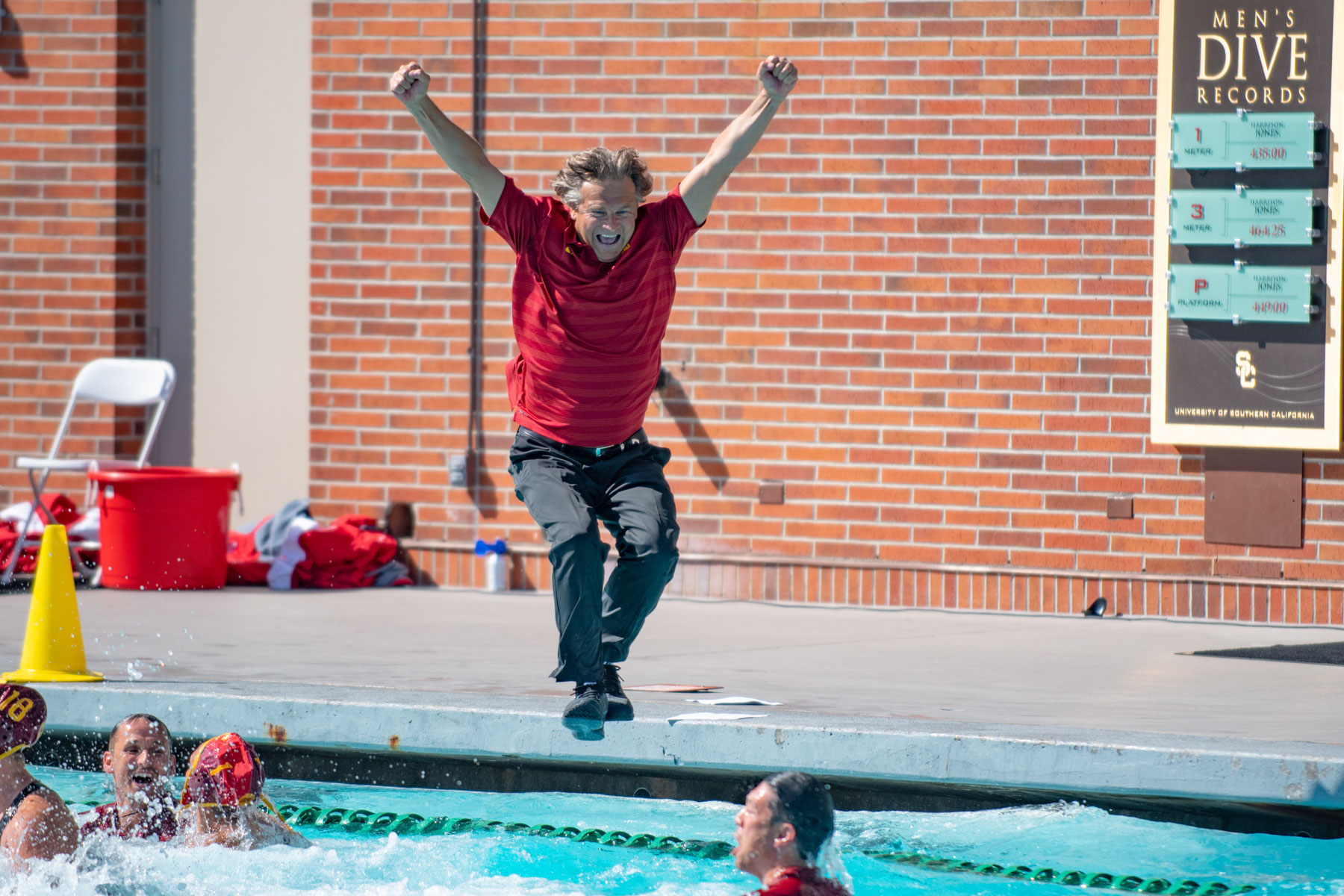 Jovan Vavic, National Coach of the Year for both men’s and women’s water polo, celebrates with his USC women’s team members after their national championship win over Stanford. The men also were national champions, also beating Stanford. (Photo/Matt Karatsu) 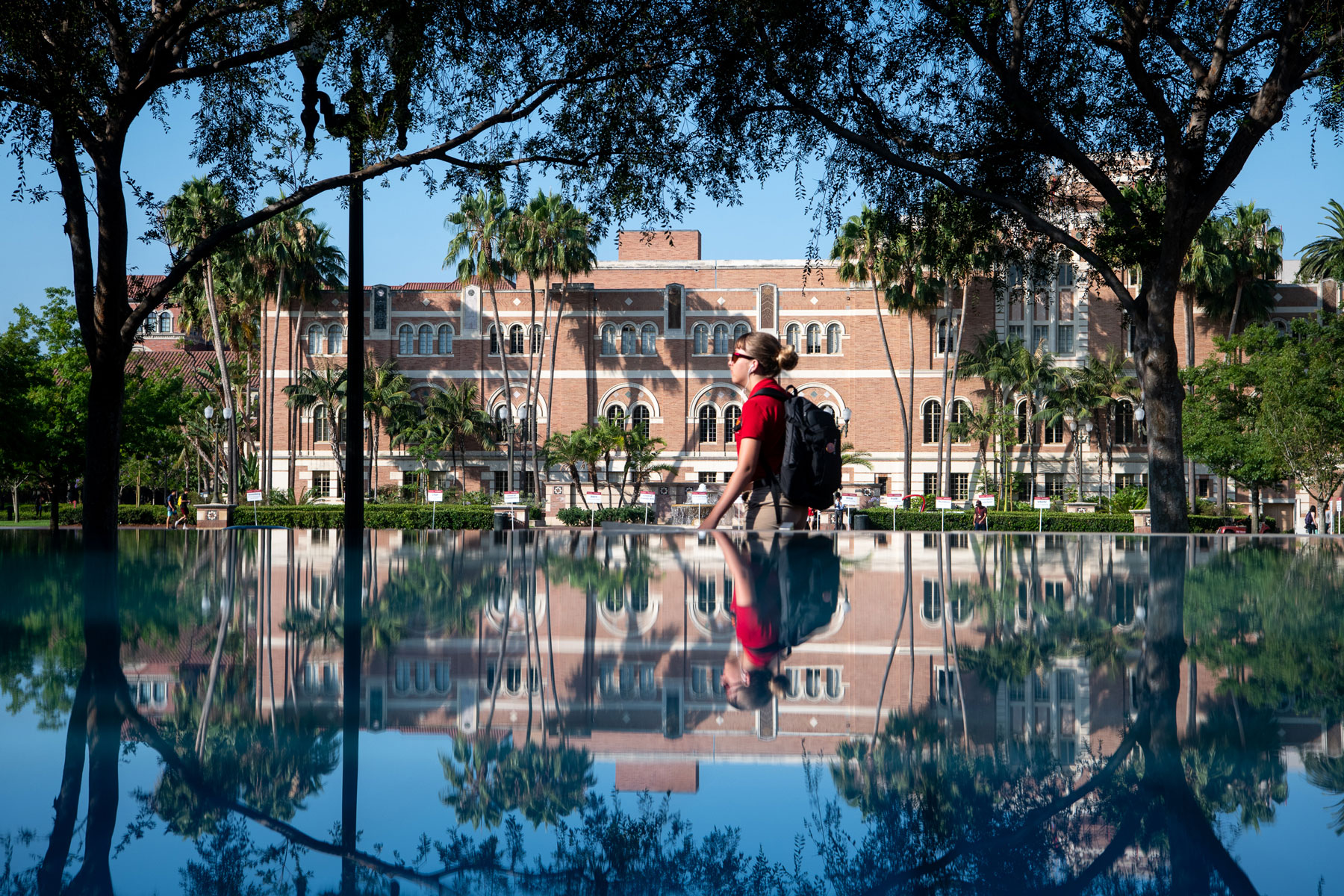 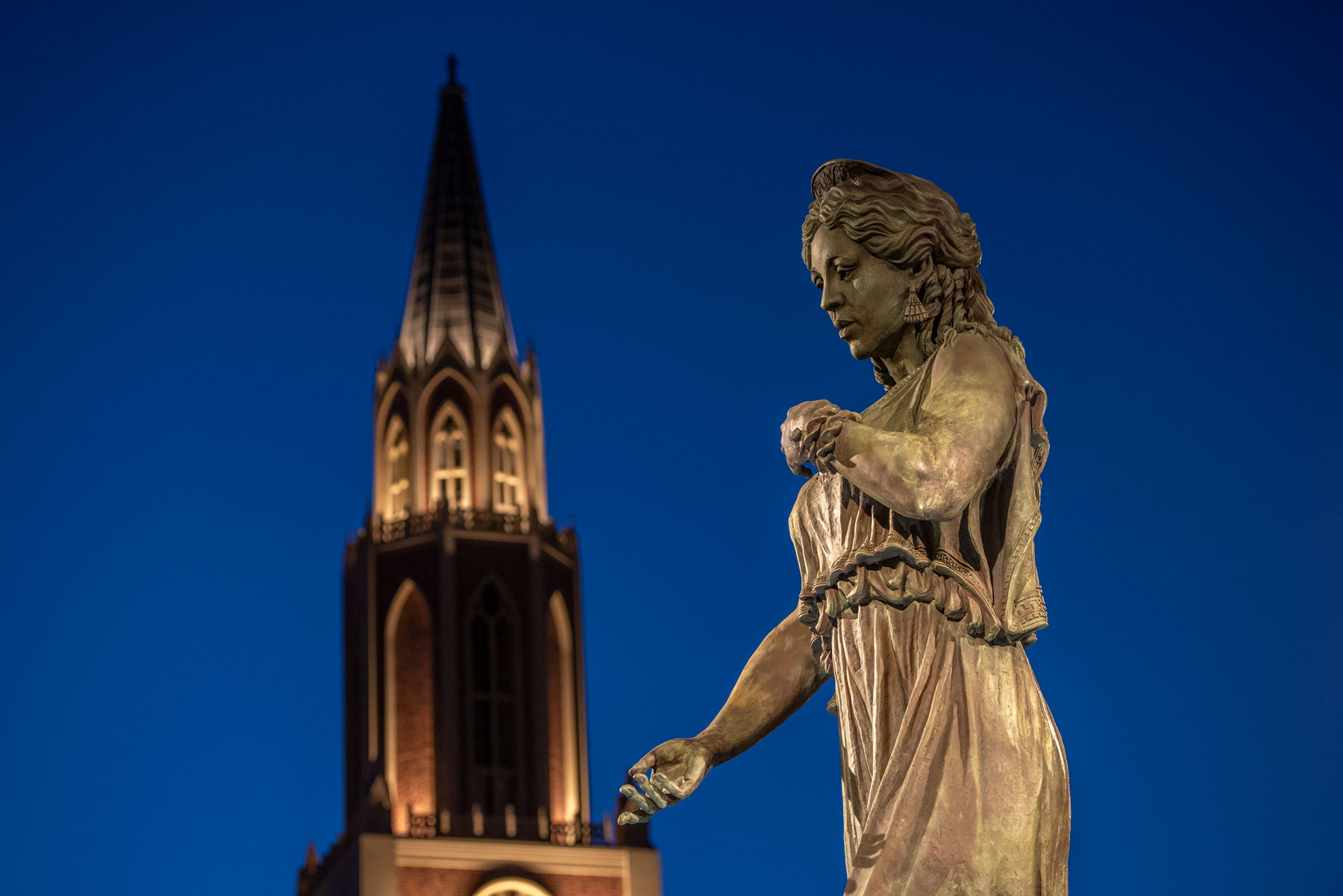 Hecuba, queen of Troy and one of USC’s newest icons, keeps an eye on USC Village as the sun sets on another day. (Photo/Chris Shinn)

USC 2018 | A year of profound changes for the university

✌ Year in review: Take a look back at a memorable year in which the university refocused on its priorities and made major changes to reinforce those Trojan Family values.

✌ Year in review: There are definitely perks to being in the entertainment capital of the world and the business capital of the West. Take a look at some of the famous faces who stopped by for a visit.

USC 2018 | Trojans who inspired us this year

✌ Year in review: Get a warm glow from the uplifting stories of these USC students, professors, alumni and employees.