Cultural appropriation is increasingly a topic of discussion and debate, magnified by the rise in social media. 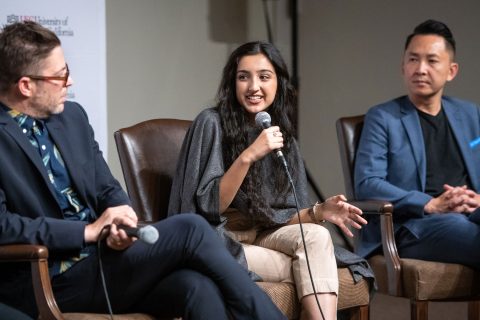 On Thursday, panelists at a discussion hosted by the USC Pacific Asia Museum in Pasadena shared their definitions of cultural appropriation, offered examples of it and its historical context — colonialism and genocide.

“Who owns culture? Who has the power? Ownership is a term that gets thrown around. People say we own this or that as a culture,” said Nguyen, Aerol Arnold Chair of English and professor of English, American studies and ethnicity, and comparative literature at USC Dornsife. “People are not just getting upset over a song or a dress. It becomes manifest in these outrageous incidents that dominate the news.”

Author, artist, curator and journalist Kun, who holds a joint appointment at USC Annenberg School for Communication and Journalism, noted that one other framework also determines appropriation: capitalism.

“Those encounters and those dominant marginal encounters and the removal or theft or extraction happen because those things become marketed or commodified in our culture. It has financial gain attached to it. It’s what we might call racial capitalism.”

Mayer said that social media has elevated cultural appropriation as an issue, both in positive and negative ways. While users are highlighting culture by sharing photos and thoughts about art, fashion, food and music, they also are subject to scrutiny if they appropriate items or traditions from other cultures.

“We can call people out when they are behind the keyboard,” Mayer said, noting that social media users were quick to criticize Gucci for the use of Sikh turbans. 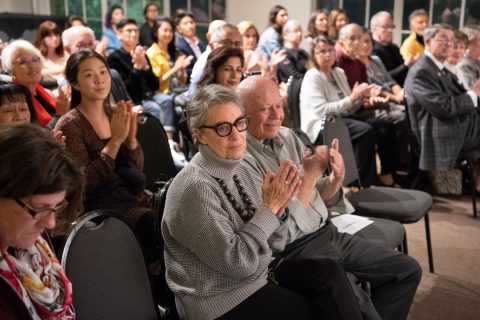 “The internet is also this space where people see themselves differently with culture,” said Chan. “You can see this cross-cultural interaction across the internet, but a lot of important information gets stripped out as well.”

Chan, who raised the issue of the teen wearing a qipao to prom, said that some people may ignorantly appropriate another culture’s art or fashion, but they should be responsible for doing the research. Otherwise, the display is insensitive and offensive.

Selma Holo, interim director of the museum, noted that the Pasadena building in which the museum is located is a 1924 Chinese Qing Dynasty-inspired mansion that has been “appropriated” for purposes of displaying Asian Pacific art collections and enhancing scholarship for faculty and students at USC.

Holo, professor of art history at USC Dornsife and director of the USC Fisher Museum of Art, told the audience that the famous French tale The Little Prince (Il Petit Prince) ends with an important message that indicates how to become more culturally sensitive.

“You become responsible, forever, for what you have tamed,” the prince says.

The renowned scholar is acclaimed for bridging his scholarship as a cultural historian with the curation of exhibitions, installations and public humanities projects with diverse organizations.

The museum highlights ties across the Pacific as it reopens after a yearlong renovation project.

Justin Brice Guariglia’s work, on display at the USC Fisher Museum of Art, captures gorgeous images of glaciers as they melt away forever.

What is the line between cultural appropriation and appreciation?